I think the time to consider ourselves “above politics” is over. When the fringes of society are making themselves heard on the internet, then the people in the center can’t just stay quiet and pretend their silence is loud enough.

So I decided to become Donald Trump’s bigliest fan on Twitter: 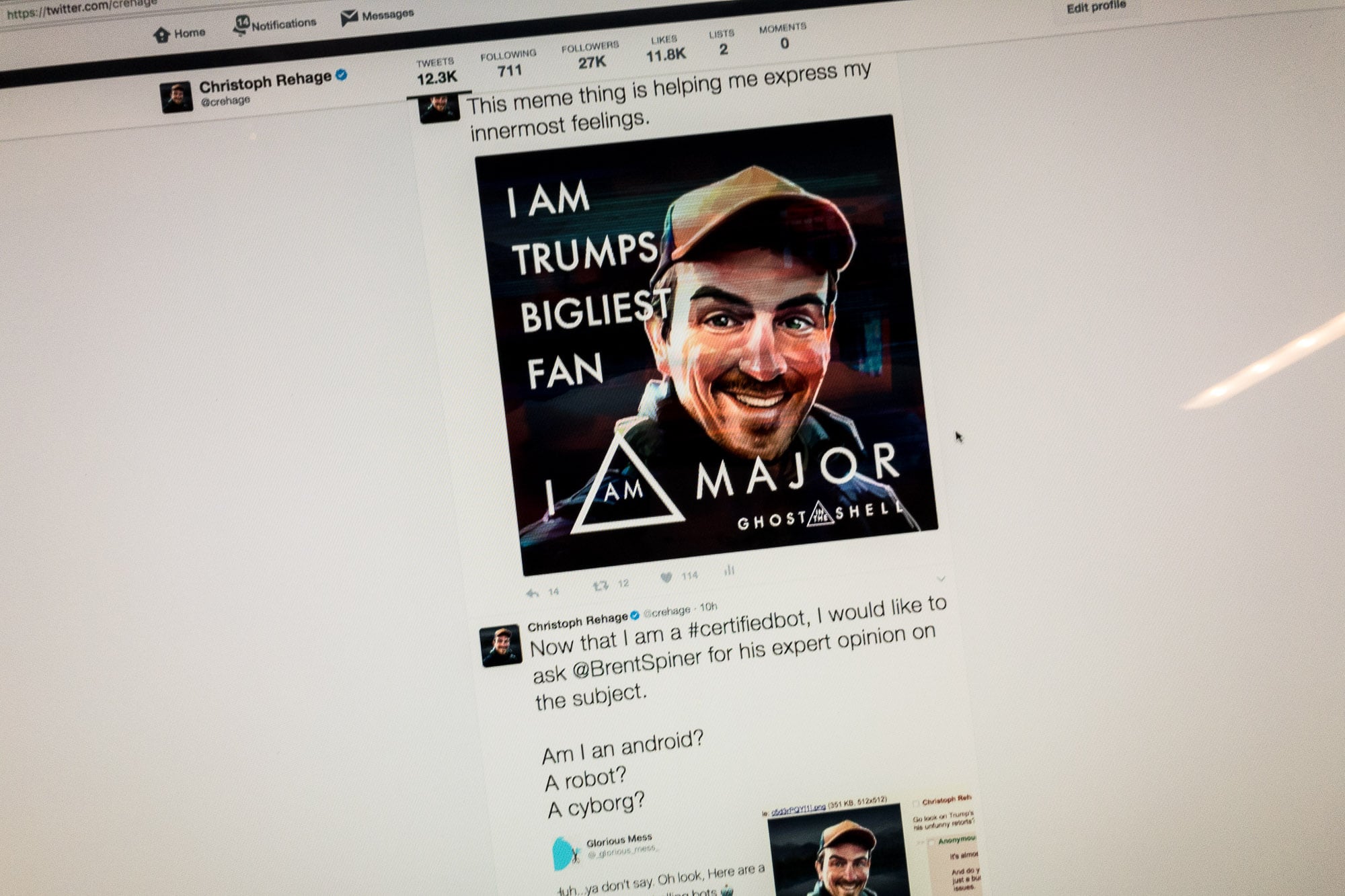 It’s simple. The man usually gets up pretty early in the morning. He watches Fox & Friends, and then he does some tweeting for a little while. So at around noon my time (as I’m in Europe right now) I refresh his feed. I often miss his first tweet, but sometimes I manage to catch the second or the third one.

Then, being Trump’s yuge fan, I post something overly euphoric under it: 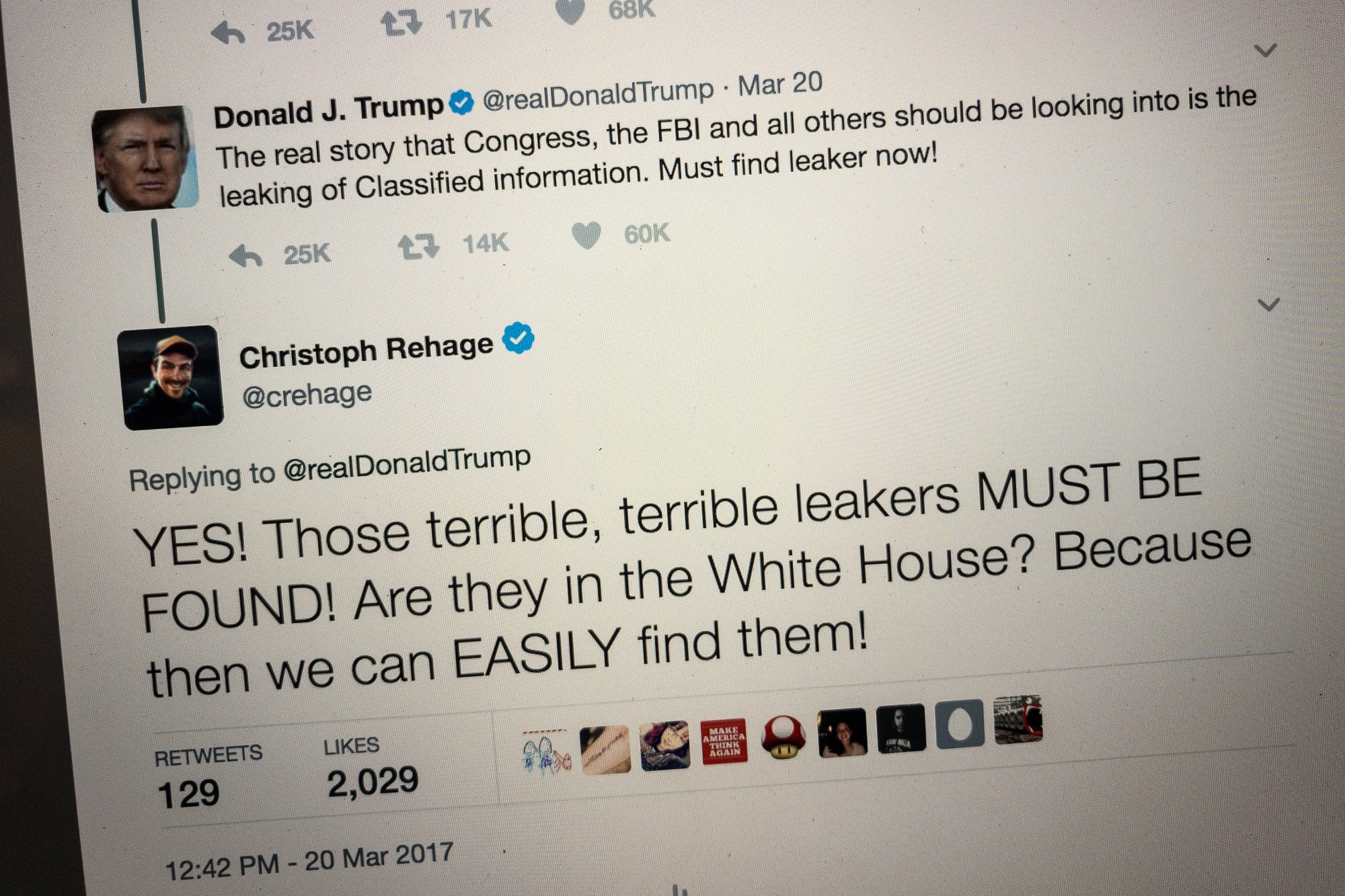 I make sure to start with the word “yes” in caps (and with a nice exclamation mark: “YES!”), and then I go into a rant about how GREAT everything is that Trump is doing or has EVER done. I use caps. A lot. And I always try to end with a nice little gif that has nothing to do with anything but still reminds me of Trump somehow: 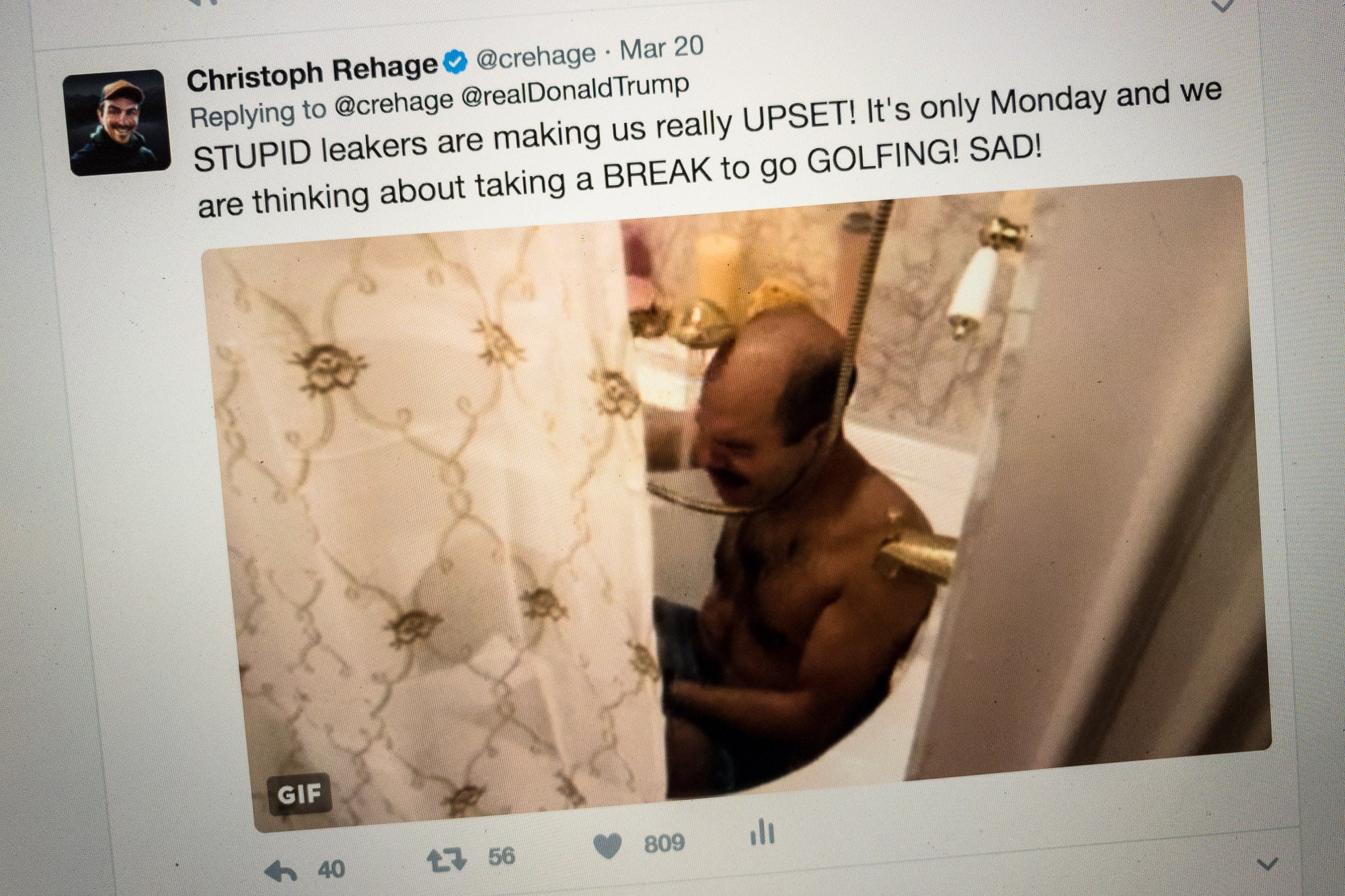 As a general rule, I avoid profanity. I try to not insult anybody. I take Trump’s rhetorics and his way of thinking and have some fun with it. I leave the factual arguments to the ones who are more qualified, and I usually don’t engage in lengthy discussions. If someone wants to fight, I tell them my MAGA-HAT controls me, and that’s that.

Now I don’t know exactly why, but these little rants of mine sometimes end up being among the top comments under Trump’s tweets. Hundreds (or even thousands) of people leave a little “heart” thingie under them, indicating that they apparently liked what they saw.

Actually, the whole thing reminds me of the time when I was making satirical comments about Chinese politics on Weibo. Back then, in the confines of an autocratic regime, the only way to get a point across without being censored was satire.

And there’s another thing that reminds me of China: the conspiracy theories.

The ones who didn’t like me on Weibo would often speculate about my background. Was I being paid by a group of rich dissidents? By the United States? By Merkel? Was I actually just a figurehead for some obscure team of content creators who did everything for me? Did I even speak Chinese?

Now, in Trump’s Twitter comments, I am reminded of China: 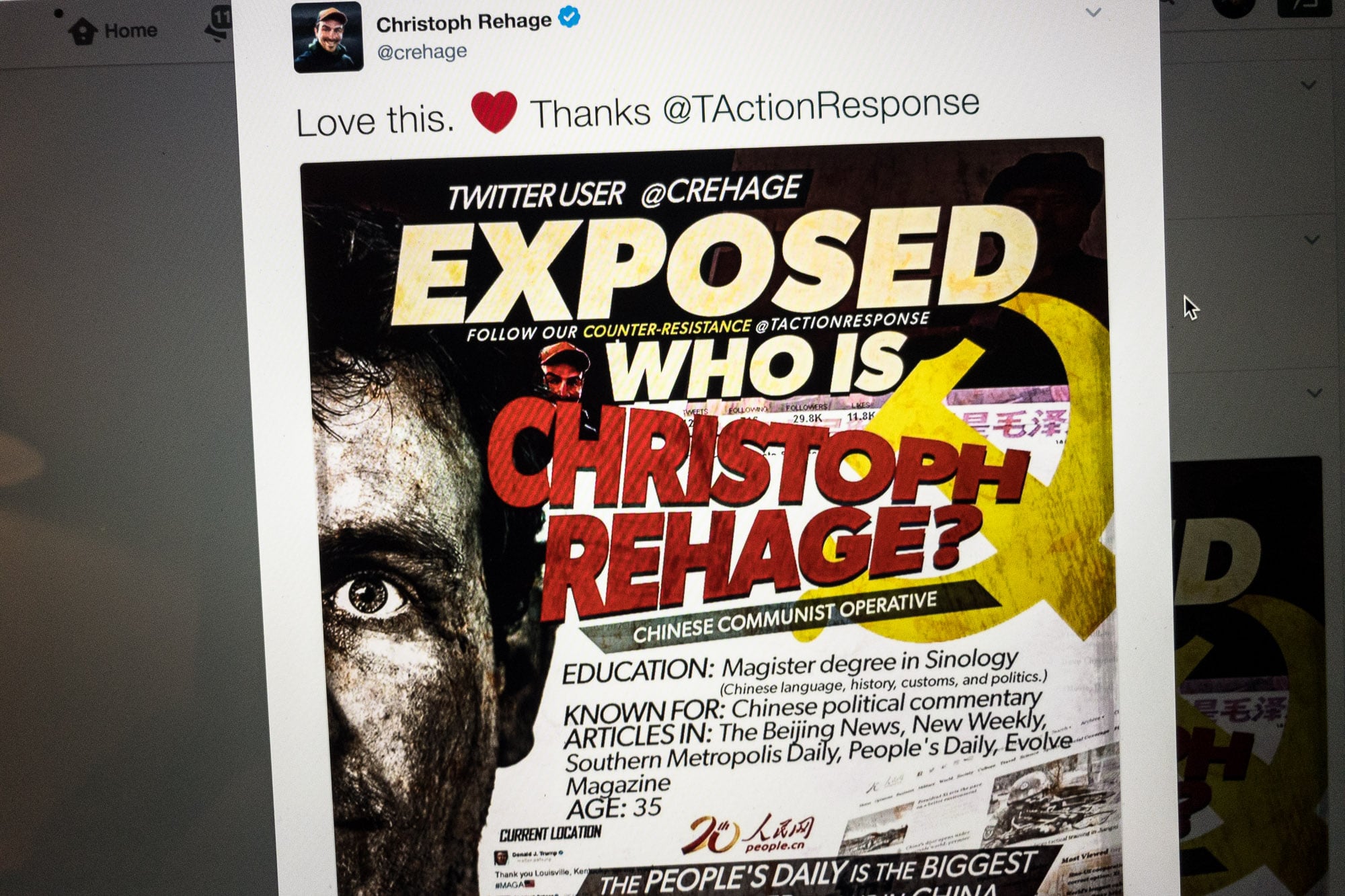 His supporters often seem to wonder how much time I have and how I “always” end up being the top comment under Trump’s tweets. They suspect Twitter of having some sort of special deal with me. Of pushing me to the top on purpose. Of giving me early access to Trump’s tweets. They wonder if I’m being paid by the Clintons. By Soros. By Obama.

Because for these people, the world is full of conspiracy and wonder.

Once I found a wad of cash from one of my previous travels and showed it to them: 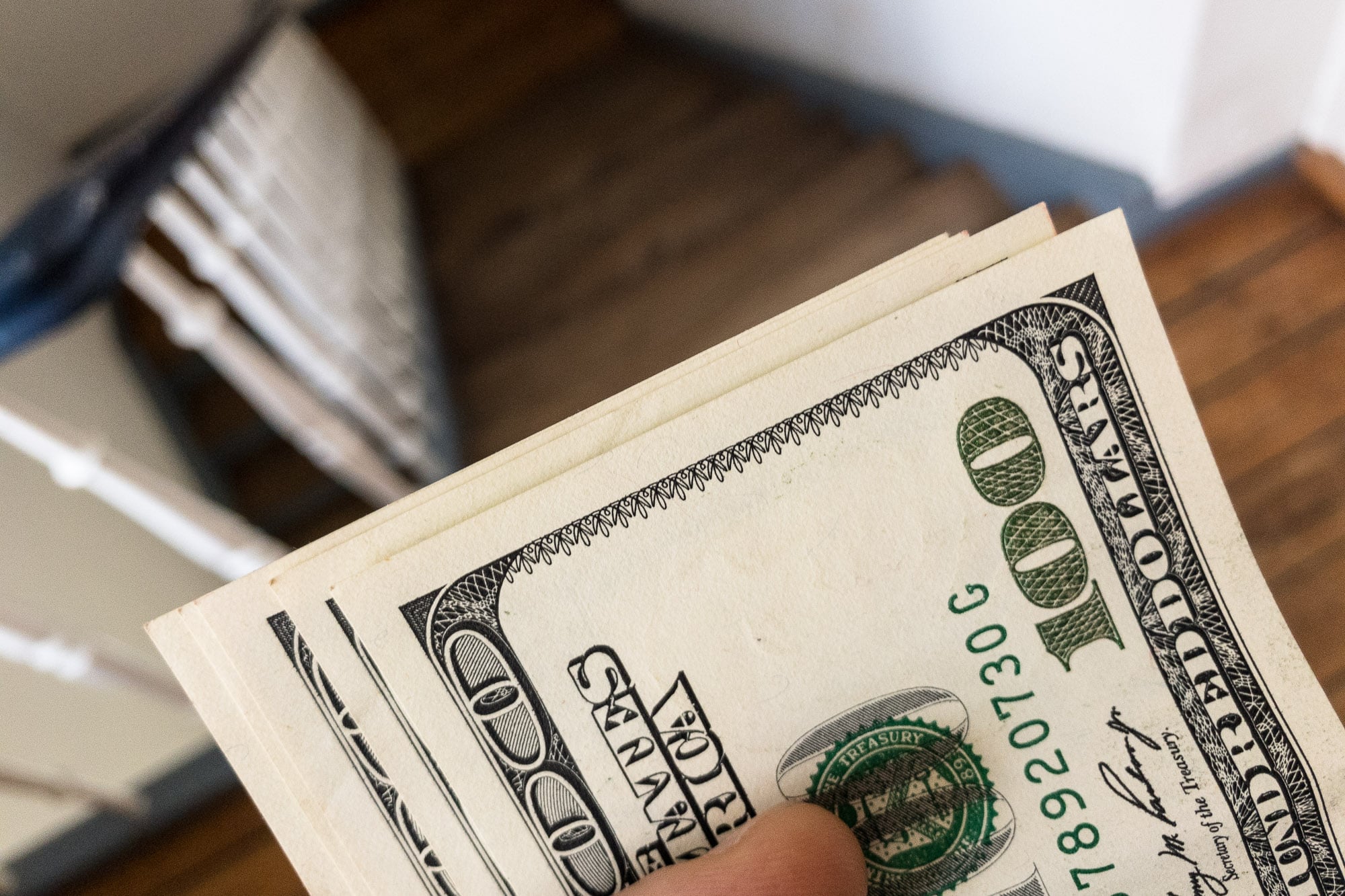 “Hard-earned Soros money!” I said, but they really didn’t think it was funny.

Some other people apparently did.

[Edit: Why do I think this is my business? Because I care. I have friends in the US, and I want them to live in a safe and open environment. Besides, the US has been Europe’s biggest ally for several decades now, and whatever happens there will impact me as well.]

[Edit 2: Do I think Republicans are bad? No. Every society needs progressives as well as conservatives. The United States could have had a Republican President. Instead they got a populist.]