The day started peacefully. I woke up around nine in the morning, thinking I had quite a bit of time left to get to Dresden for my next presentation. Most shows started in the late afternoon or at night anyway.

I turned on my phone and received a text message from the organizers reminding me that my presentation was supposed to start at two in the afternoon. Not at four, not at six, not at eight, but at two! I was such an idiot.

I frantically checked all the timetables for trains and realized that there was only one way I could get to Dresden in time. So I hopped on a train to Leipzig, which was about half-way. Then I got into a taxi.

Do you feel like driving all the way to Dresden? I asked the driver.
He shrugged, and off we went.

I got to Dresden on time, but the ride cost me two hundred and twenty two Euros, which would have been tragic, had I not learned so many interesting things from my driver, a gentleman around sixty.

Phew, I said, sorry about that.
He shrugged. Then he told me that the situation wasn’t really that bad. In fact it was pretty good. He found himself on the right side of the political spectrum, and he would have liked to get rid of those immigrants who he figured weren’t “real refugees”, but he told me that the situation was really not as dramatic as the media were making it out to be.

That’s nice to hear, I said.

Then we talked about the role of the media for a while.

“You see”, he told me, “I don’t understand why people always make former East Germany appear to be some sort of cruel dictatorship! It really wasn’t. We led normal lives, we had income from work, and we had six weeks of vacation every year! It really wasn’t all that bad!”

I said that I, too, was wondering why people always tended to imagine dictatorships as being absolutely dark and brutal, when many actual dictatorships seemed to be more grey and paralyzing.

Then we went on to speak of different things, and in the end we started talking about family.

“I used to have two brothers”, he said, “but they probably died.”

Probably? I asked, what does that mean?

“Two bodies were found in the Baltic Sea, and we think it was them, but they were impossible to identify.”

What were they doing in the Baltic Sea? I wanted to know.

“They were trying to flee” he said, “from East Germany.”

And then he shrugged.

Once I got to Dresden, everything went well.

Everything except for my remote control, the thing I use to switch from one photo to the next during my presentation. It broke down, and I ended up telling half-assed jokes on the stage while the organizers were looking for a back-up remote to give to me.

In the end I guess it all turned out to be fine: 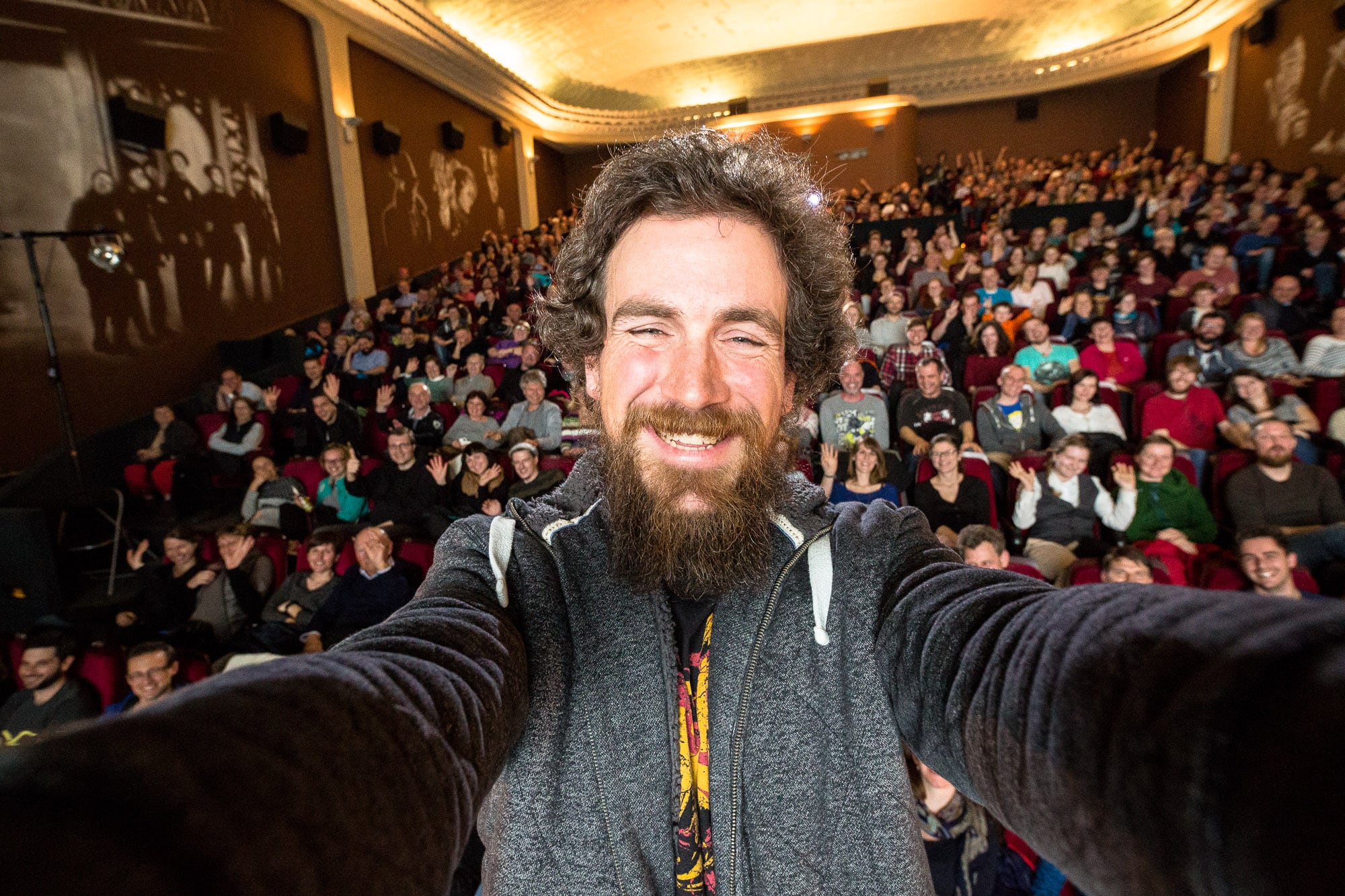 The audience had a lot of patience, and they enjoyed themselves.
At least I hope so.