Our flight was going to depart at four in the morning.

So we went and had one last dinner at a Georgian restaurant around the block: 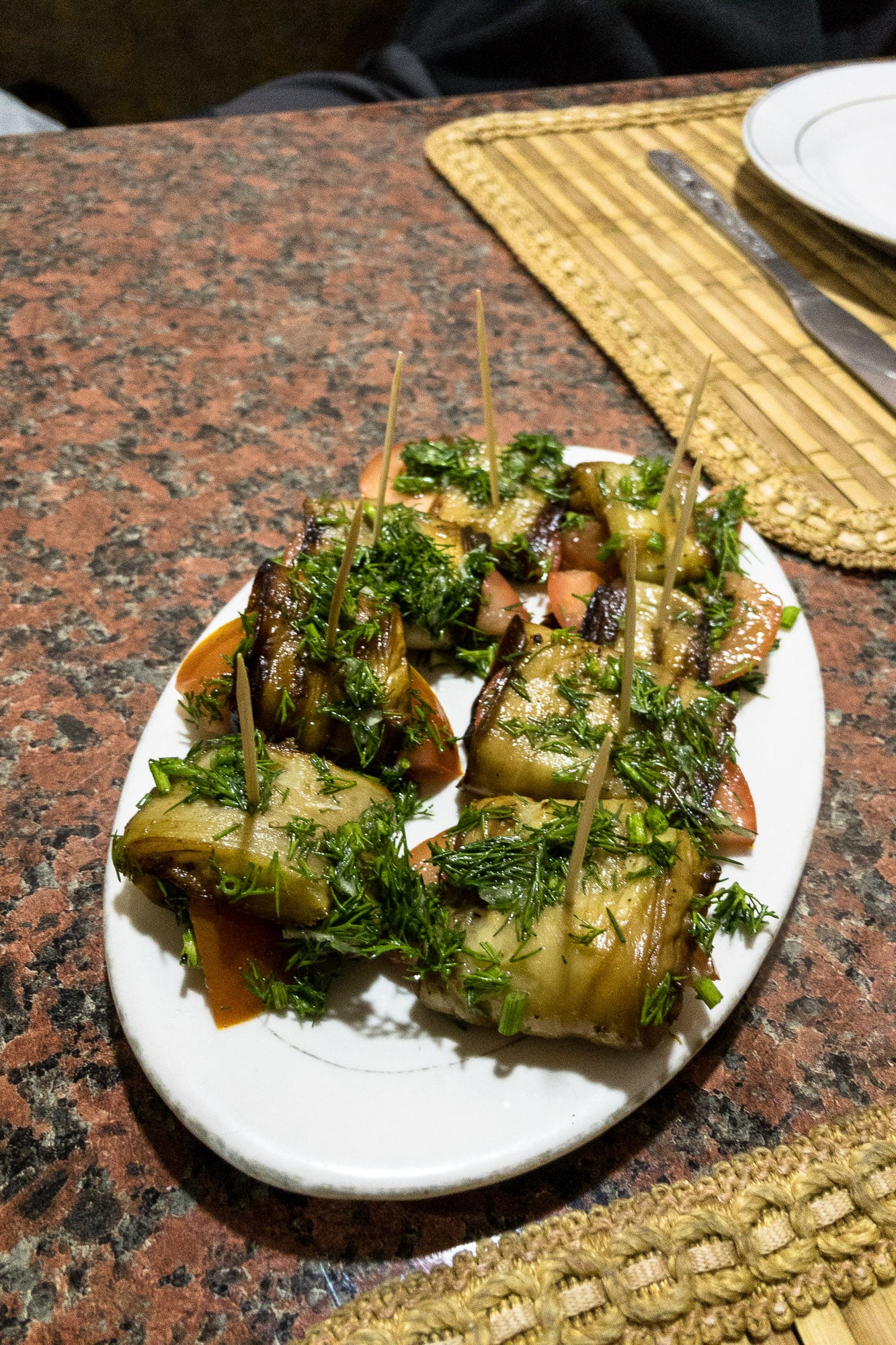 Awesome it was, a poem of meat… 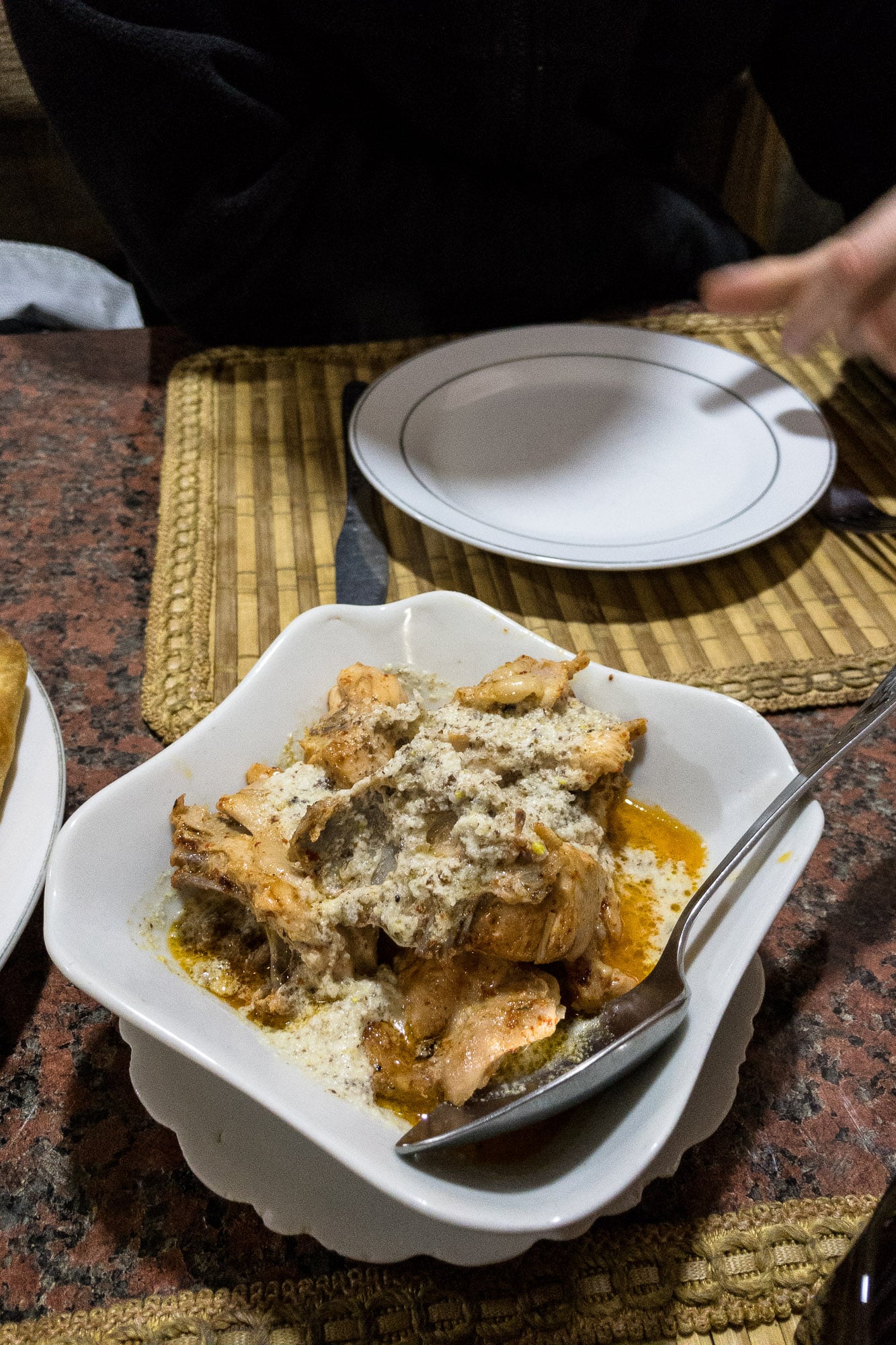 …of bread and of cheese… 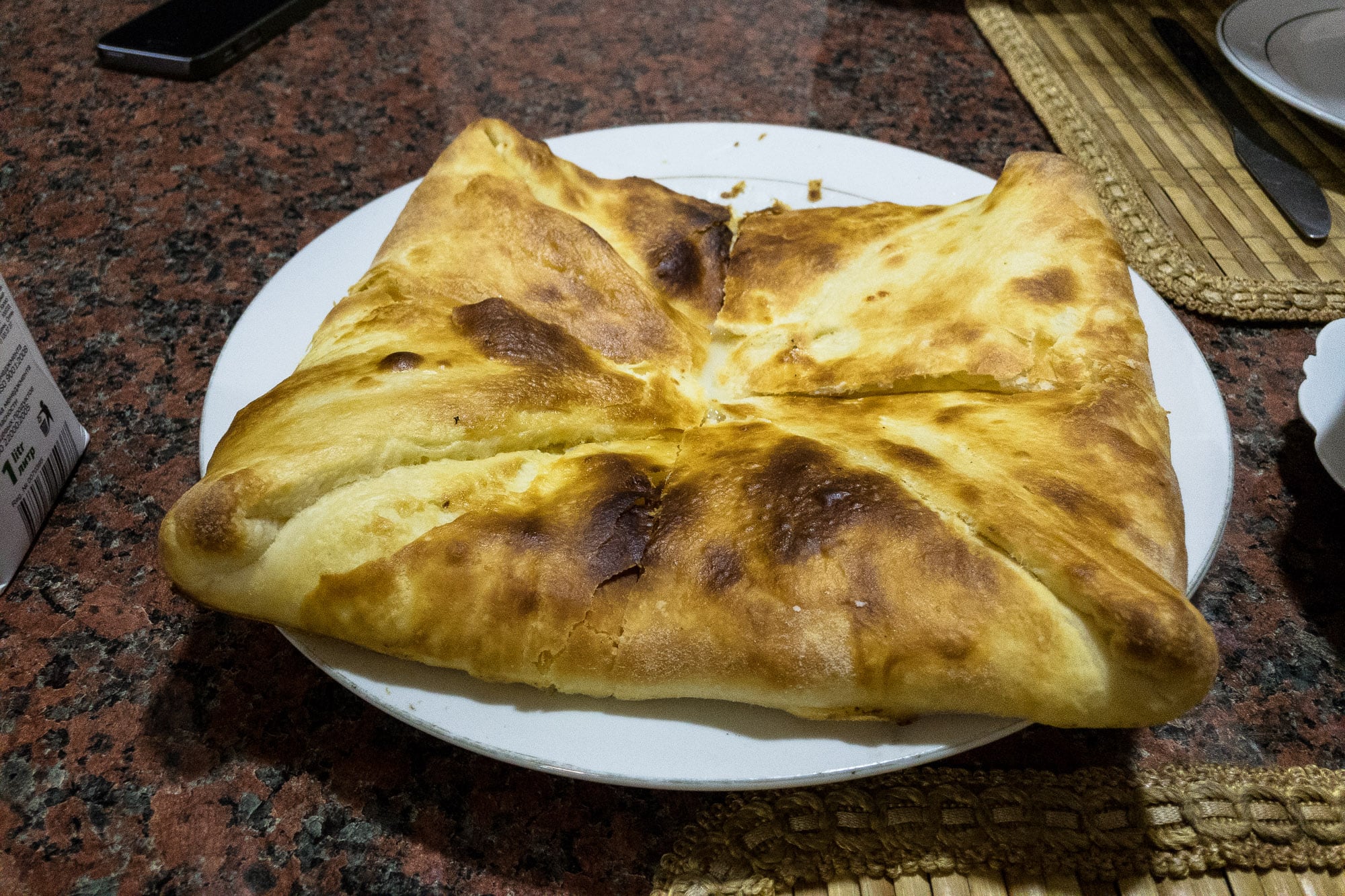 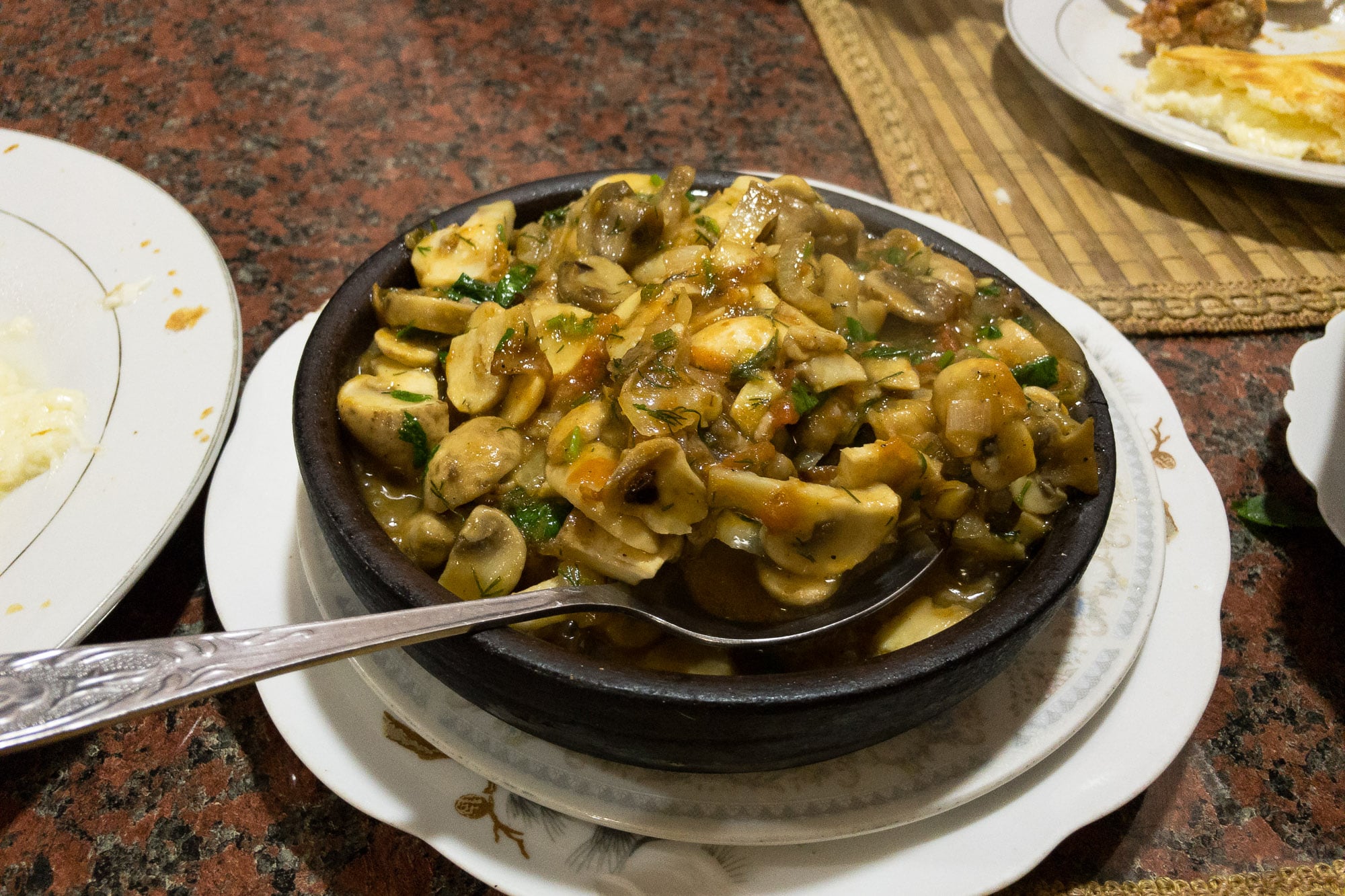 It was only after we were done with all of this that we realized how much the other passengers on our flights were going to love us for this.

We settled the bill in the usual way: 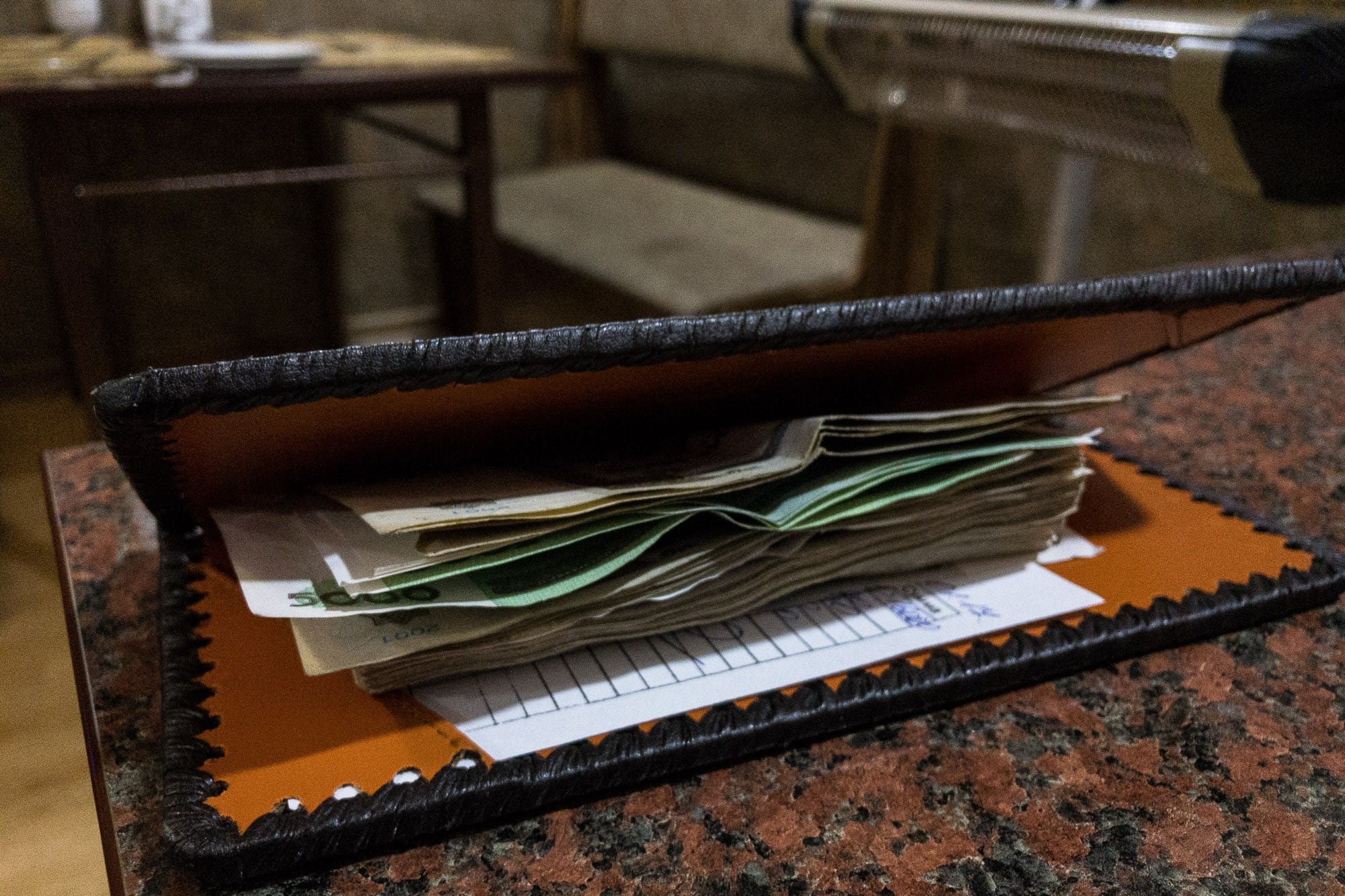 With a large amount of bills.

Then we took a cab to the airport, went through multiple layers of security, counted all our money and filled out custom forms for it just like I had on the first day I entered Uzbekistan more than a month earlier. Then we hopped on a plane. It was going to take us to Moscow: 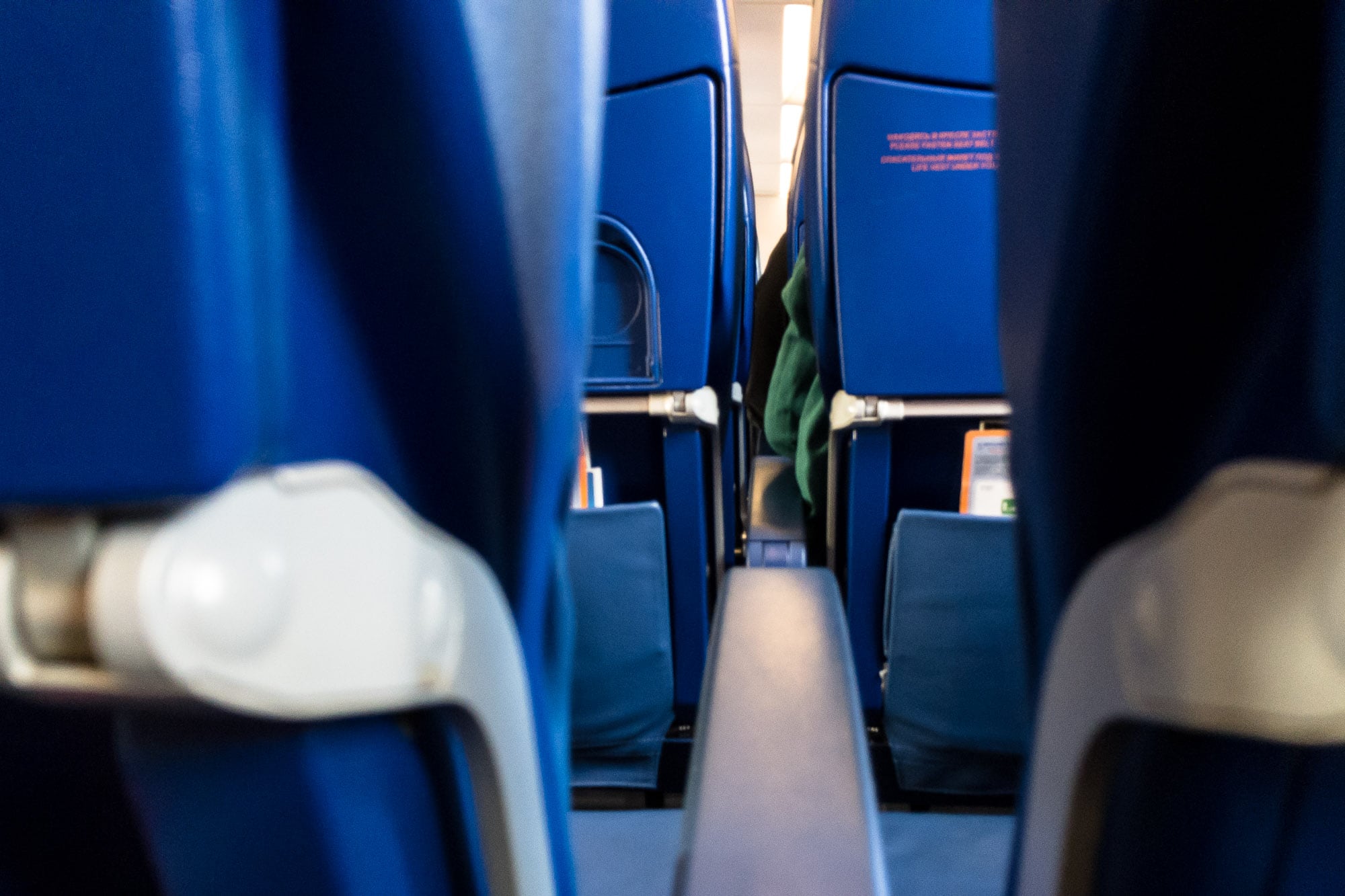 Little did I know I was going to run into a man I greatly admire: 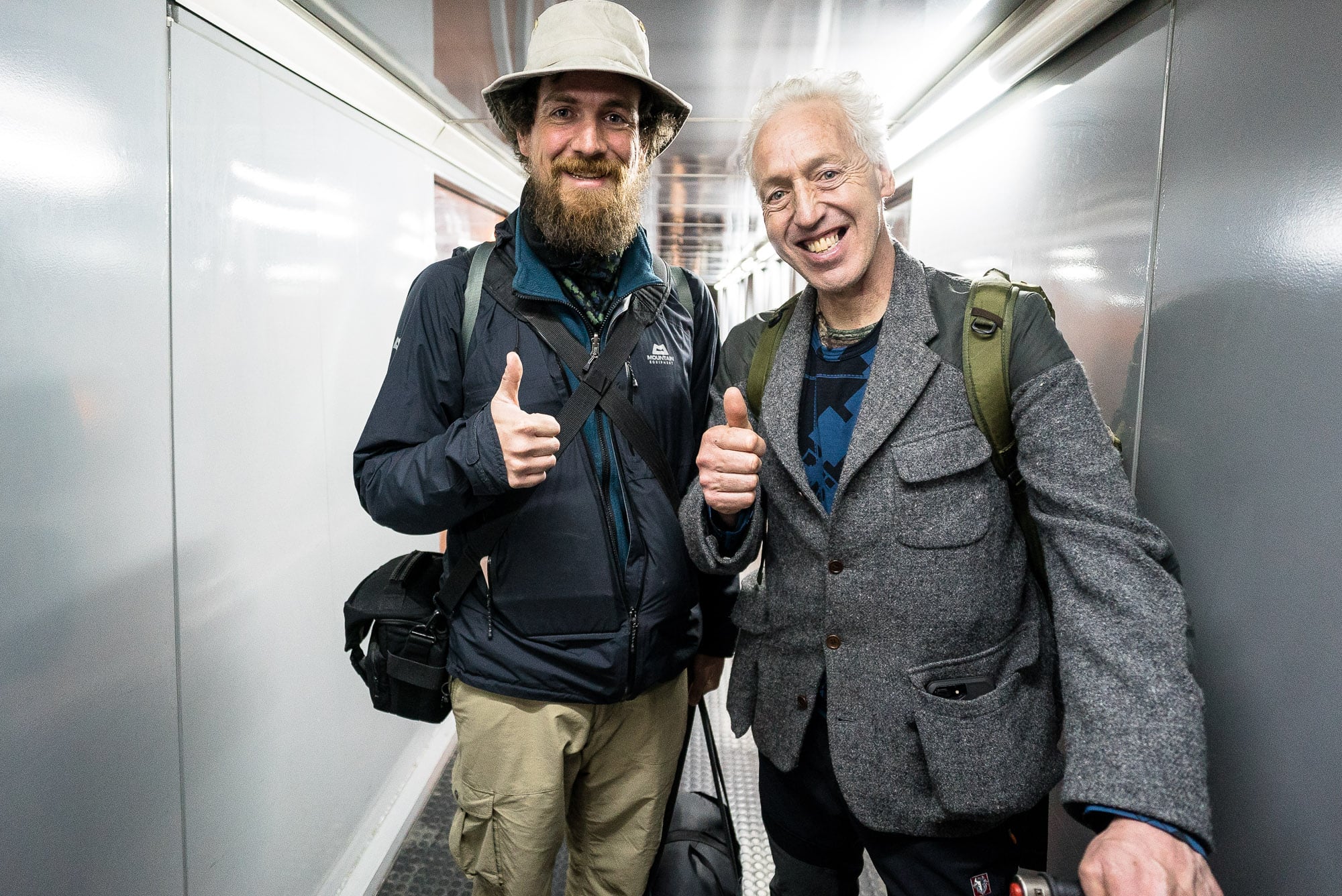 This is William Lindesay. I had reviewed (and liked) one of his books about a run along the length of the Great Wall several years earlier. There was another reason for my admiration, though: this gentleman has devouted much of his life to the protection of the Great Wall. Isn’t that awesome?

And now we were on the same plane!

When we landed in Moscow, the airport looked like money. Luxury shopping all the way. I could understand why visitors from Central Asia would think that Russia was an economically successful country, if this (and the big cities) was all they ever saw.

Looking for a place to sit, we stumbled upon a person who had apparently gotten stranded at the airport: 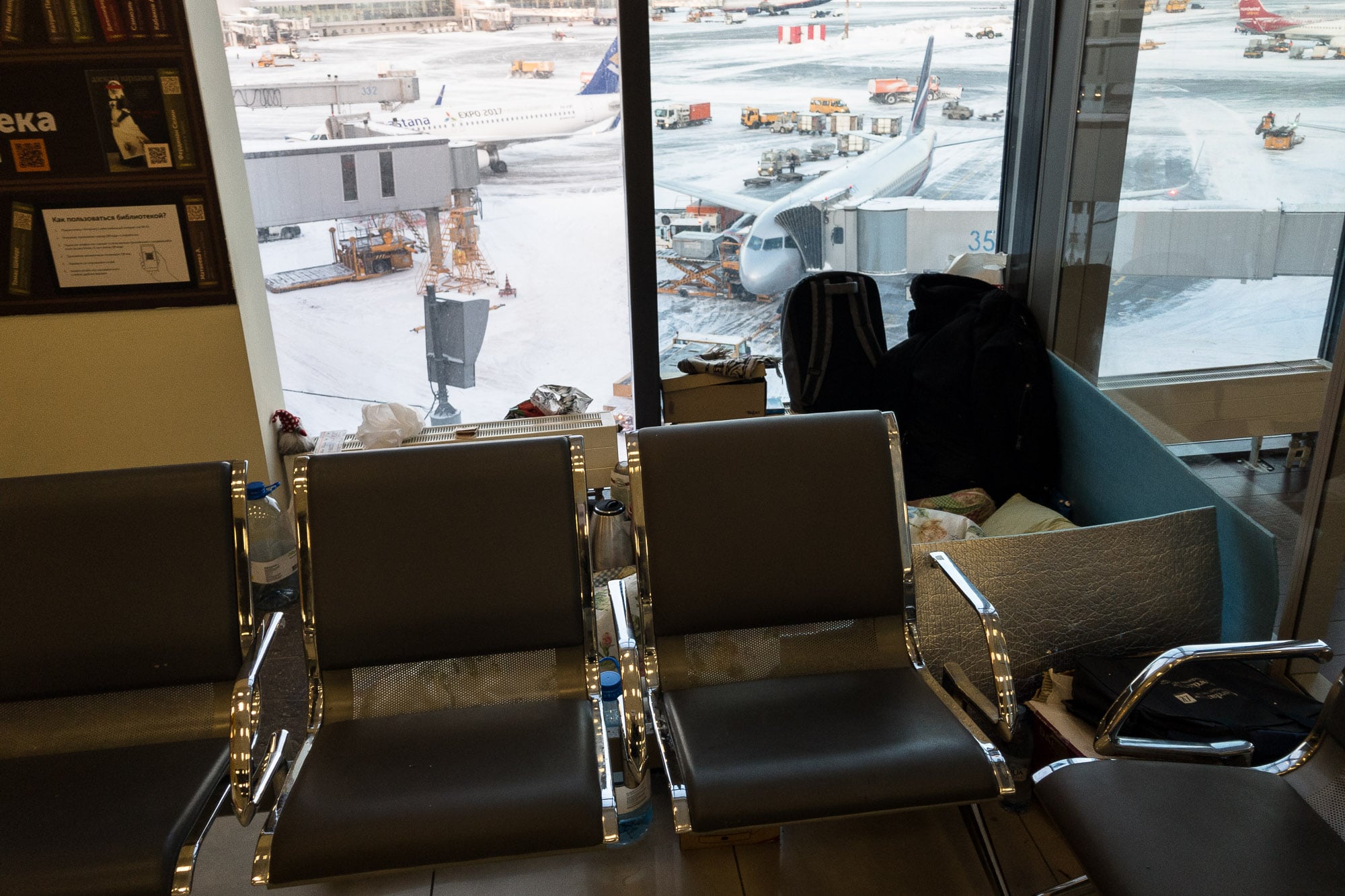 I wasn’t sure what to make of this. Was it just bureaucracy gone awry? Or was this one of the millions of individuals that made up the global refugee crisis? The airport seemed to be flowing around him like a stream around a rock.

We got on our second flight, which was going to take us home to the North of Germany: 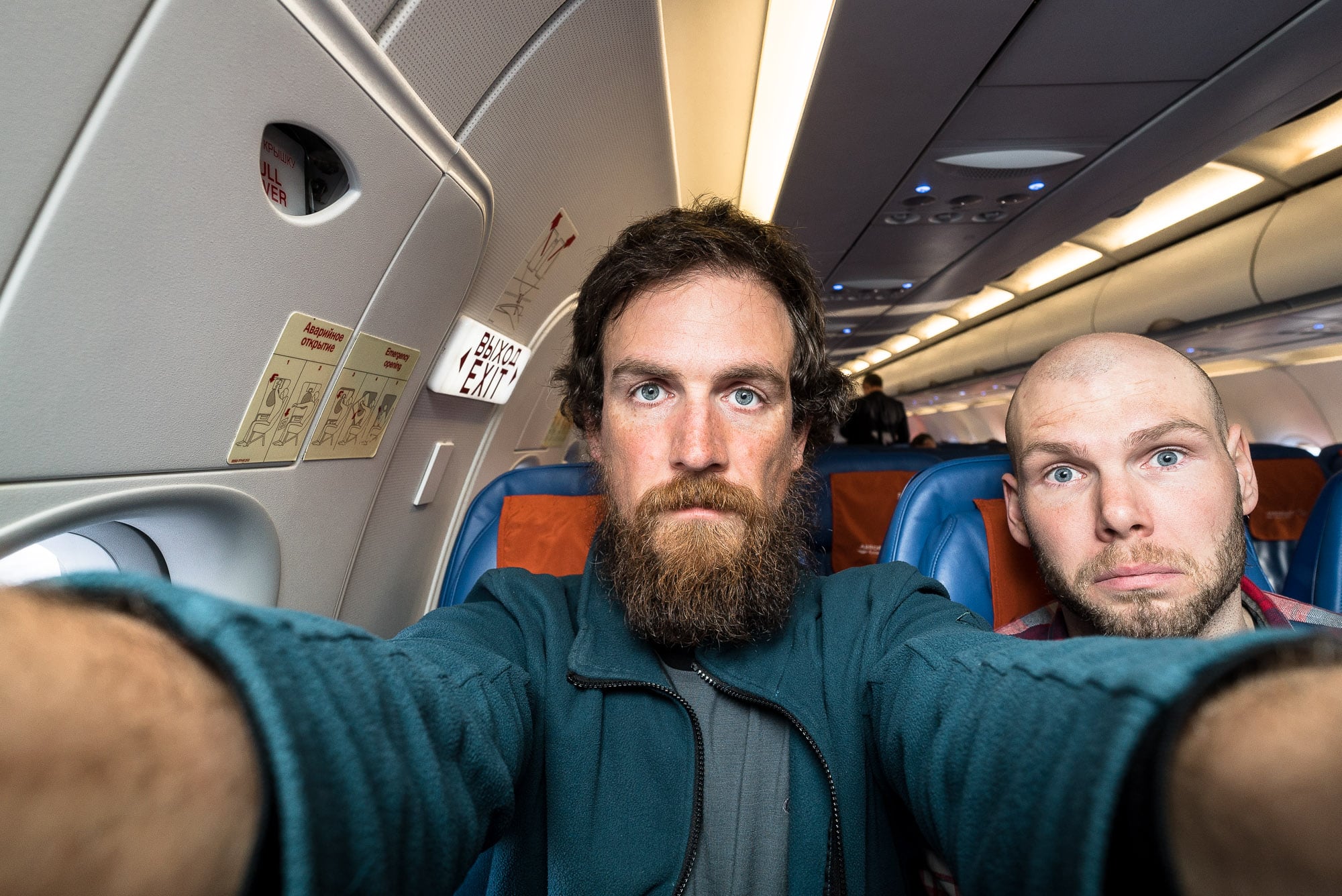 That’s when we realized that our trip together had come to an end.