Remember how we tried to see one of the world’s oldest surviving copies of the Qur’an, but we failed? That was more than two weeks ago.

Today we came back, and we triumphed!

First we bought tickets, then we inserted some money into this strange looking machine: 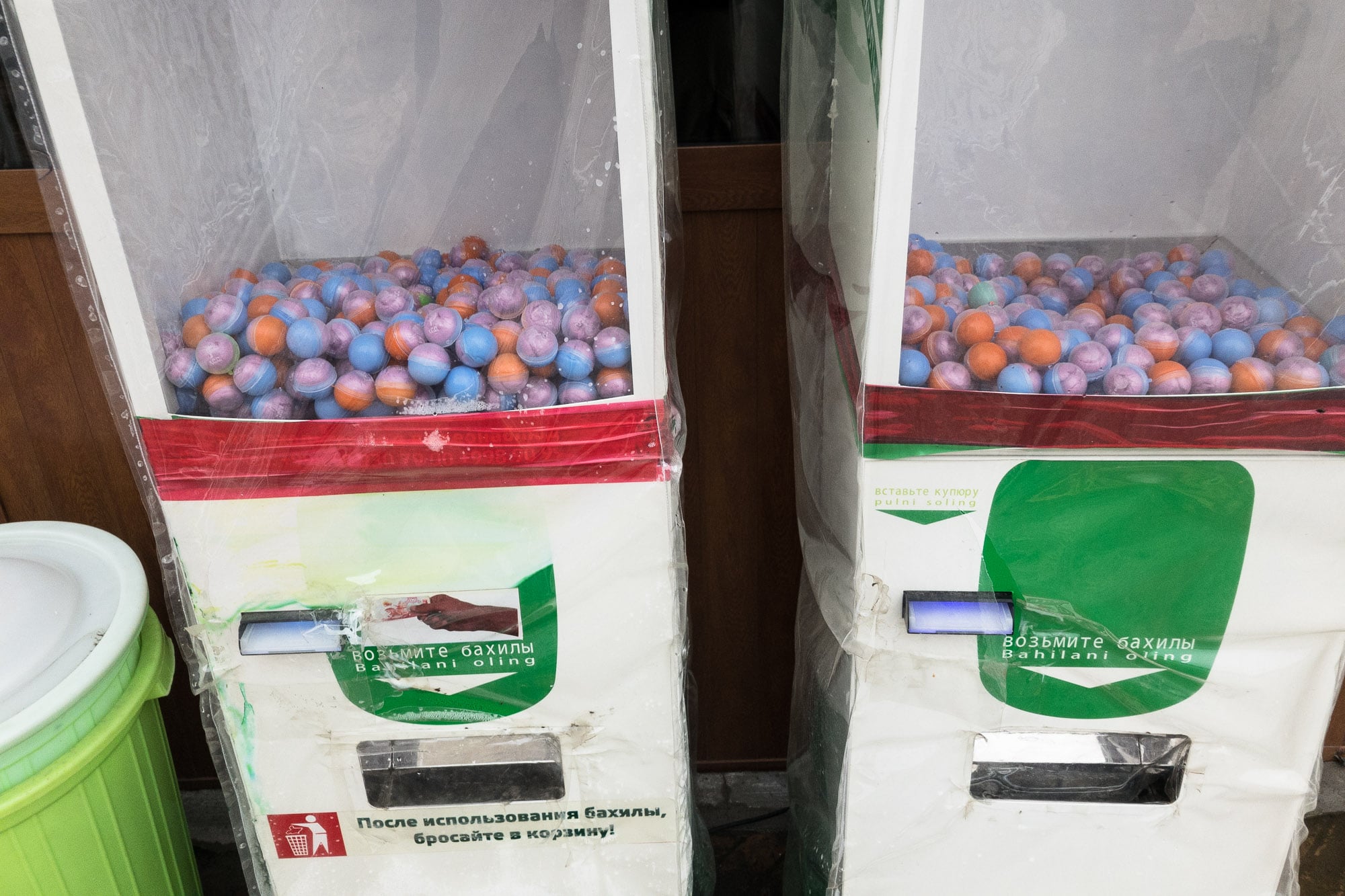 I thought it was a dispenser for chewing gums at first, but it wasn’t.

The little balls that we received from the machine contained protective covers for our shoes: 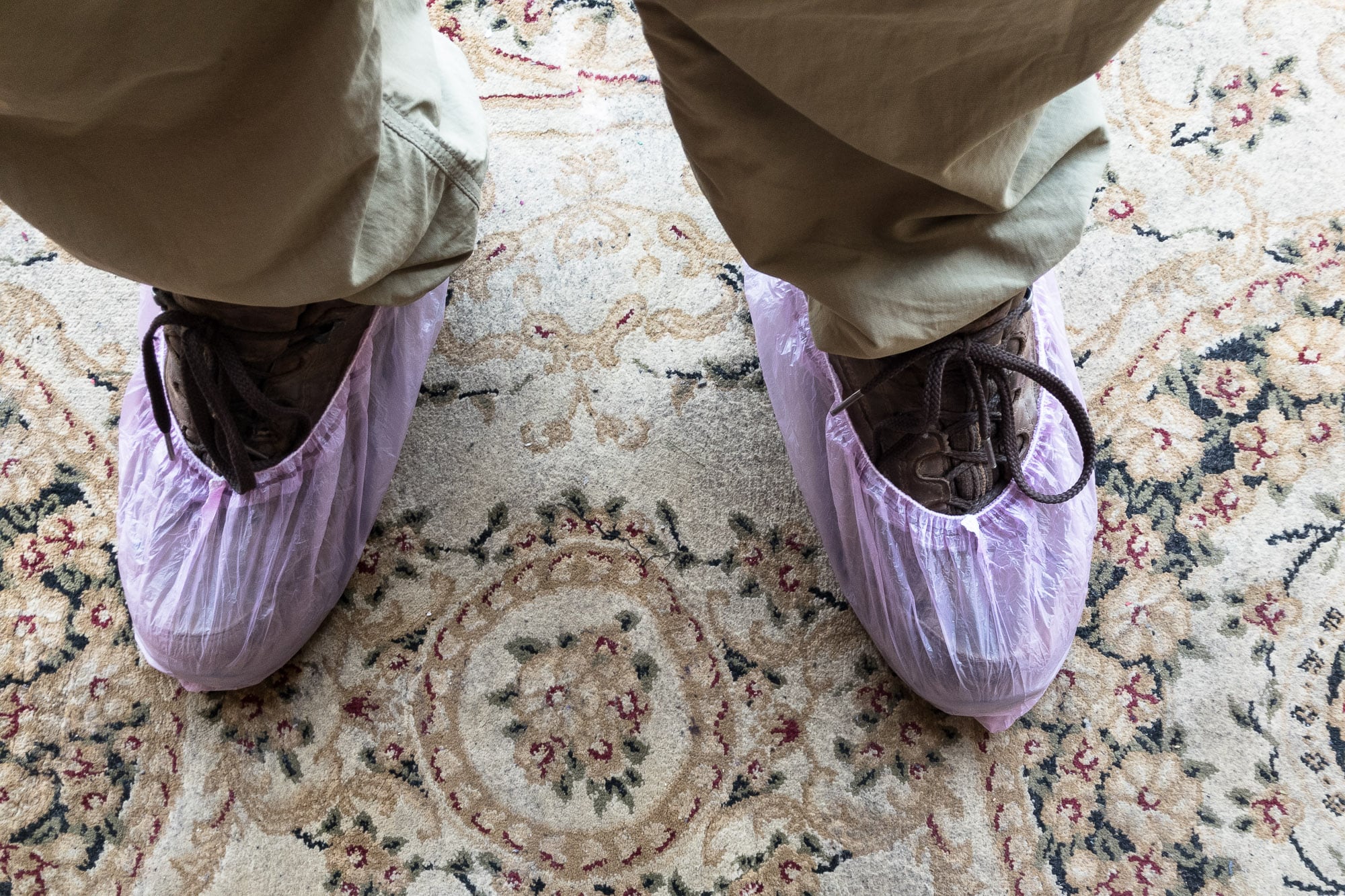 Other people had just opted to take their shoes off: 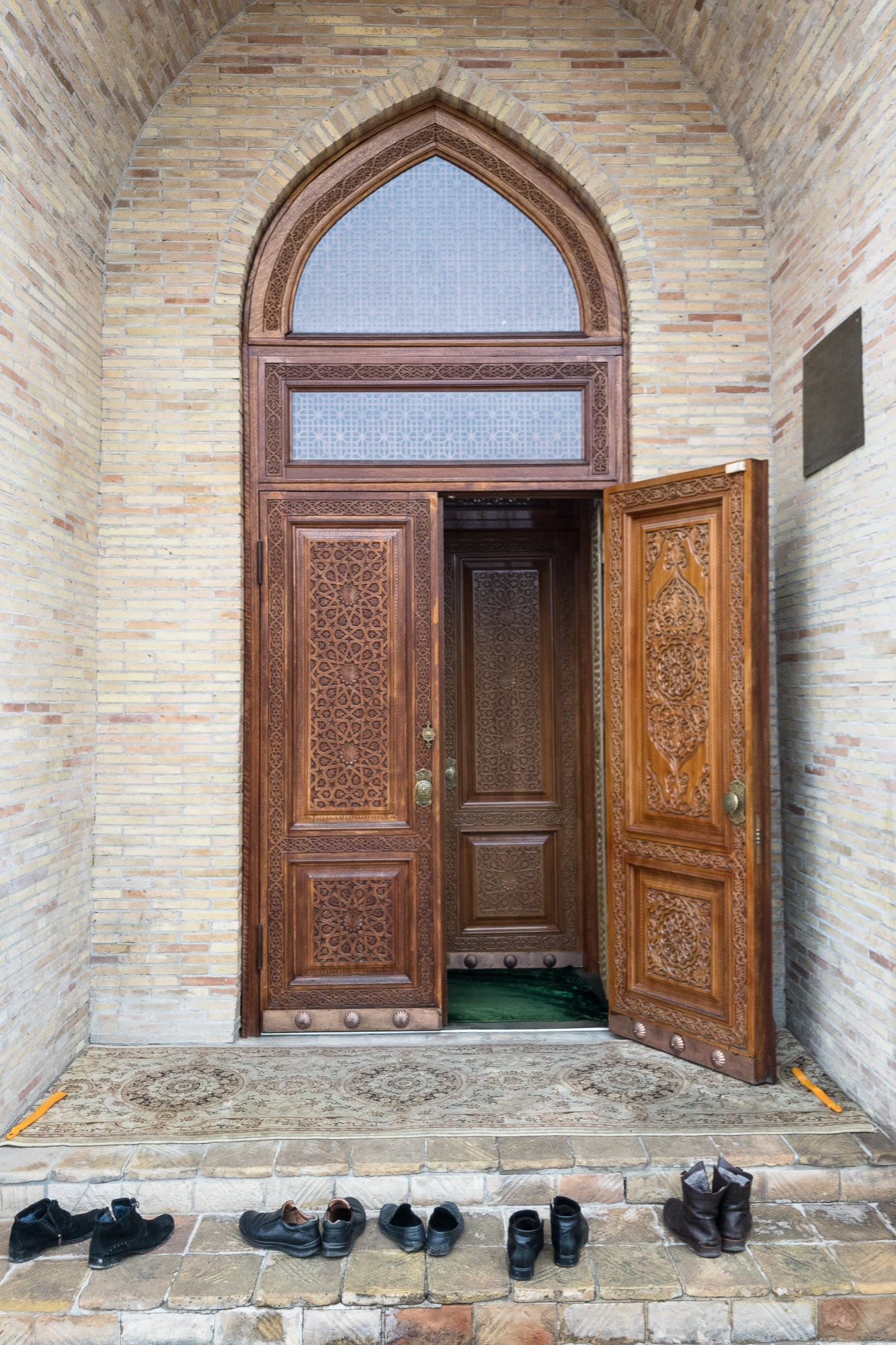 And then we saw it. One of the oldest, maybe the oldest, copy of the Qur’an. Far more than a thousand years old, written on what was apparently deer skin.

I didn’t take any photos (because that wasn’t allowed), but I wish I had, because I have a question about these old Arabic and Persian texts that were stored with the Qur’an: why is are there almost always red words and annotations in them? It’s as if someone wrote the text in regular black ink, then they thought of something awesome to add in, and they chose to use red ink for that.

It can’t be that simple though. So what is it?

Anyway, when we left the building that housed those old books, we had a sense of achievement: 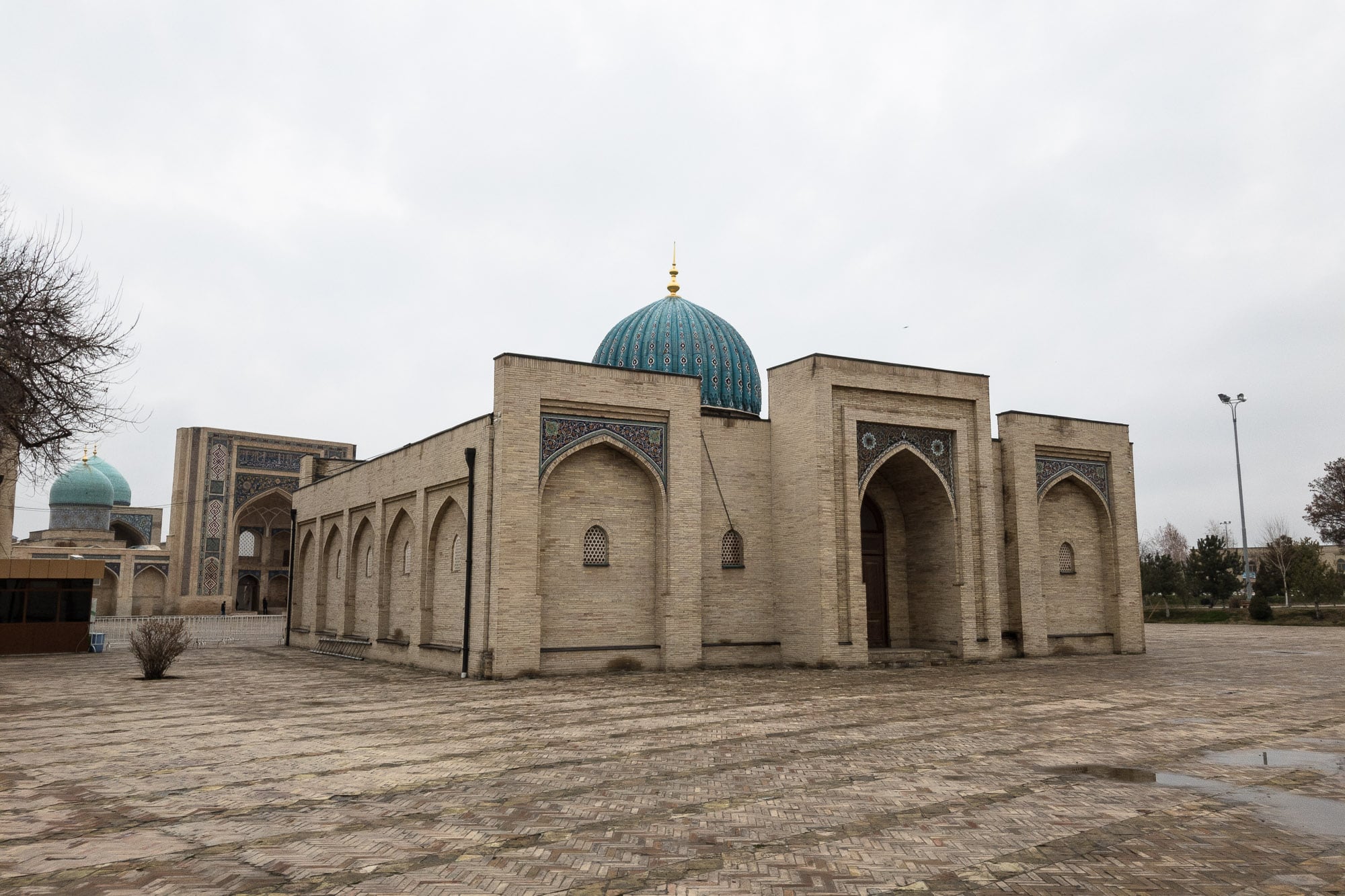 But we wanted to achieve more, which was why we decided that it was time for us to go buy stuff. Souvenirs!

So we went to Chorsu Bazaar, which is close to this building: 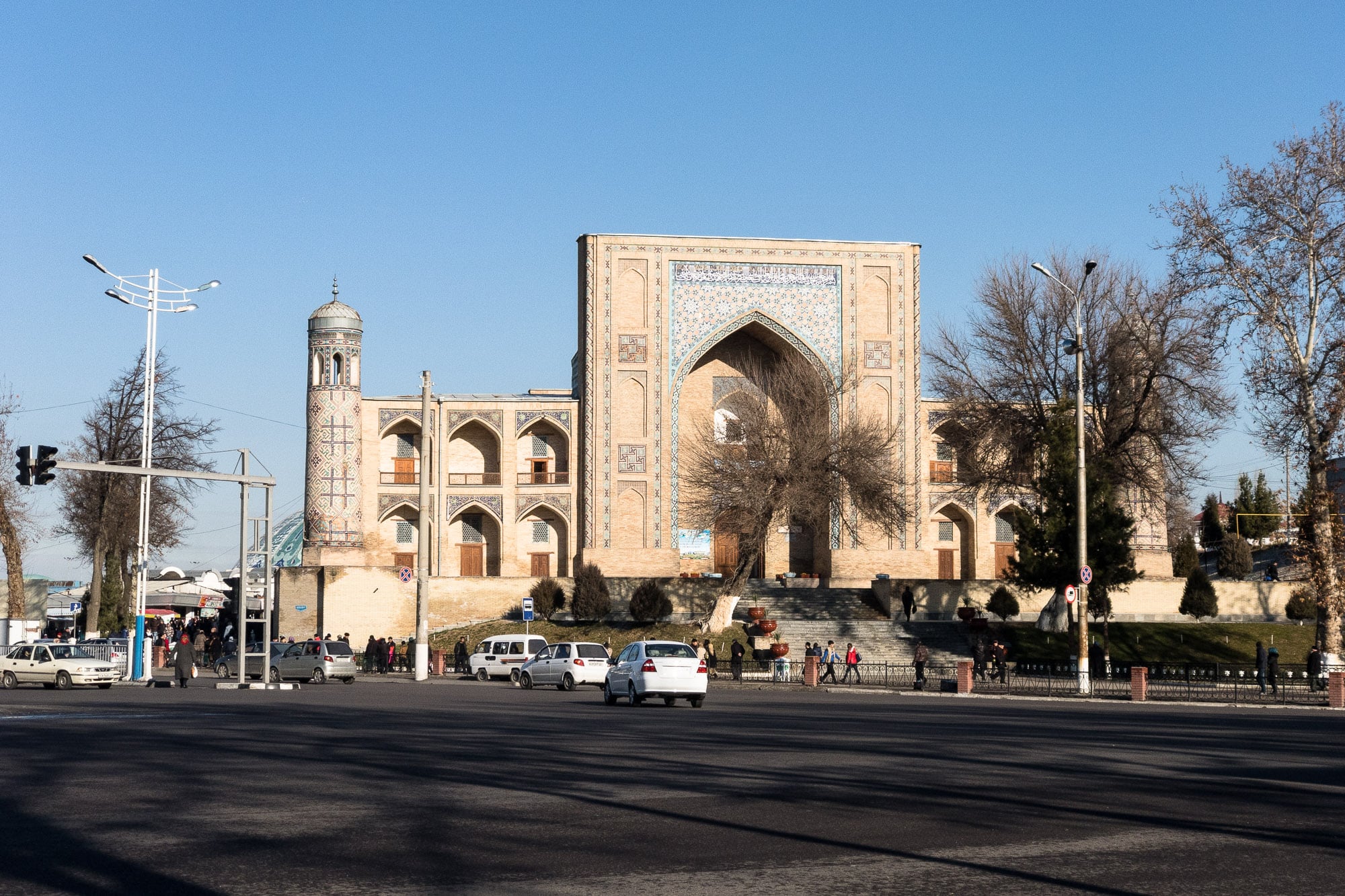 I had been there before more than a month ago, but I had never bought anything. Now we were back in this gigantic place: 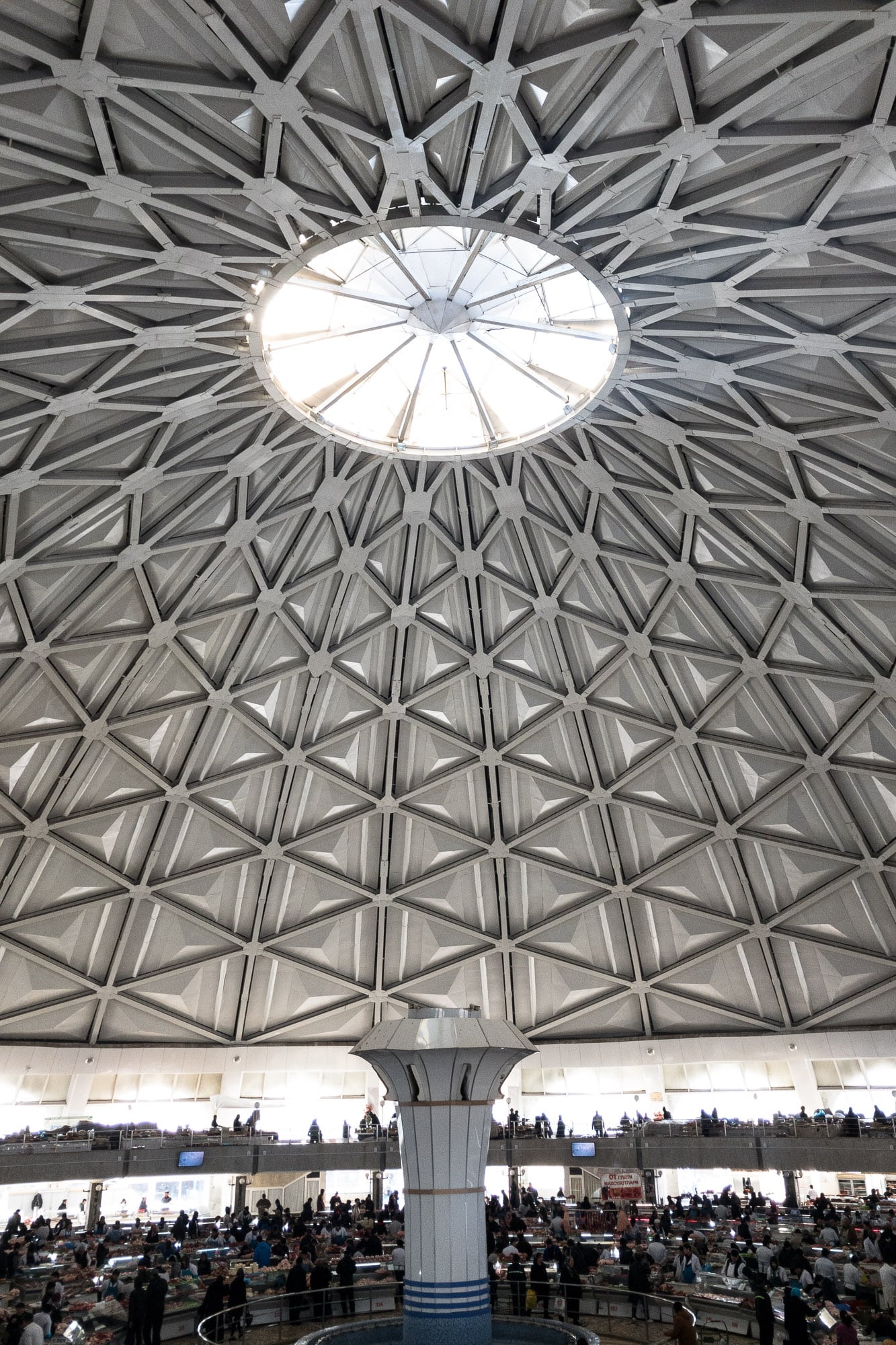 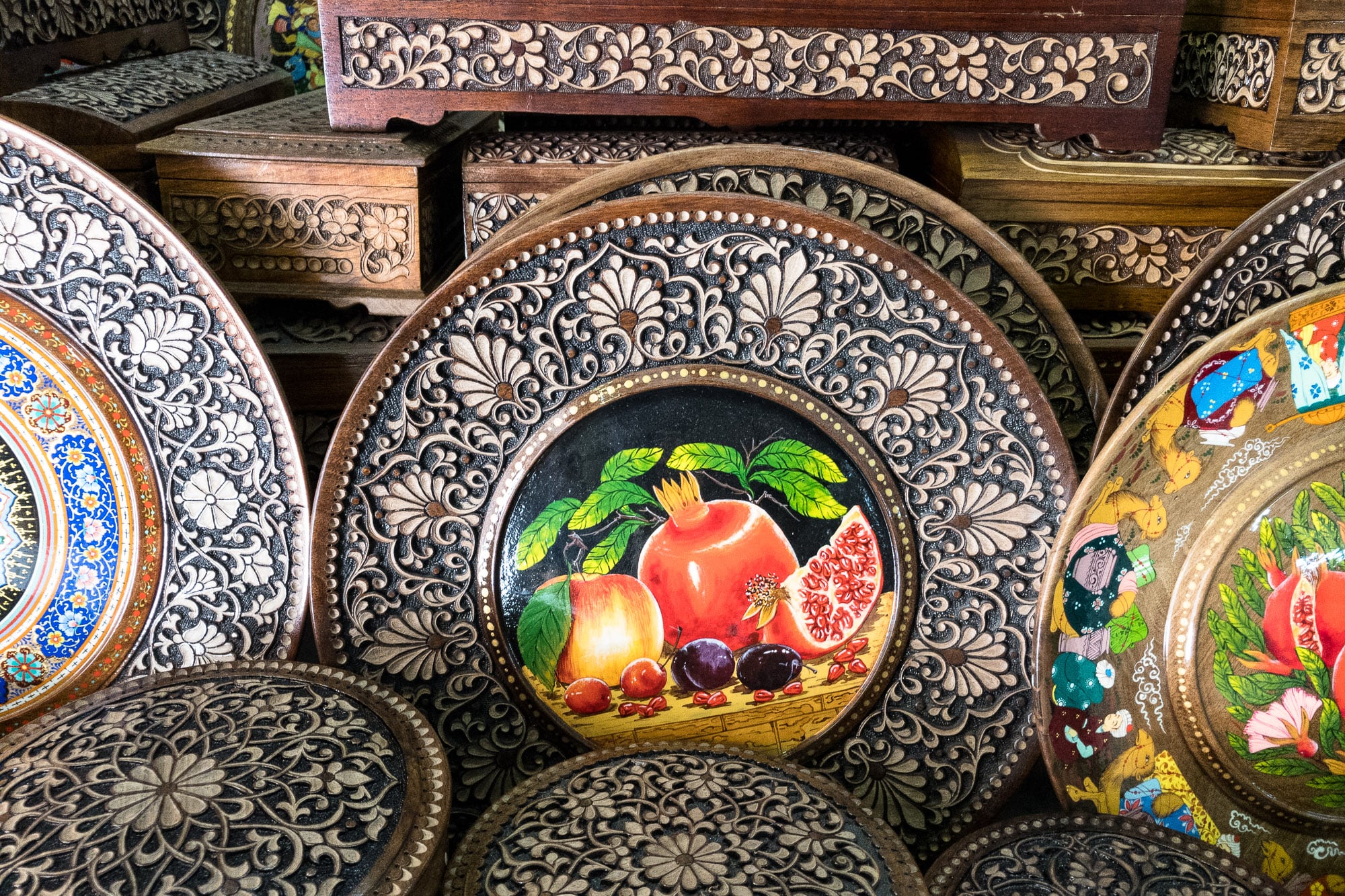 Wooden products seemed to be good. And ceramics. There seemed to be less carpets on sale than I had initially expected, though.

Oh, and we had lunch in an Uyghur restaurant that served some of the most fantastic lagman ever: 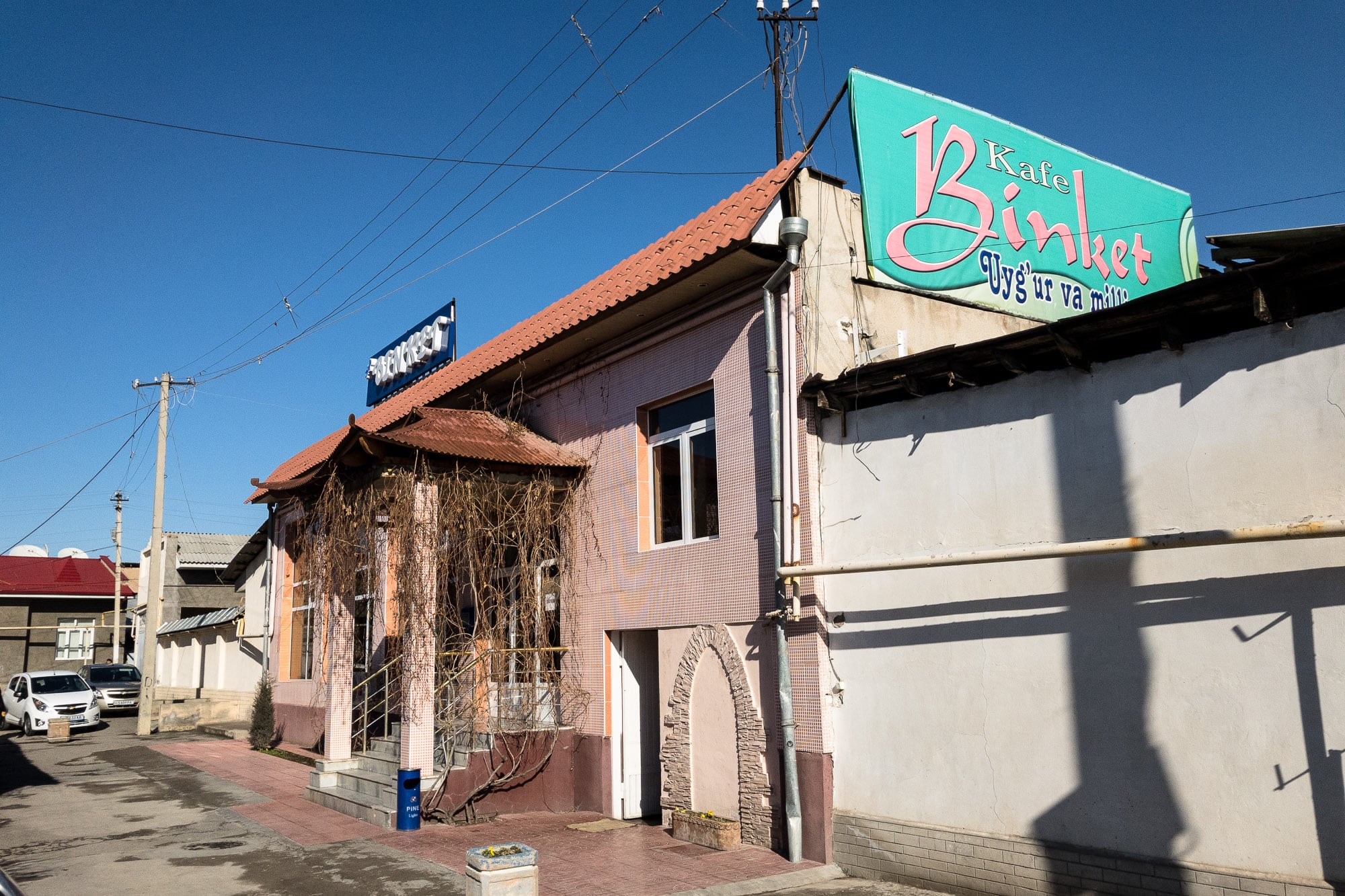 If you are near Chorsu Bazaar, go there!

Oh, and here is another photo of Hast Imam, the place where the old Qur’an is on display: 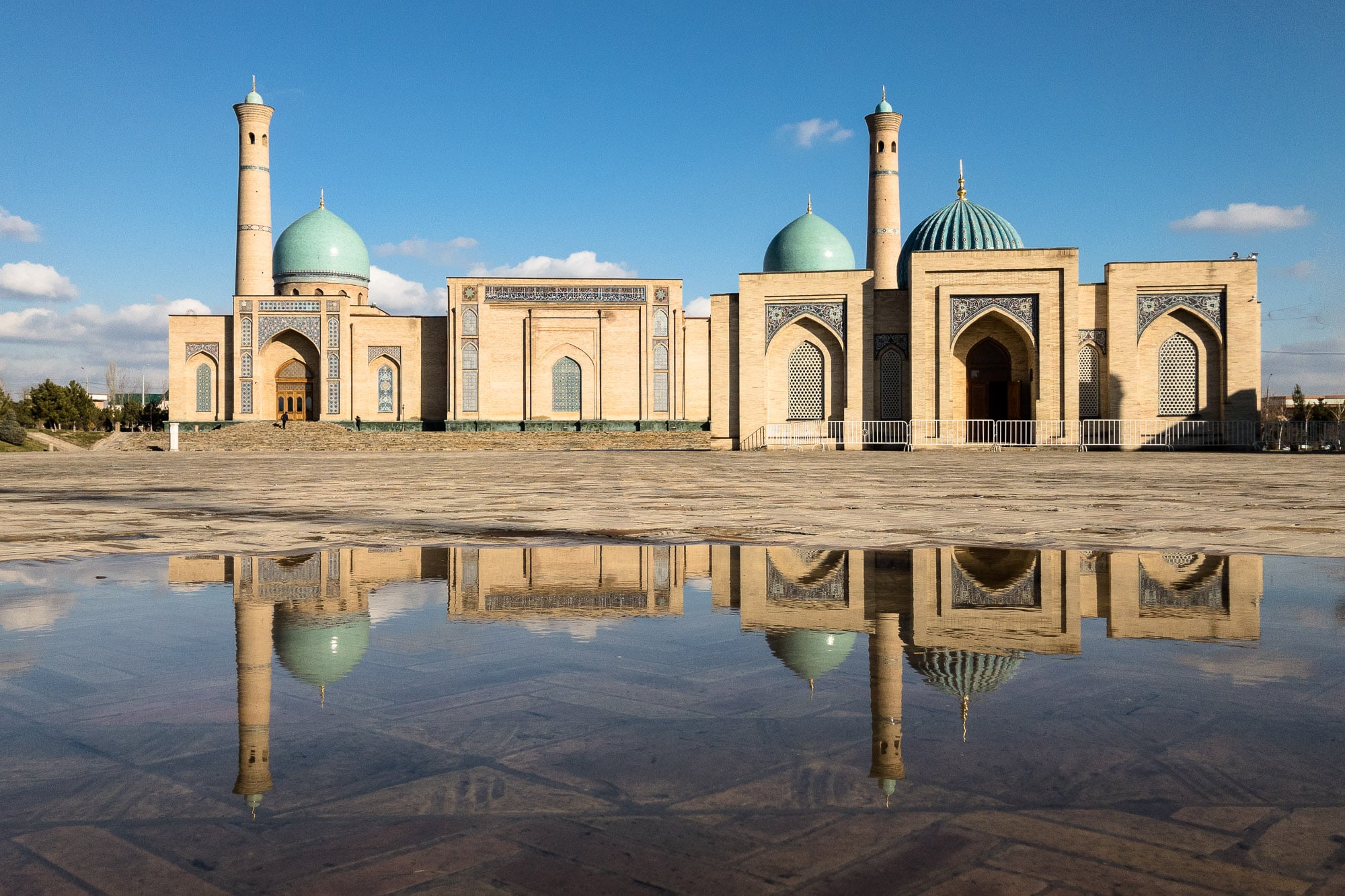 And this is us, carrying plastic bags filled with souvenirs: 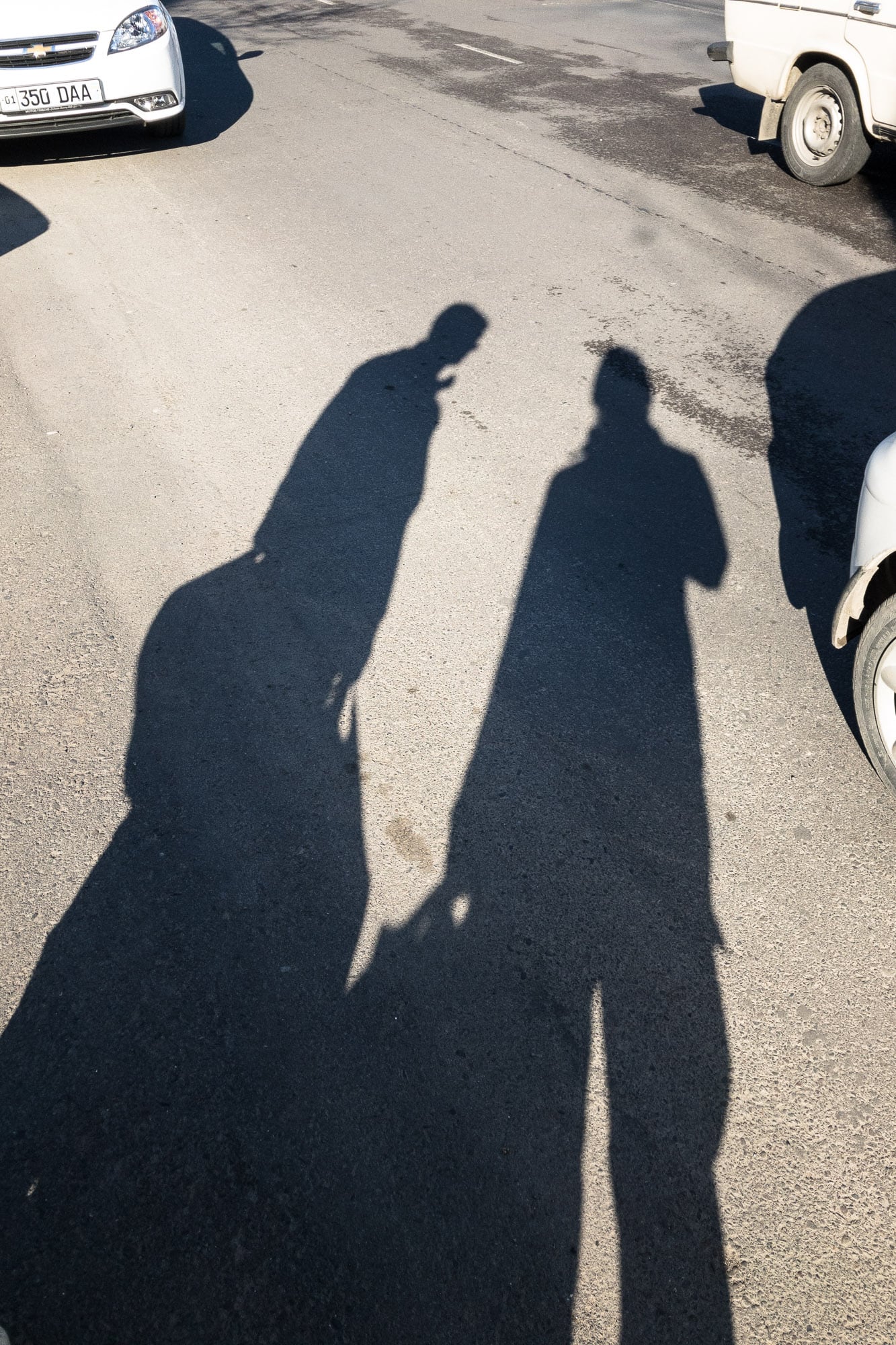