We had to leave.

So I asked the owners of the hotel if there was any way I could store my Caboose with them for a few months.

Then they showed me a place under a staircase in the yard: 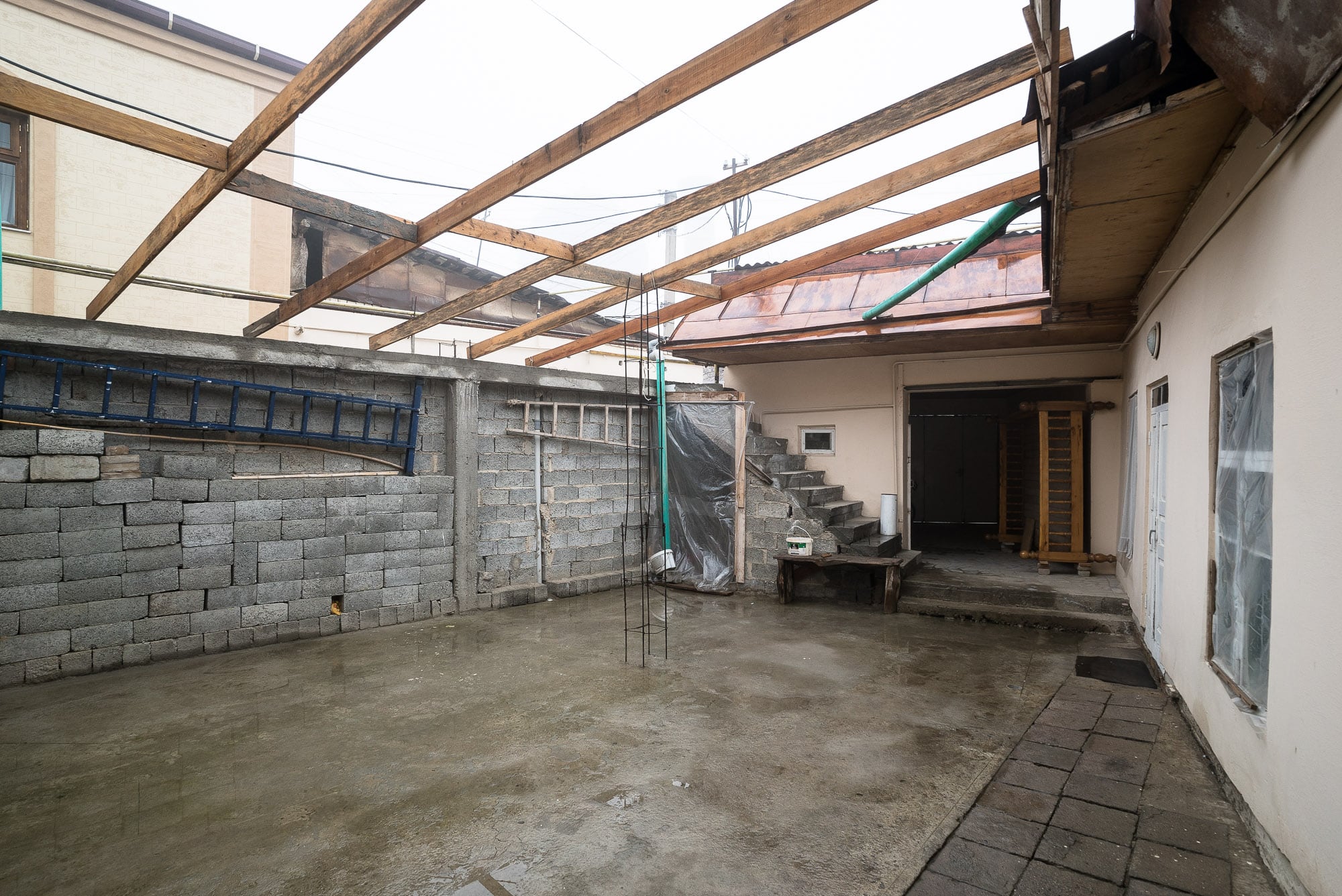 There was a large basement just under the hotel, and it was nice and dry, just perfect for the Caboose to hibernate: 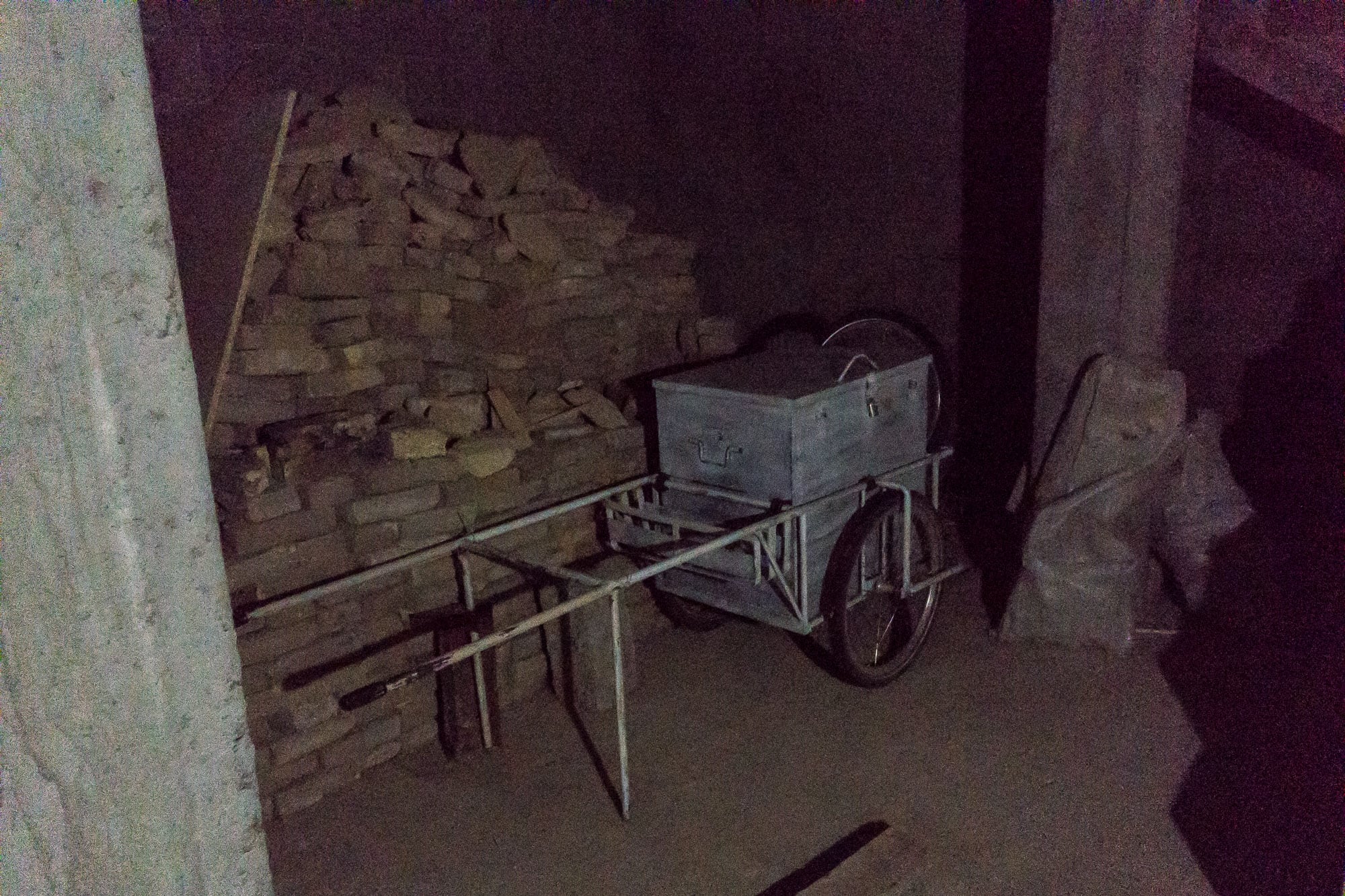 So we put her there:

Then we took our stuff and went outside, past the Guri Amir in the fog: 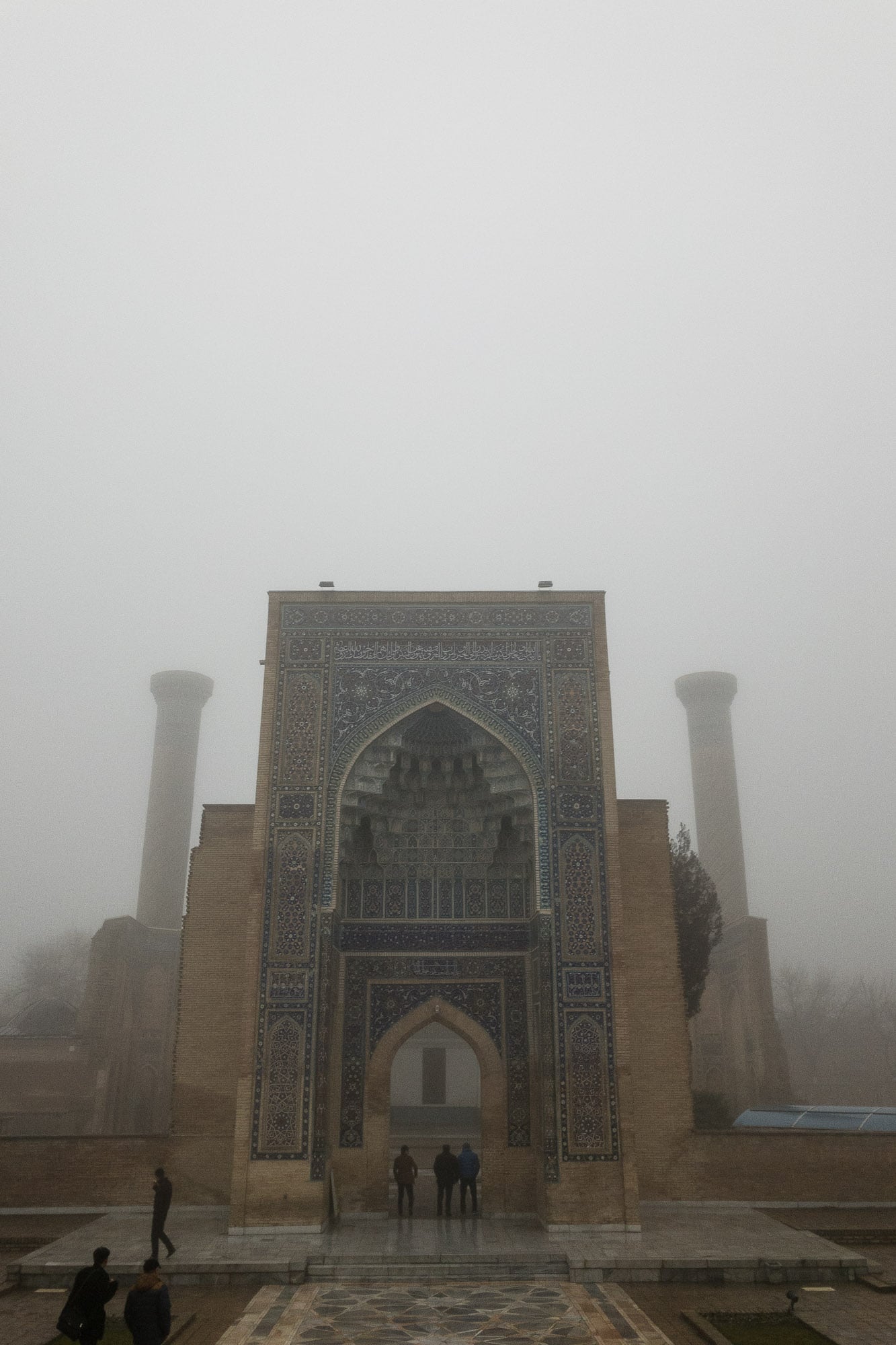 We hopped in a cab to the train station: 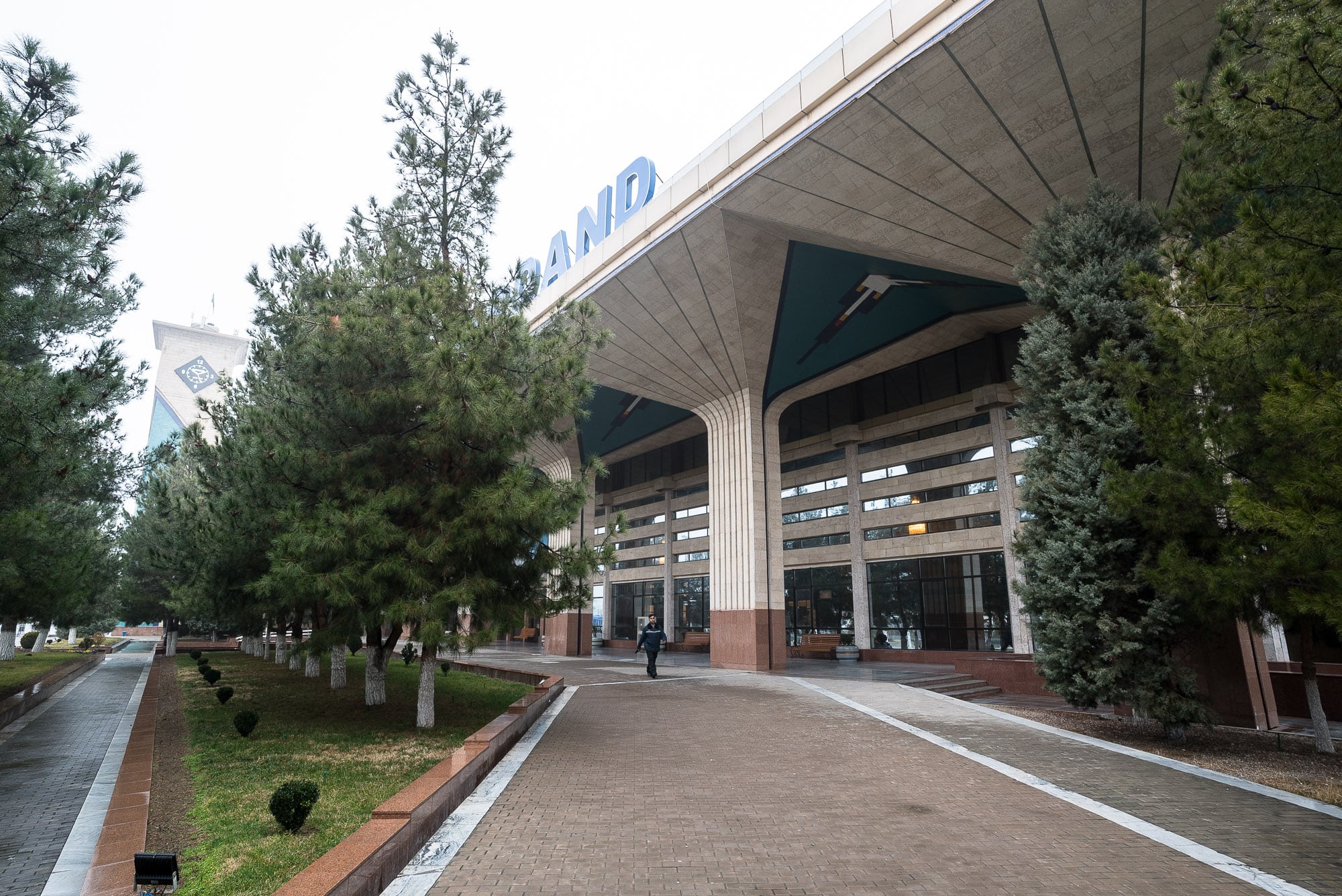 It was a large and shiny place, and it seemed to be strangely empty: 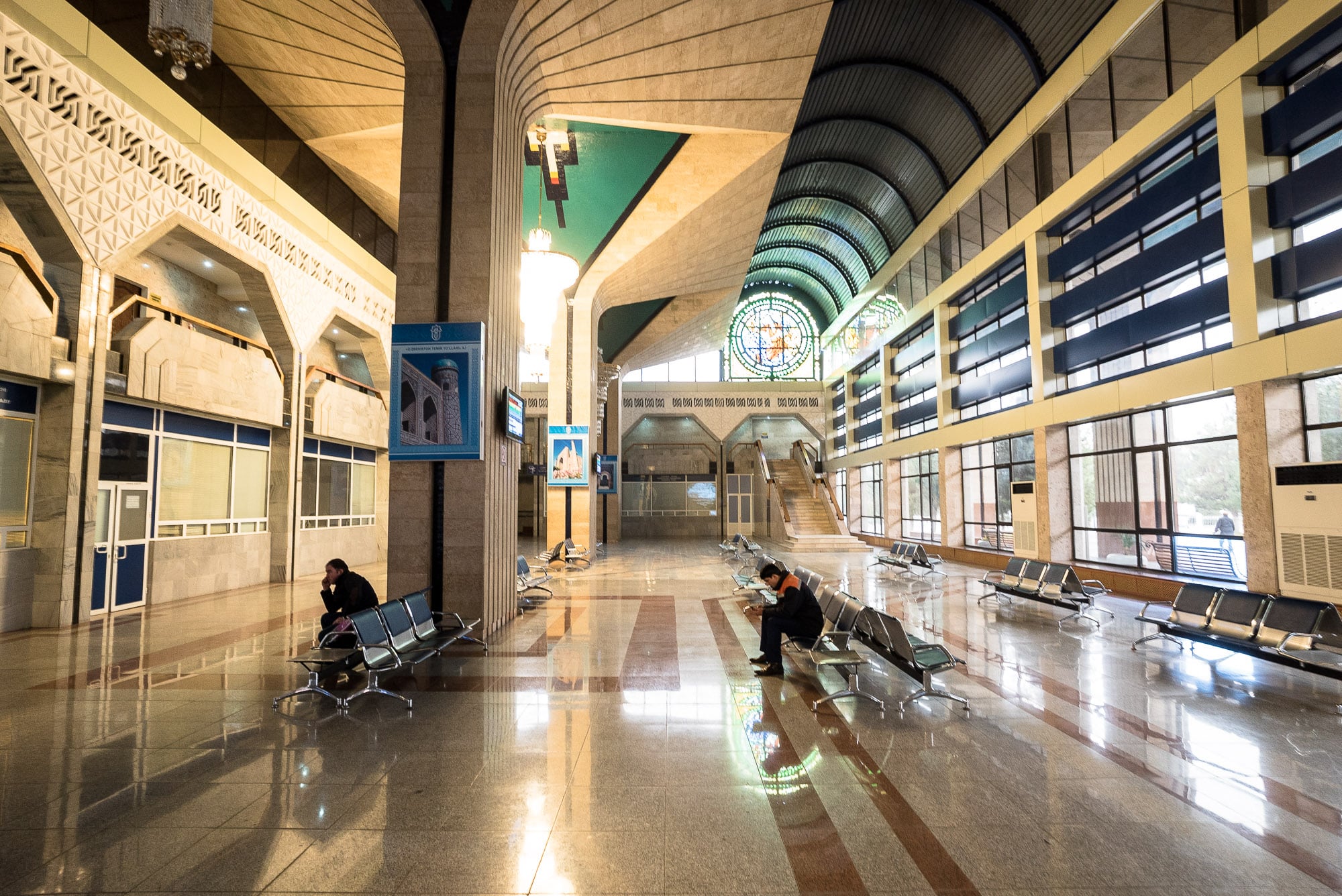 A few people pointed us in the direction of our train, and when we got there and timidly asked if it was okay to take a picture (you never know), we found out that not every official person had to be dead serious all the time: 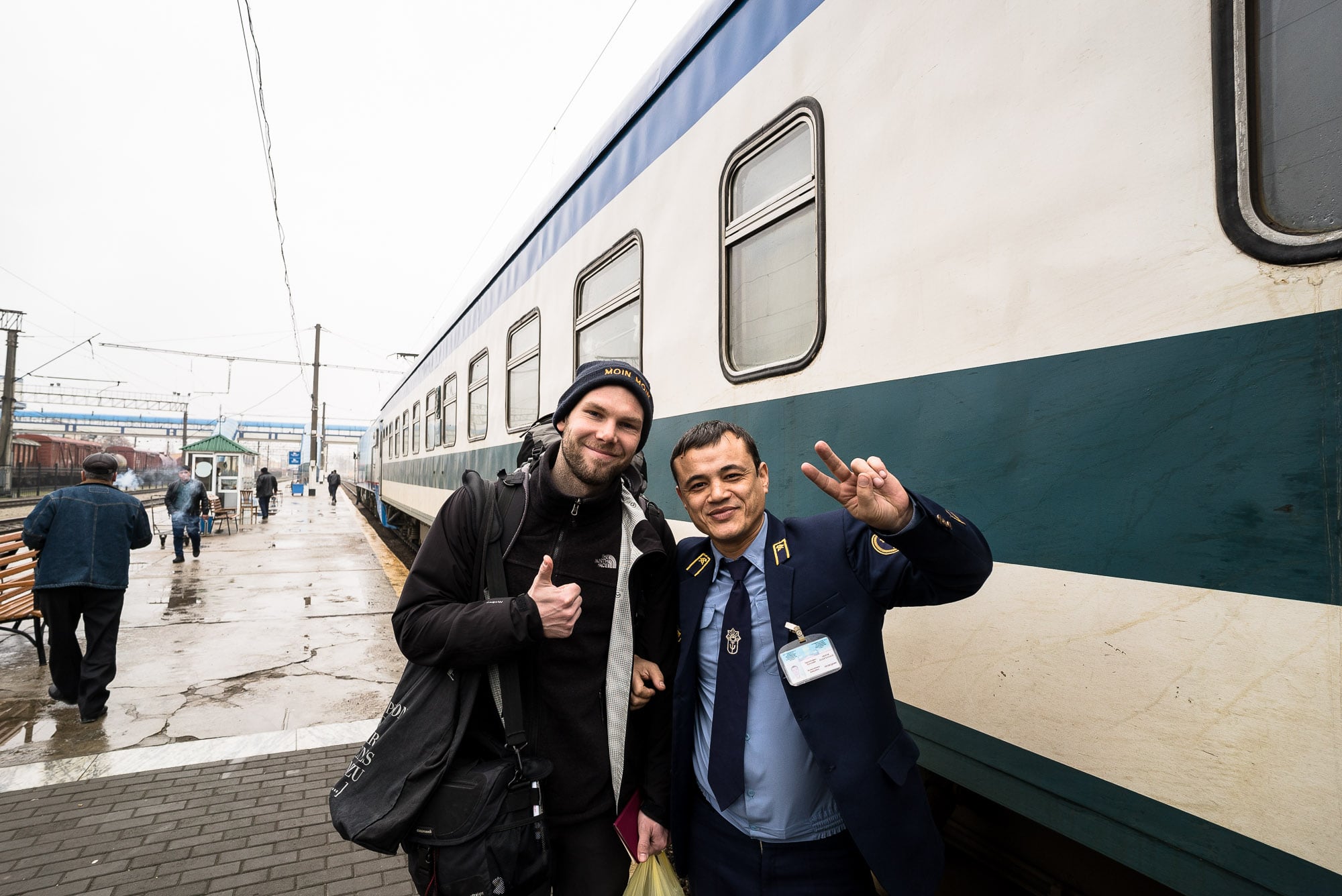 We got seats in what looked like a sleeper carriage: 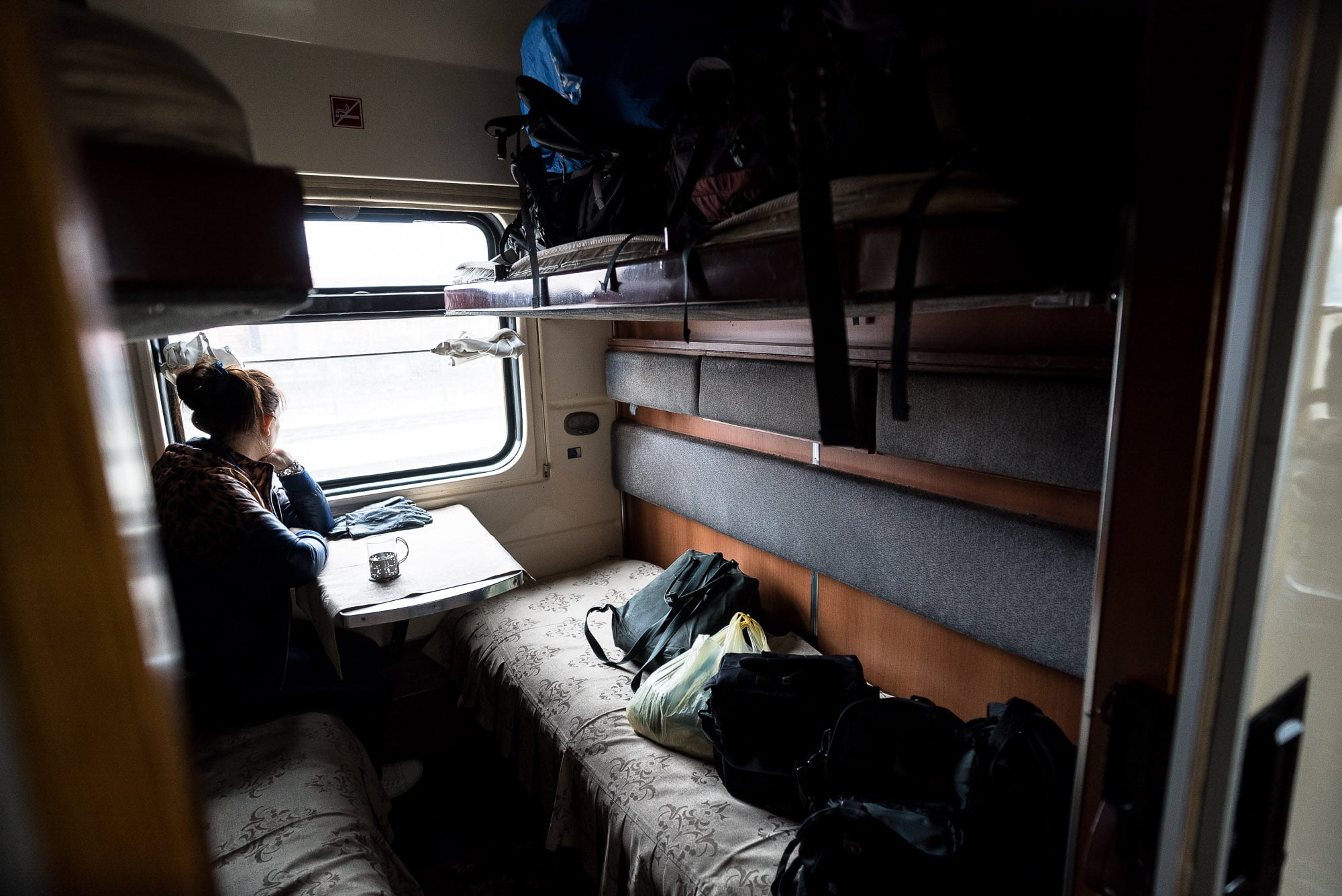 The whole thing reminded me of those green trains that you see less and less in China: 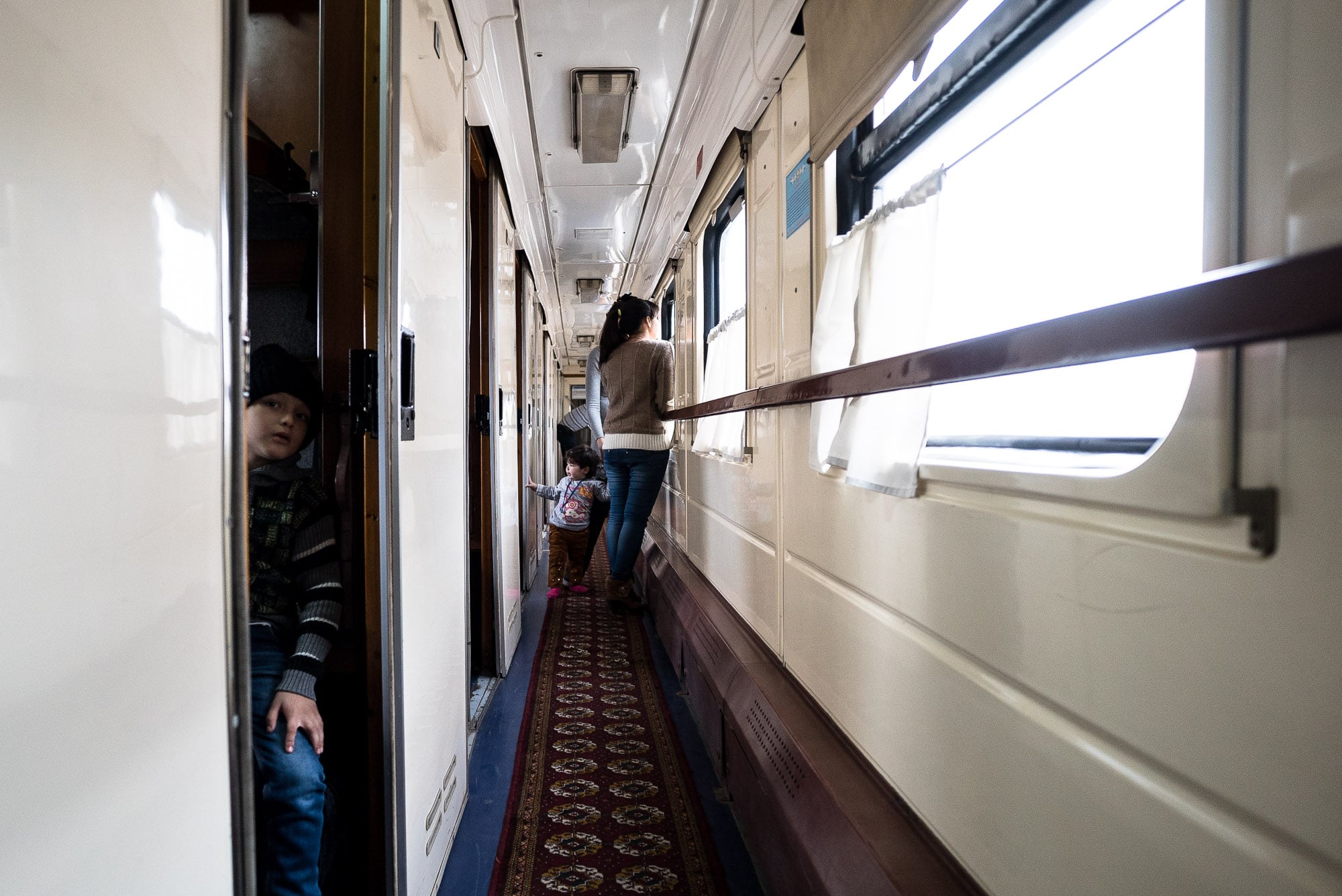 The train didn’t go very fast, which seemed like a good thing. The day before when we were buying our tickets, we had been offered seats on a more modern train that could do the same distance in two hours instead of almost four, but we had deliberately chosen against it, because we wanted it to be slow. We wanted to look out the window and see Uzbekistan.

The Syr Darya! The Hungry Steppe! The places that we had walked through!

Oh, and just like in any Chinese train, there was a hot water dispenser close to our seats: 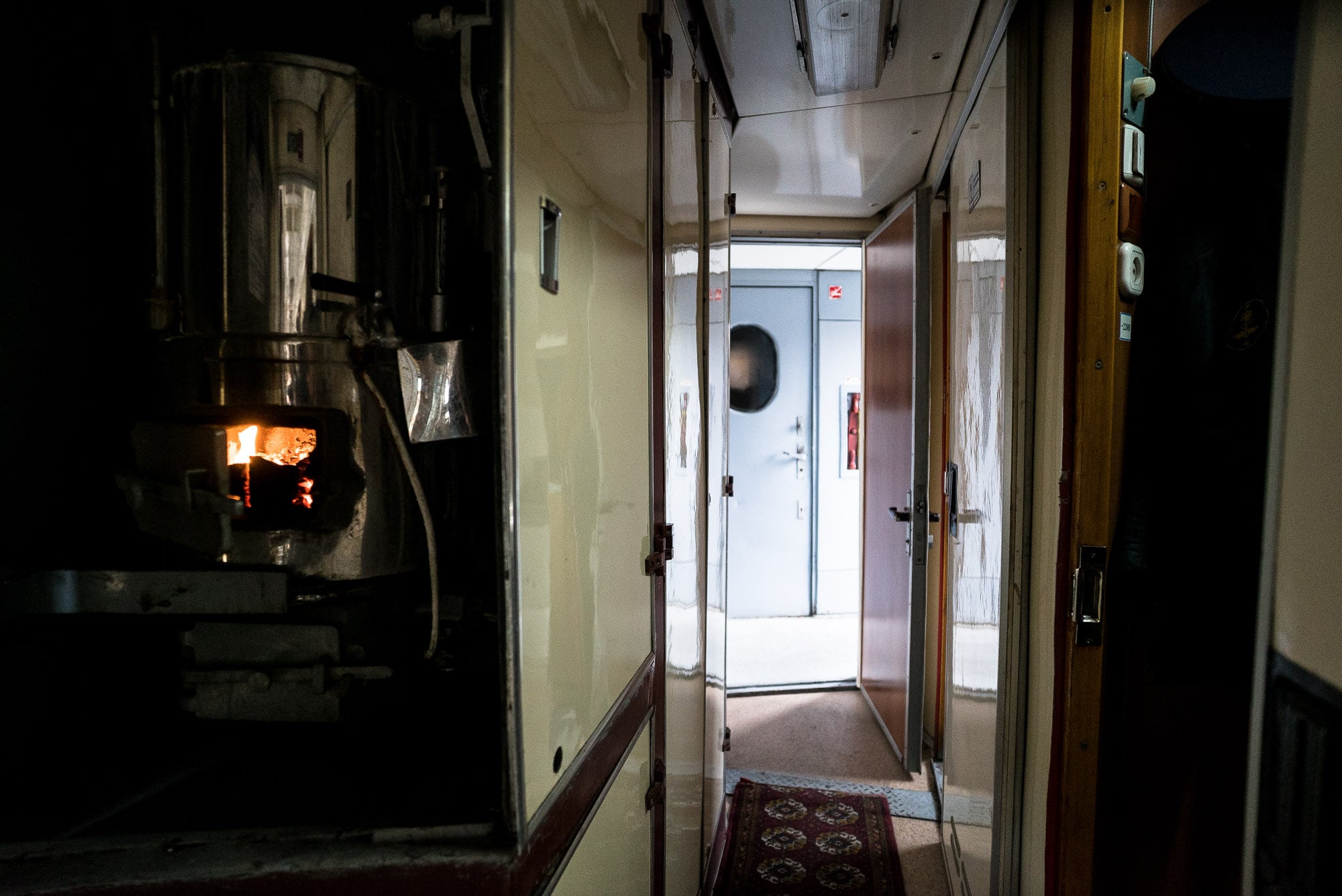 As the train rumbled along, we did look out the window, just as we had planned. But after a while we both fell asleep.

When we woke up we were almost in Tashkent.

So we got a room, and then we went around the corner to a fast food place that I had been visiting a lot during my last two times in Tashkent: 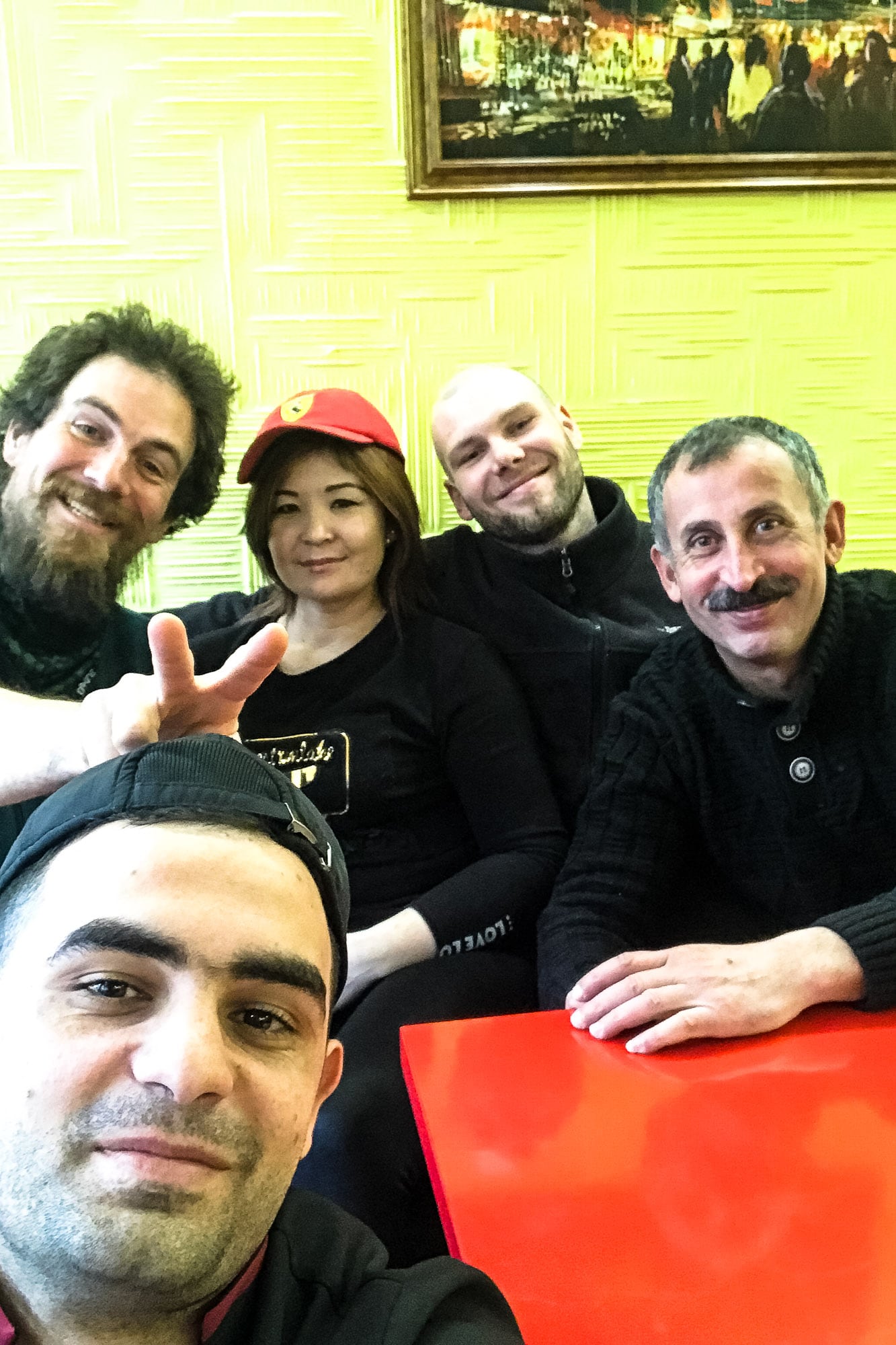 And as I was sitting there, having Azeri tea and pahlava, it felt a bit like home.