The police were busy at the police station doing their thing.

Zafar was busy working his magic on the remains of the Caboose.

It was Christmas Day. I decided to keep wearing my Santa hat and stay in with a bottle of beer: 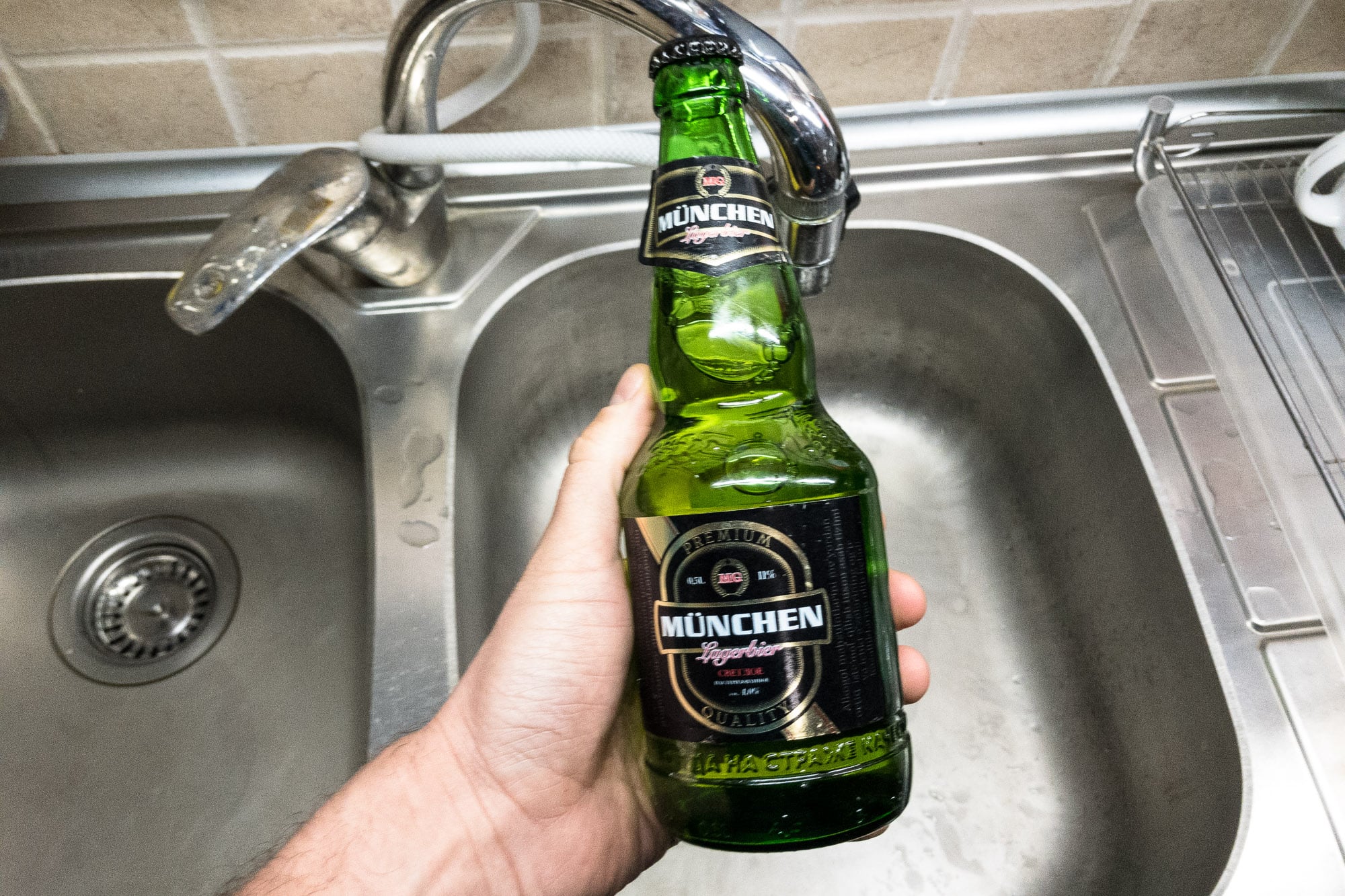 I watched some Russian reality TV, which was unbelievably stupid (or rather, it was exactly as stupid as German reality TV): 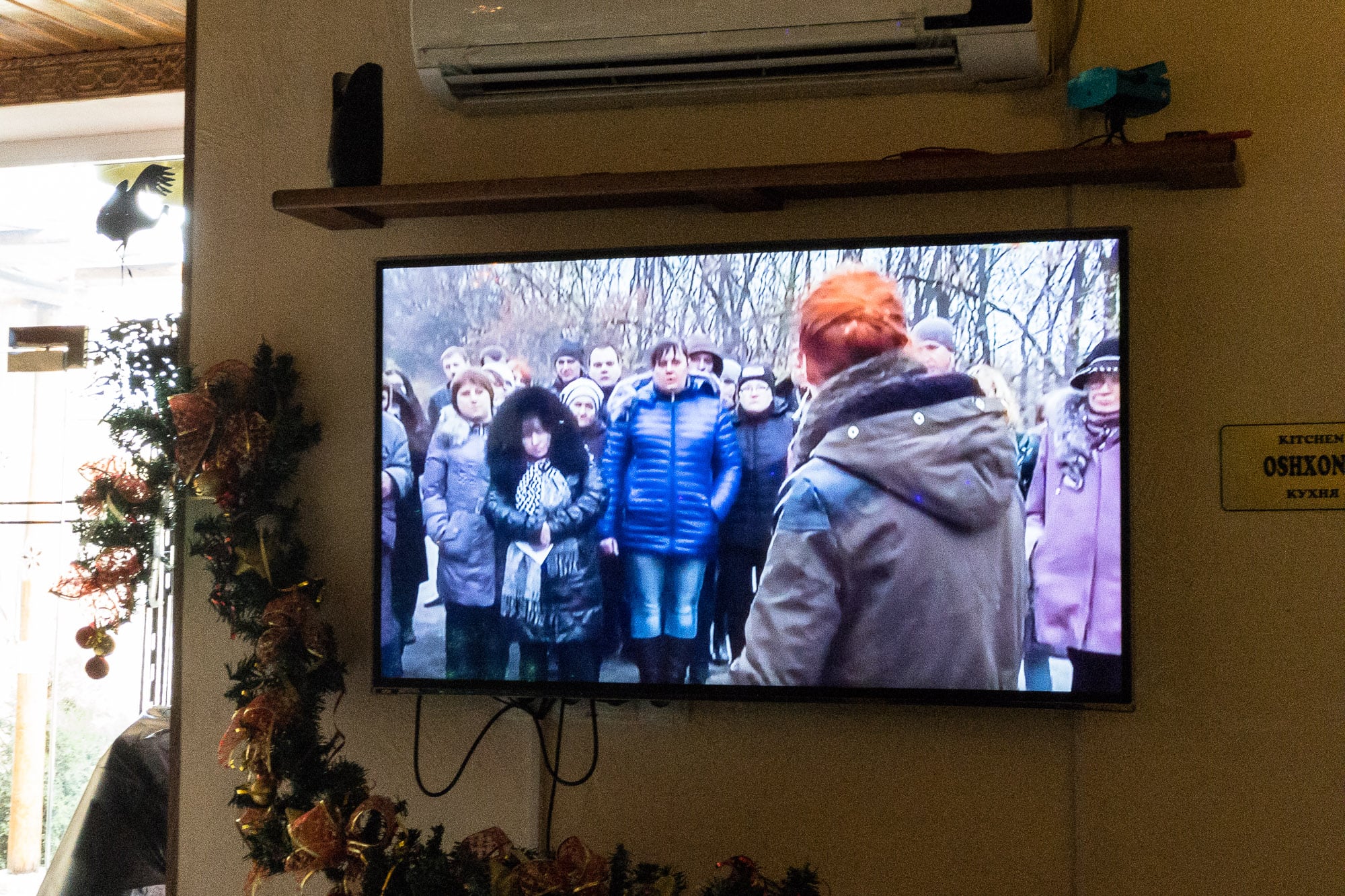 And I hung out with the staff of the hotel, who were very kind to me, especially so since they had heard about the disaster that had fallen upon me and my poor Caboose: 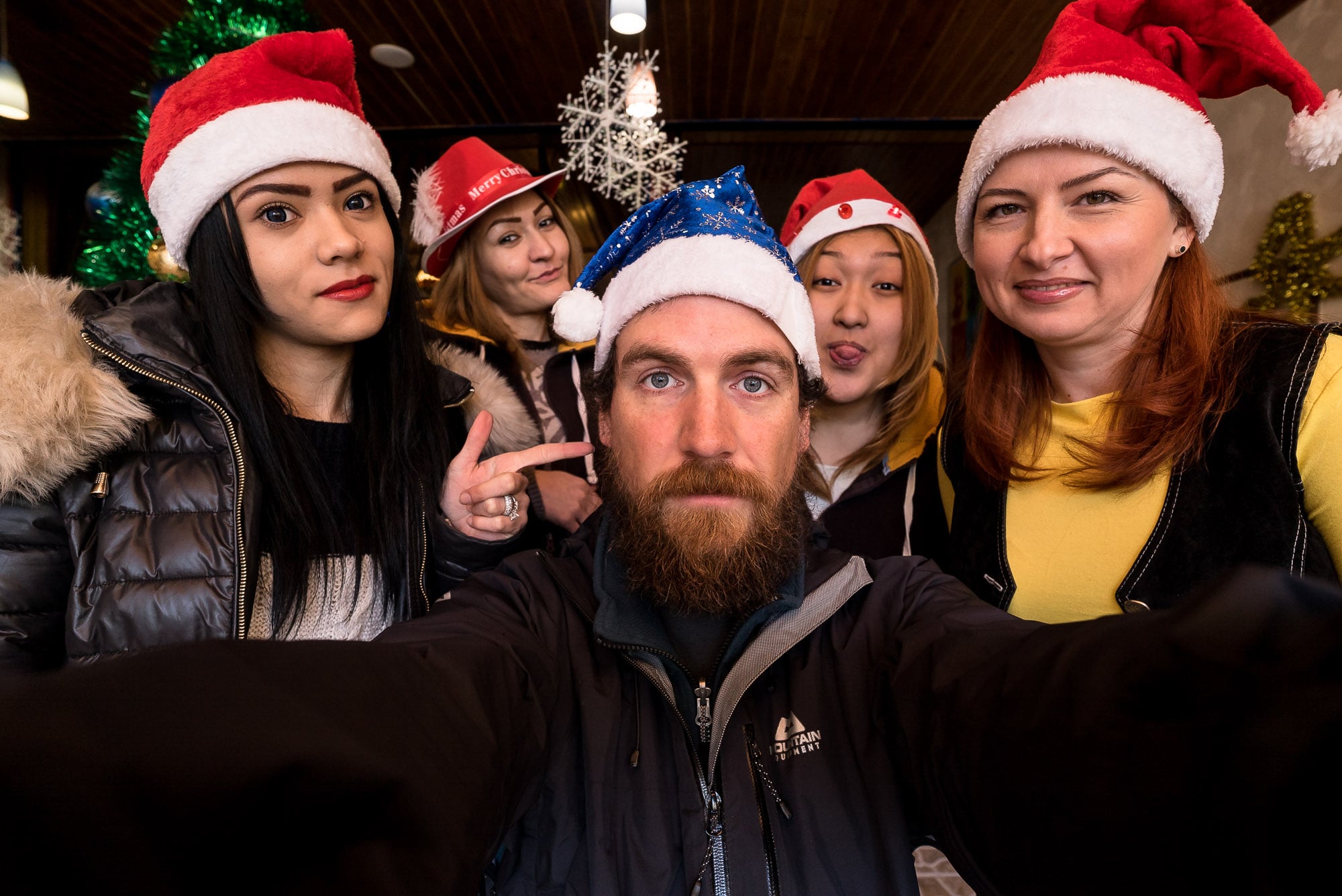 I know it sounds tacky, but I keep running into good people wherever the road takes me. Sure, there are jerks sometimes. But most people are nice and caring.

I don’t know if 2016 will be remembered as a good year or a shitty one. I mean globally, I really don’t know. You have populism and xenophobia growing everywhere, and it is frightening.

But when I am out here and I meet all those fine people, it seems as though I could be wearing a Santa hat almost every day, and it wouldn’t feel wrong.