I wasn’t quite ready to leave yet.

Not without a Santa hat.

So I went to a bazaar around the corner from my hotel, which was where I bumped into the next president of the United States of America: 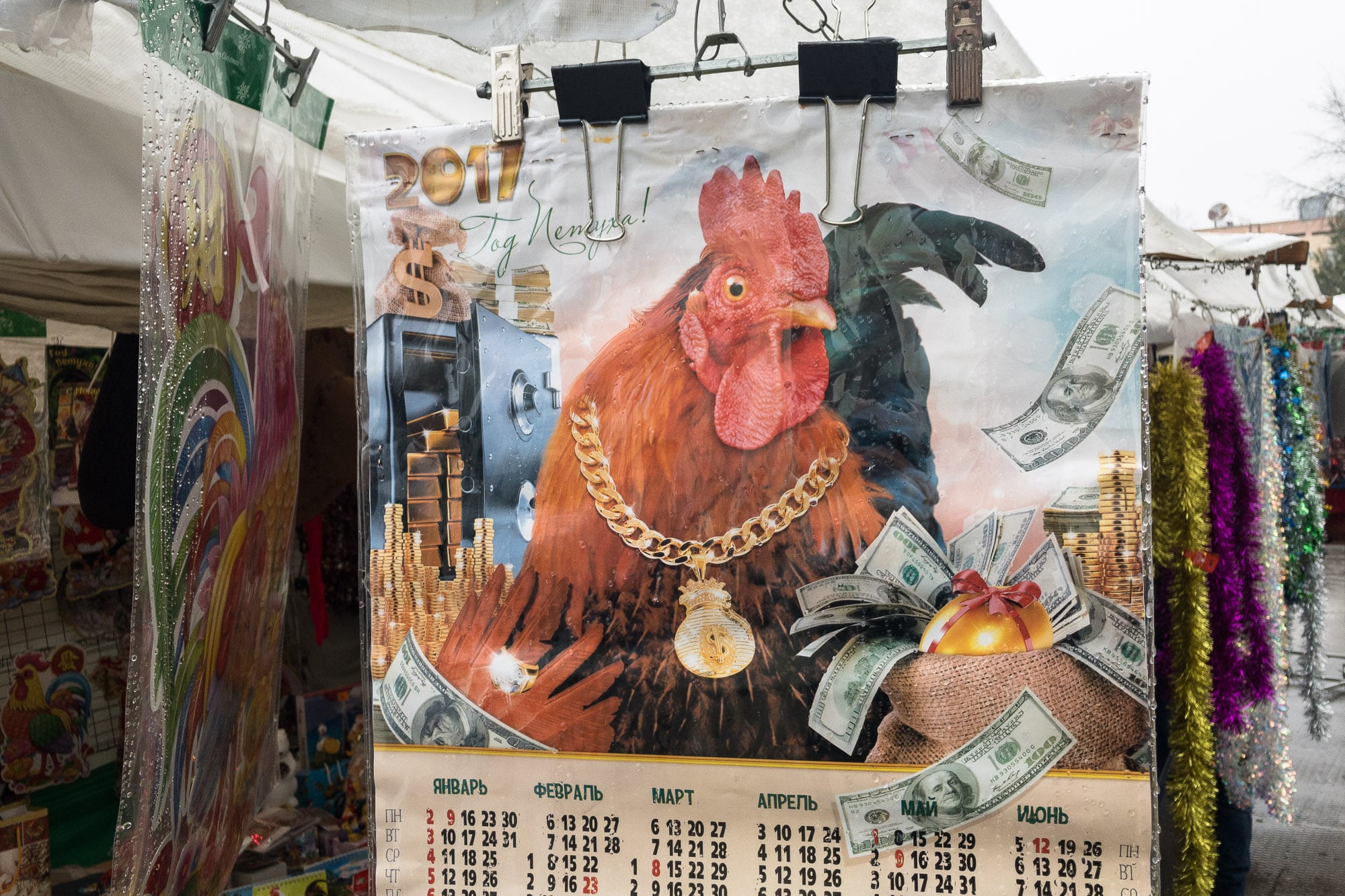 …but it turned out to be just a wealthy chicken.

I left the president/chicken and proceeded to buy a Santa hat (two actually). And because it was too small (or maybe my head was just too big), I went to a tailor shop and had it fit: 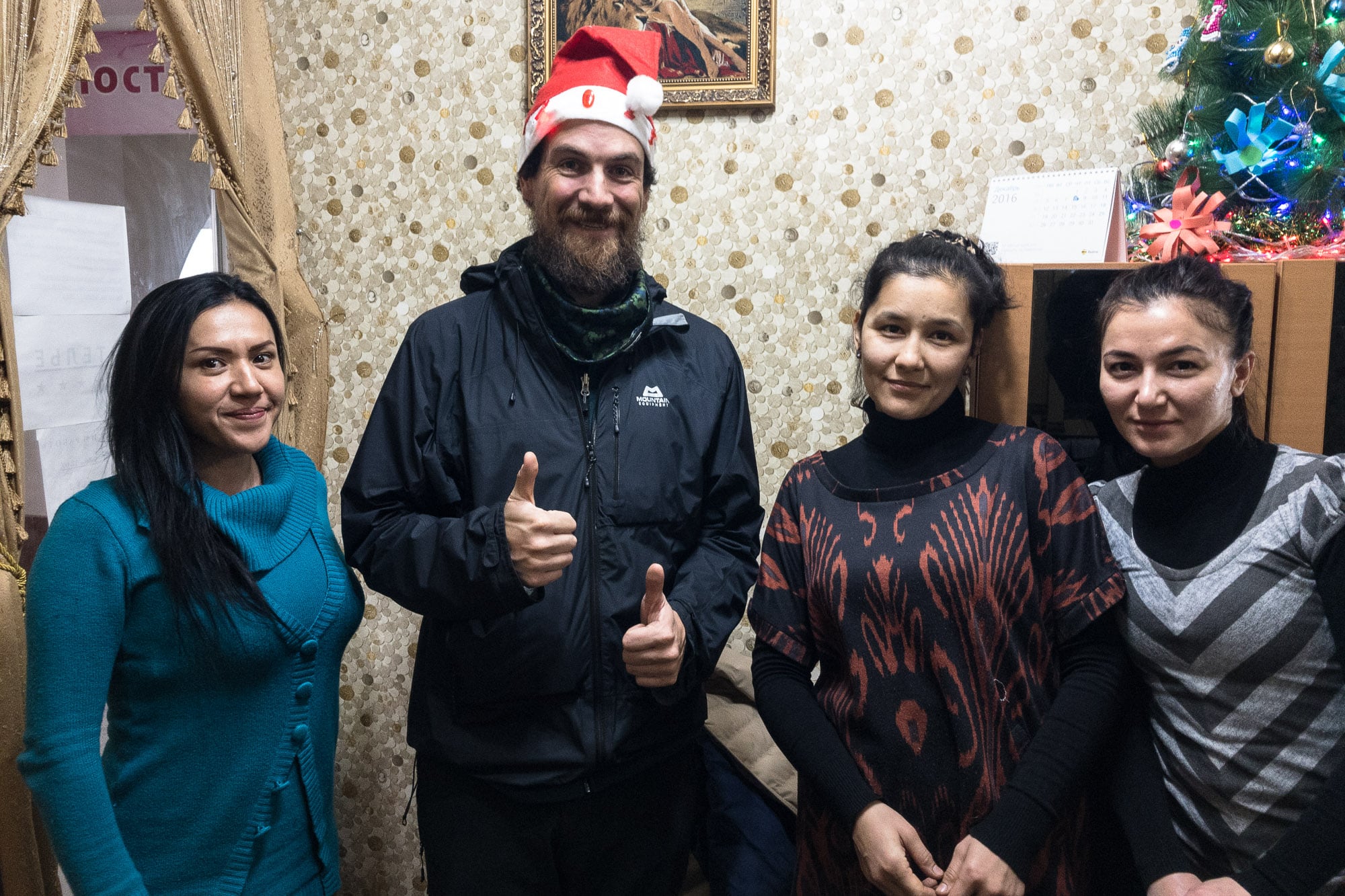 Everyone thought I was very goofy, which was fair enough.

I then realized that I needed new elastic straps to fix my backpack on top of the Caboose. So I asked around at the bazaar: 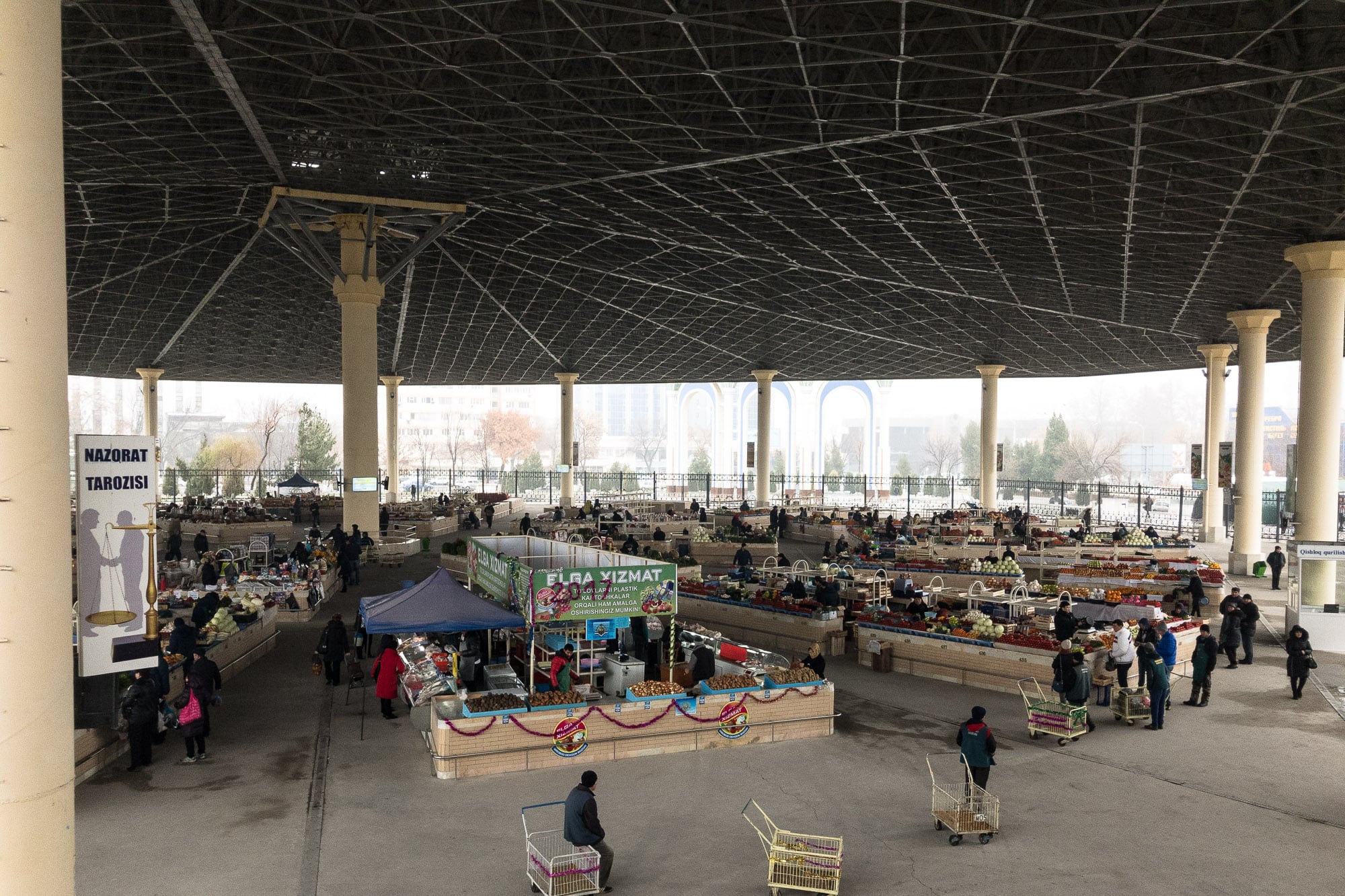 But no one had them.

Then I went to a car bazaar: 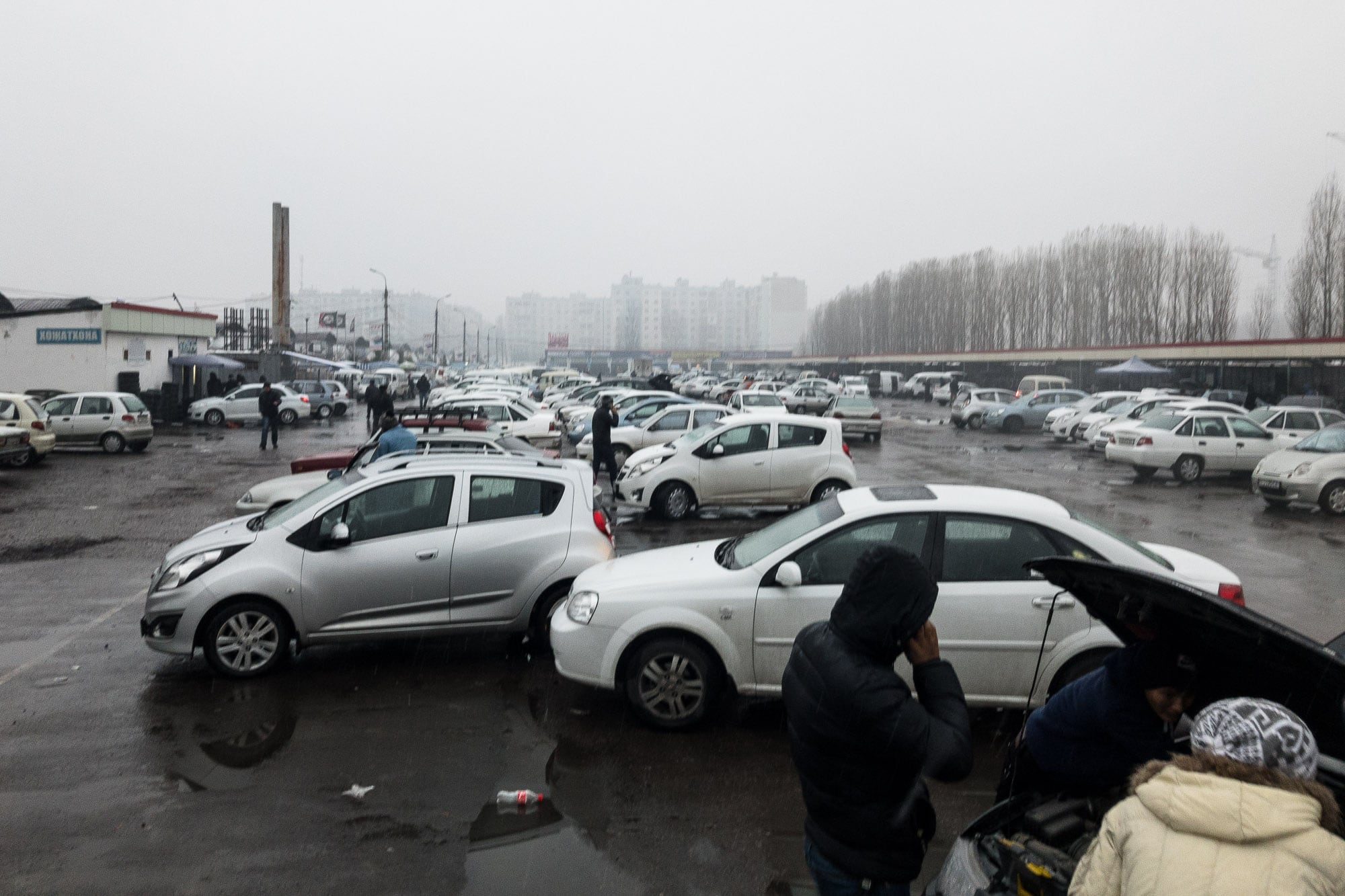 I was hoping to find them there: 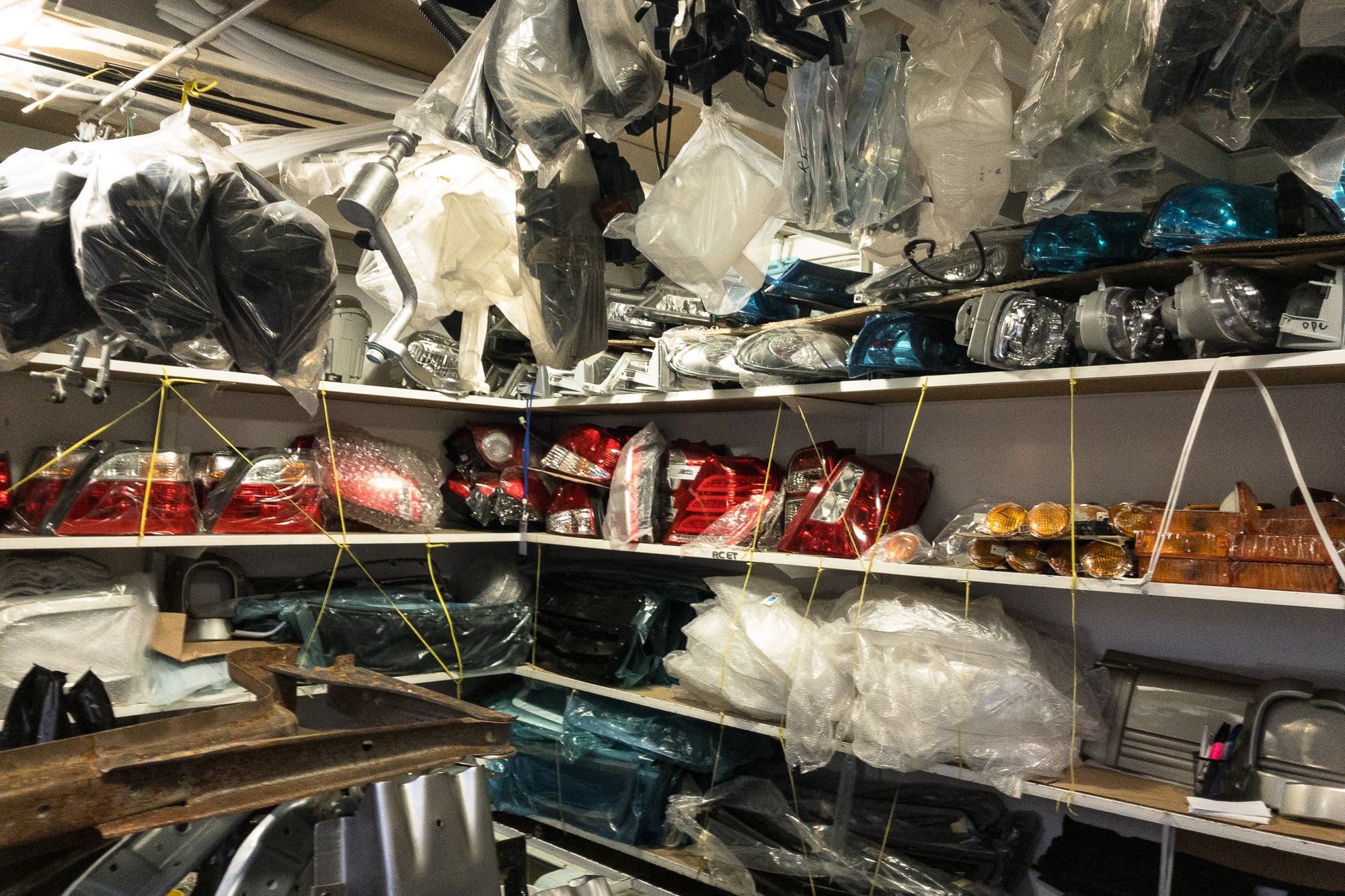 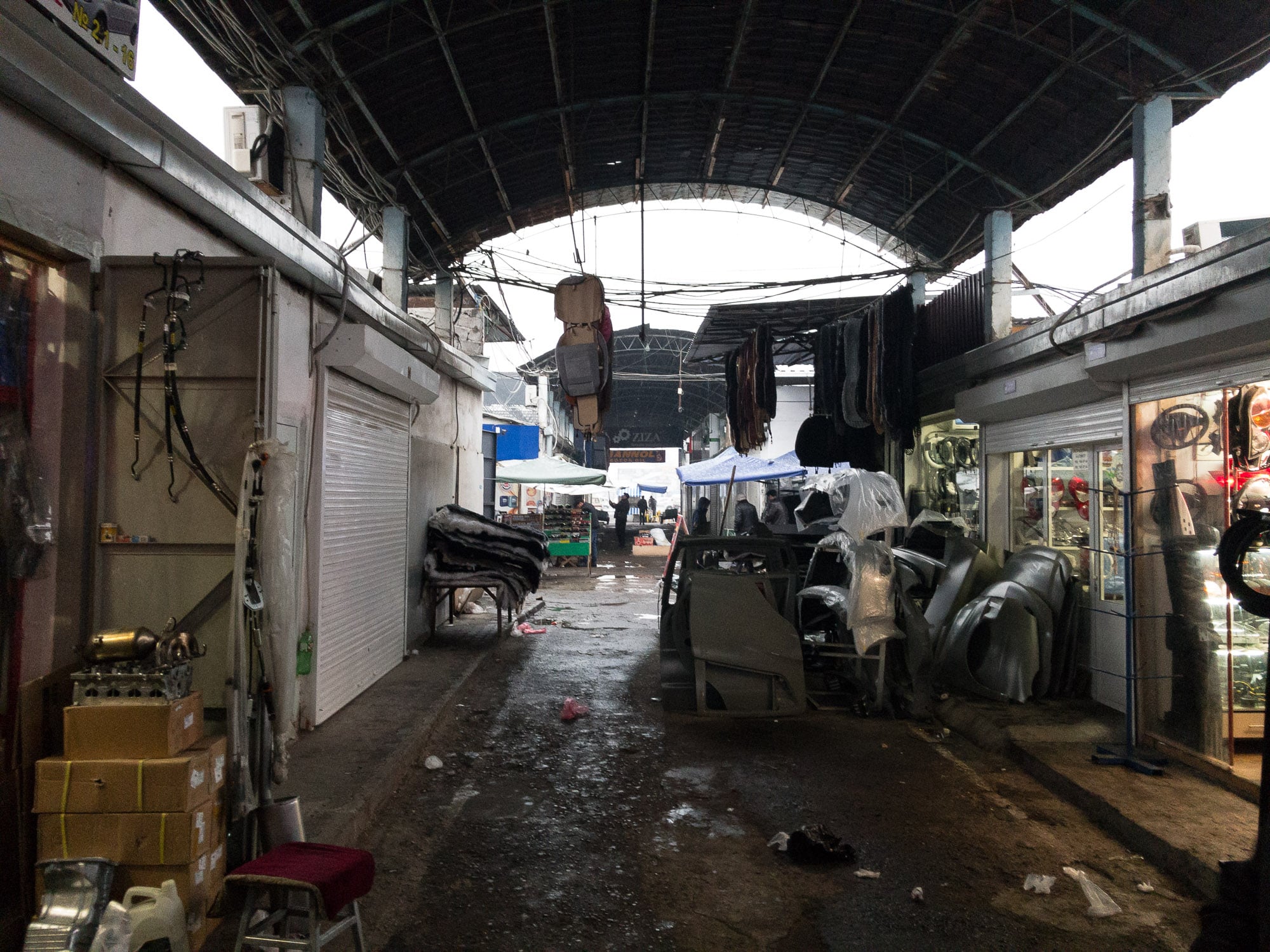 I found a bunch of German-looking things: 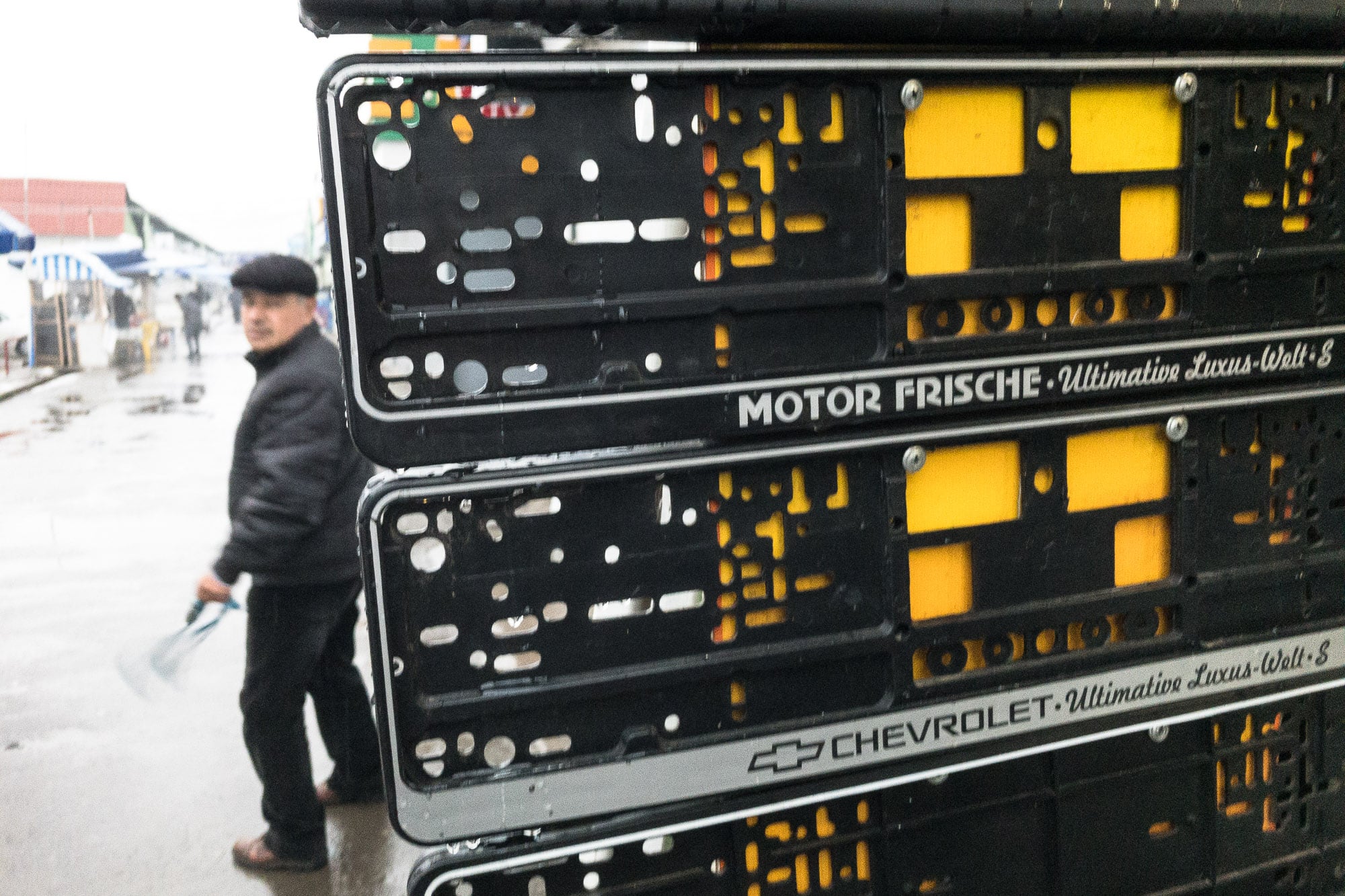 And a bunch of shiny things: 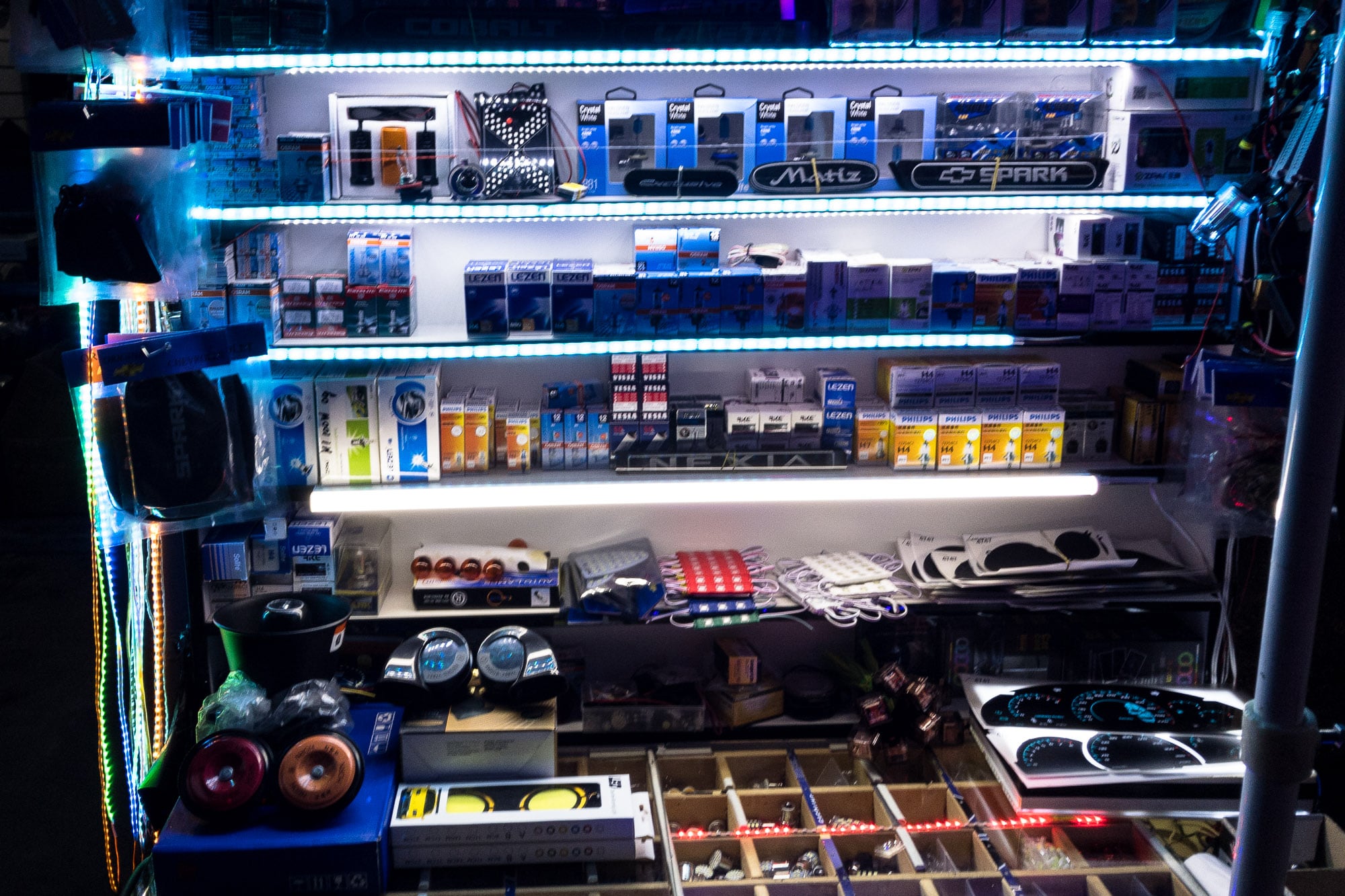 In the end I took home two elastic straps that weren’t quite what I was looking for. They seemed a bit too short, but I really didn’t want to look around anymore.

I wanted to go back to the newly remodeled Caboose and decorate her with a little red bell I had bought: 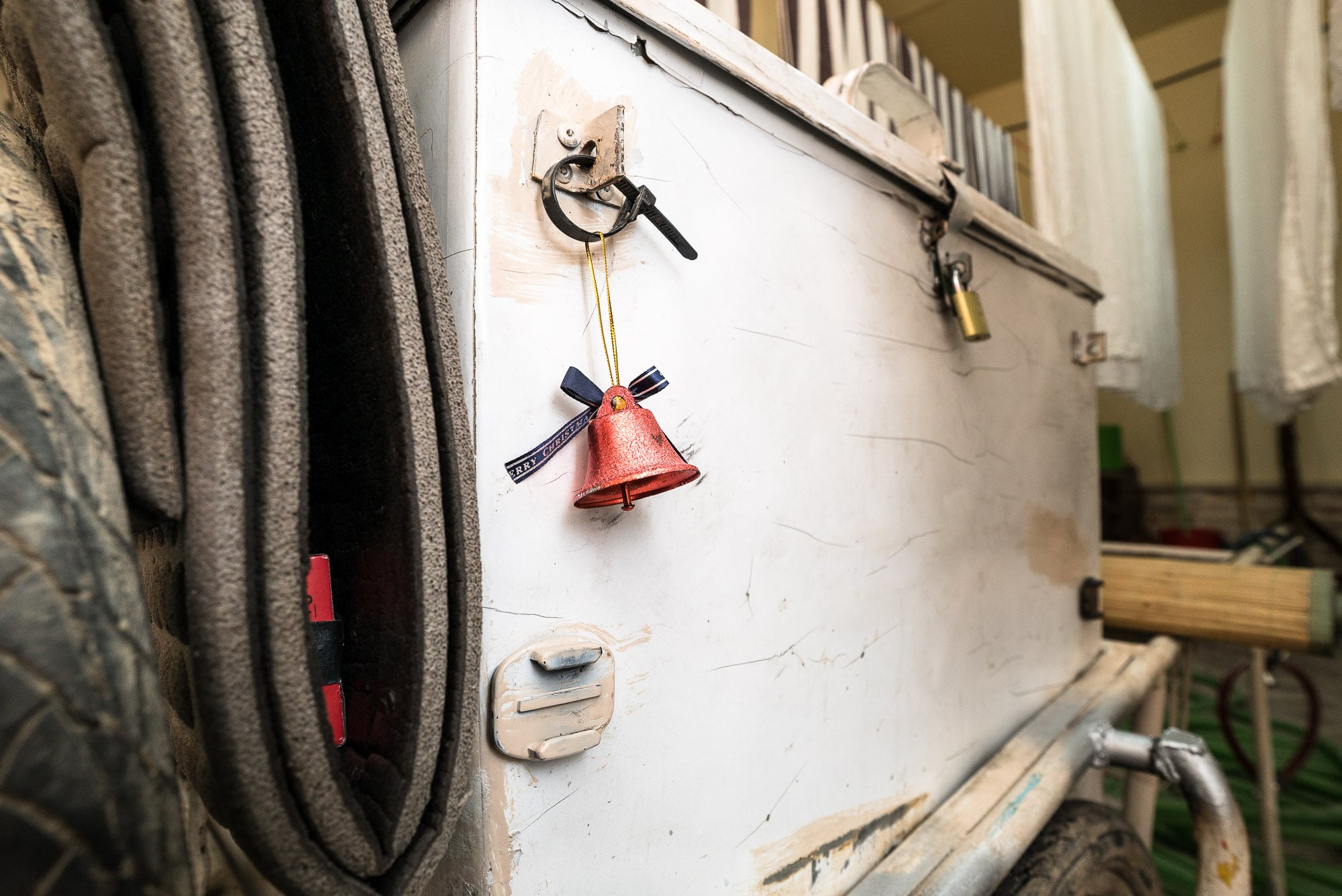 And with a blue bell: 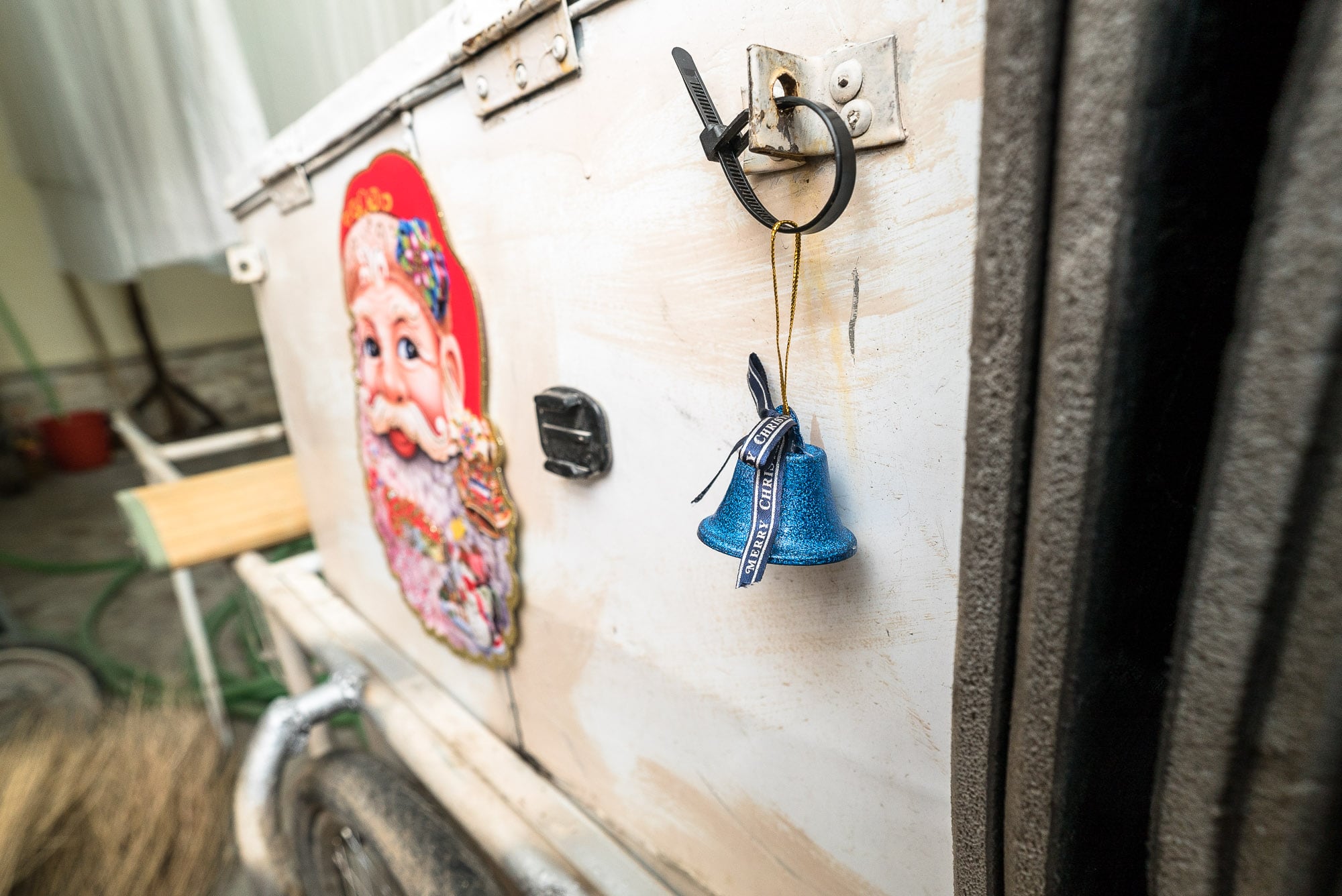 And with a Santa: 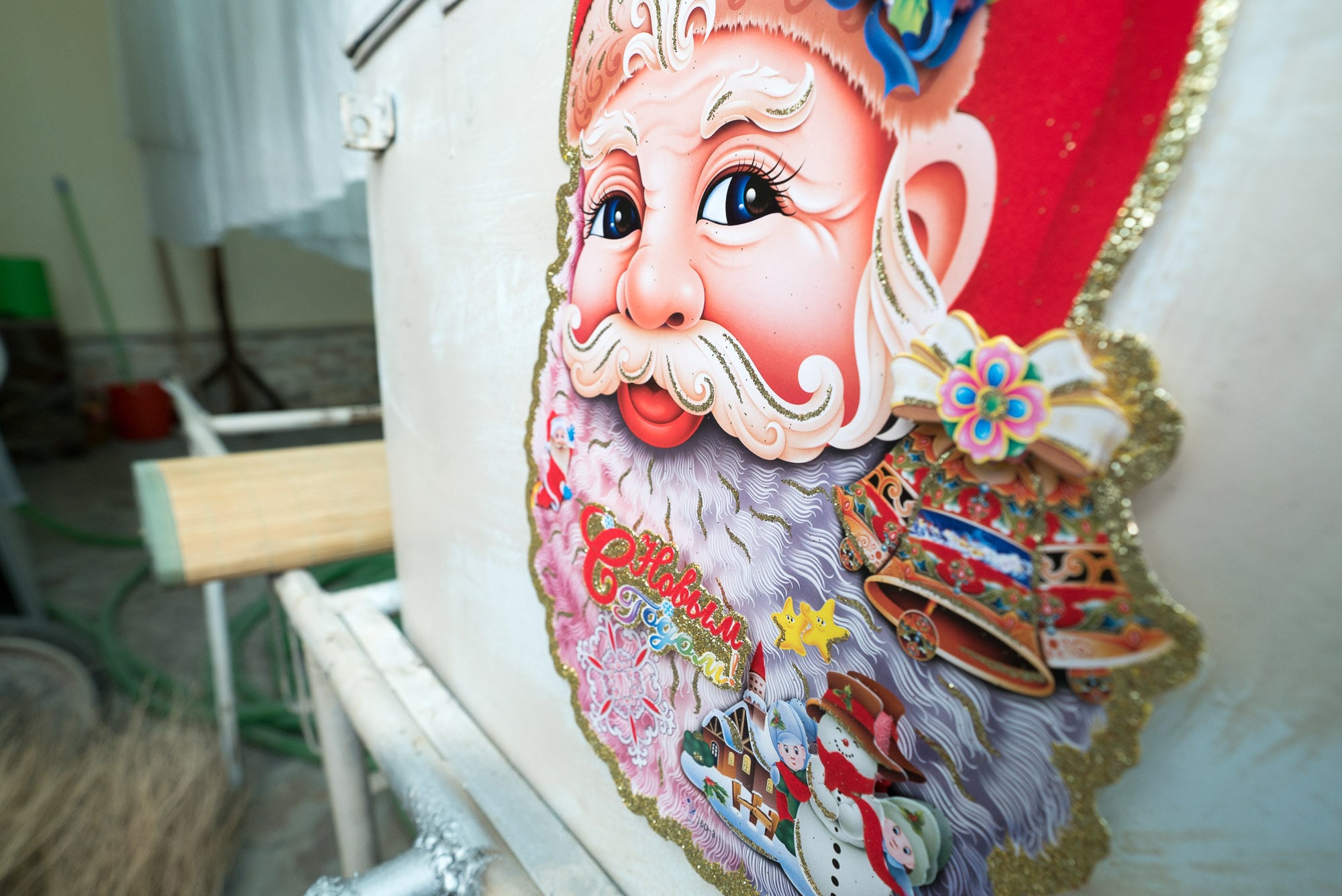 When I went back out again I noticed this poster: 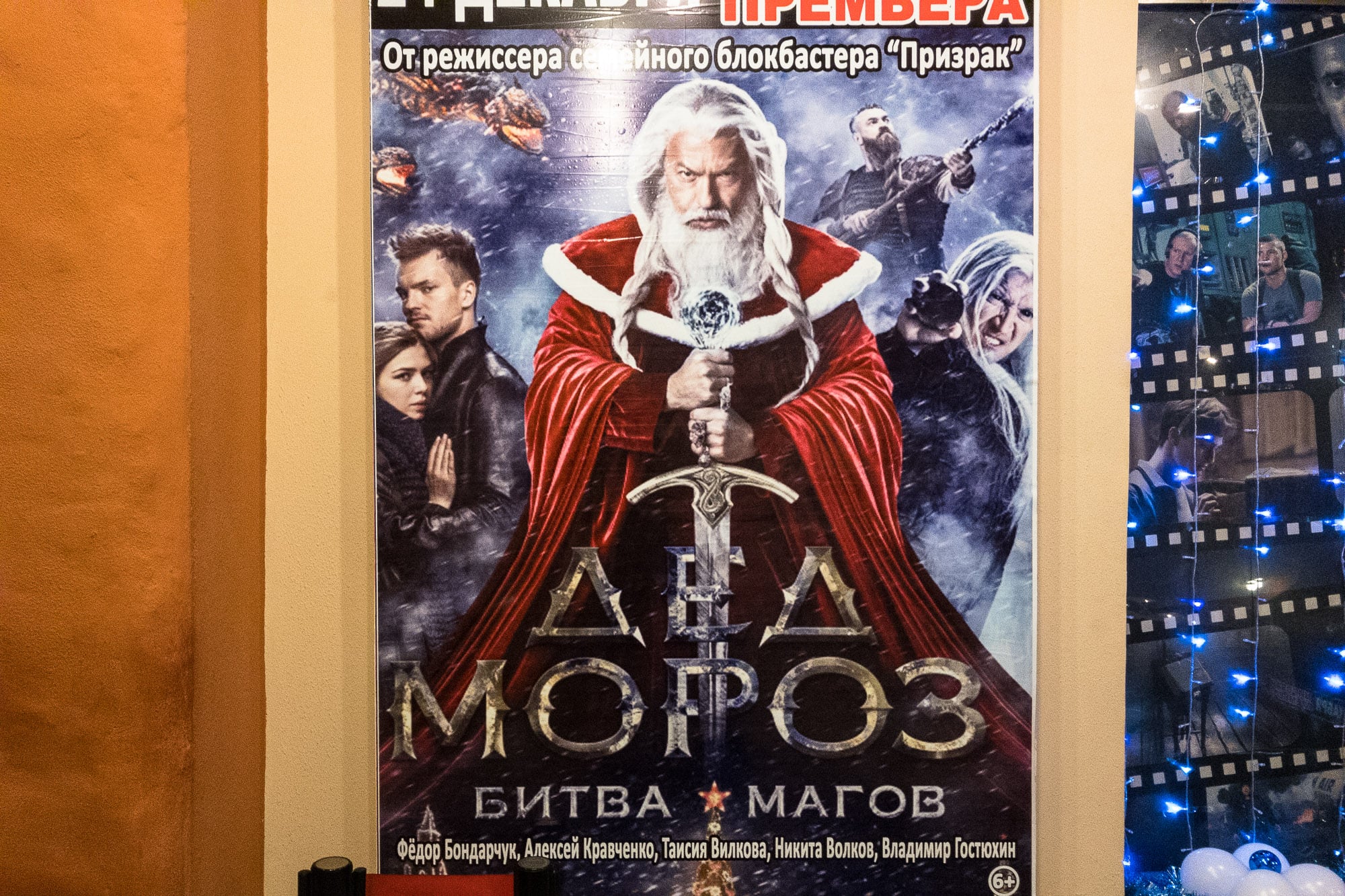 Angry Santa! I thought, have you come to take care of that fucking chicken for us?