So today I was shown around Astana.

First thing I saw was ice in big fat blocks: 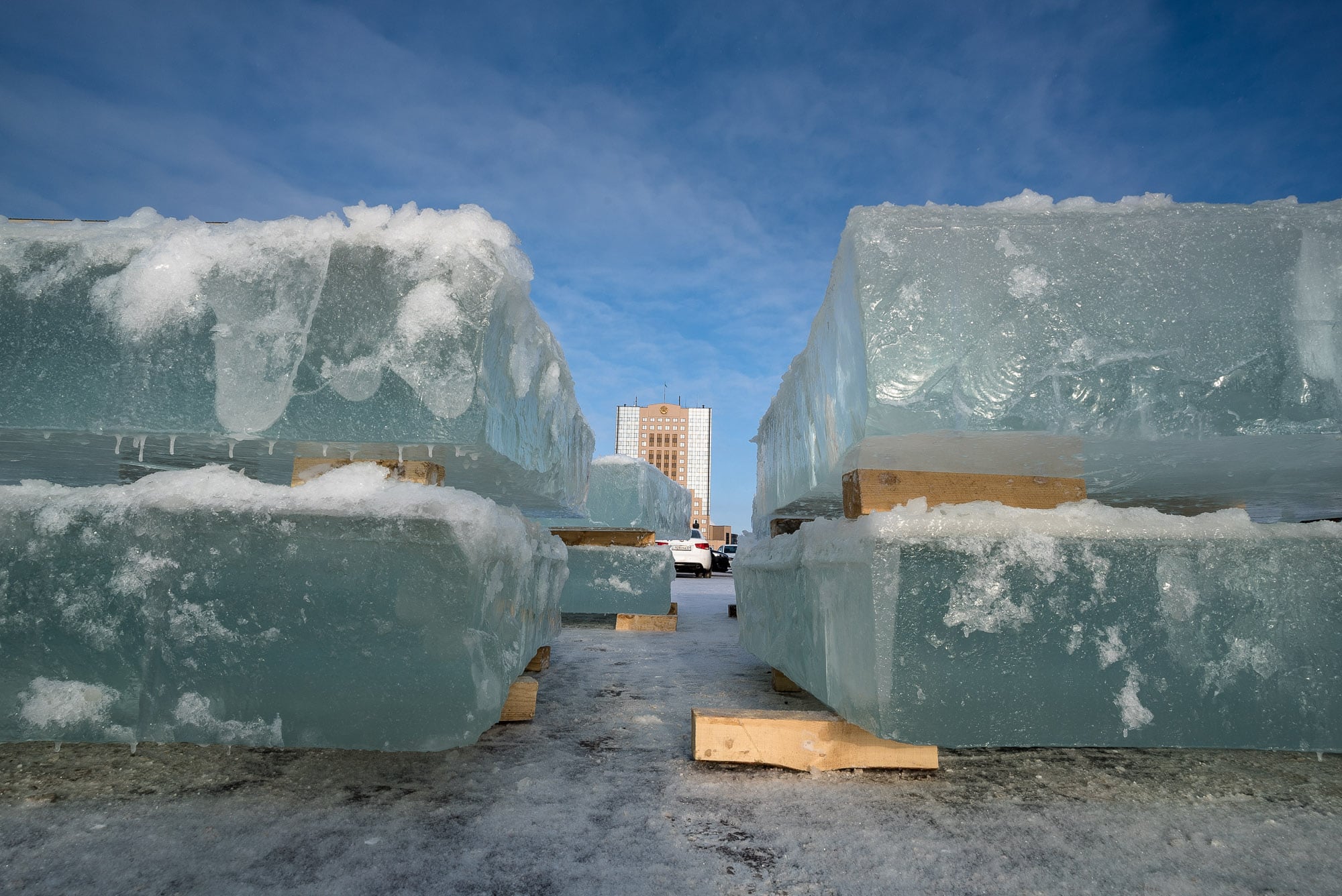 They were apparently going to be part of some installation.

Now if you can have ice just laying around without having to worry about it melting, that means it’s pretty cold around you.

And yes, the river was frozen, too: 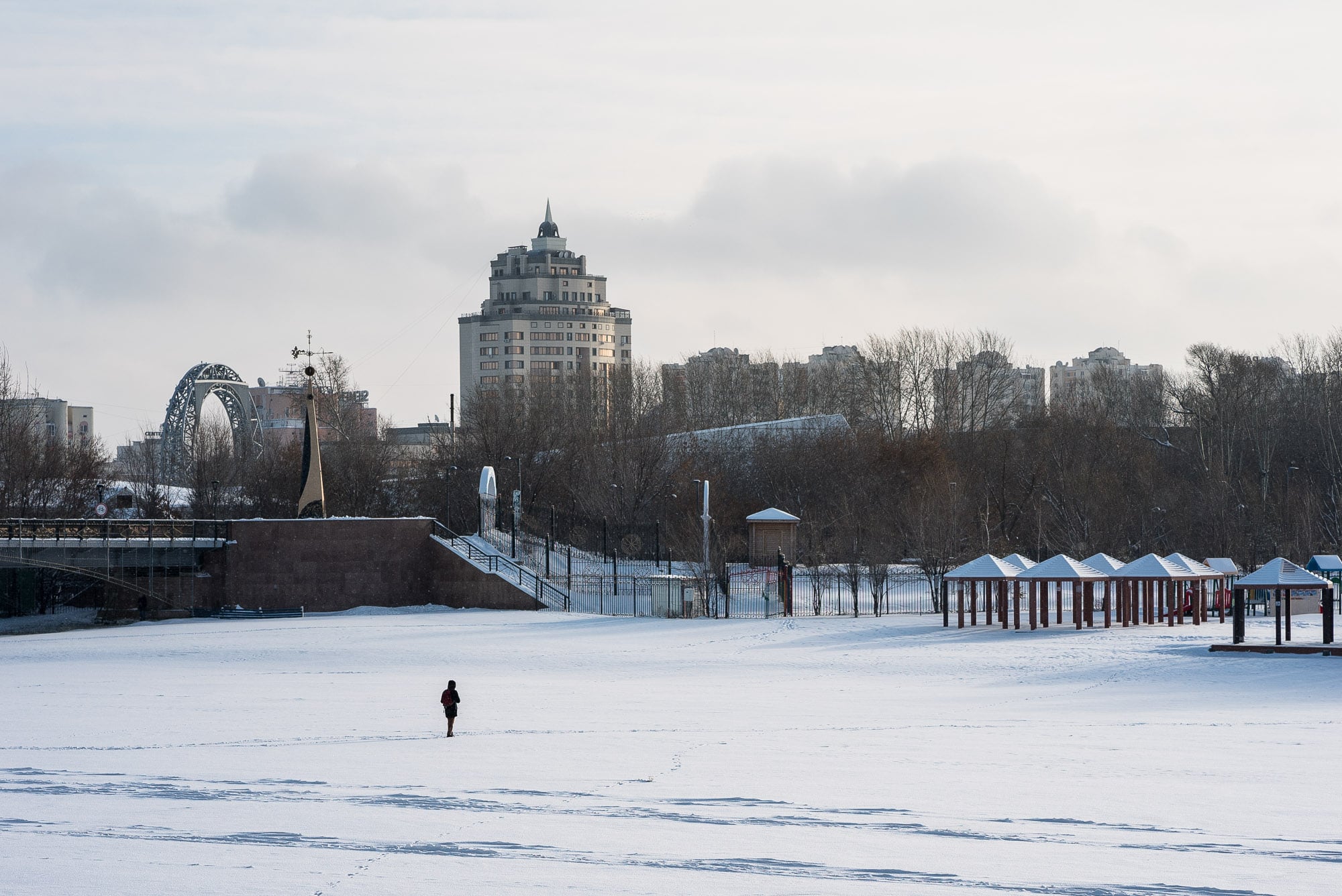 Next thing I know I am looking at the site of the 2017 Astana Expo: 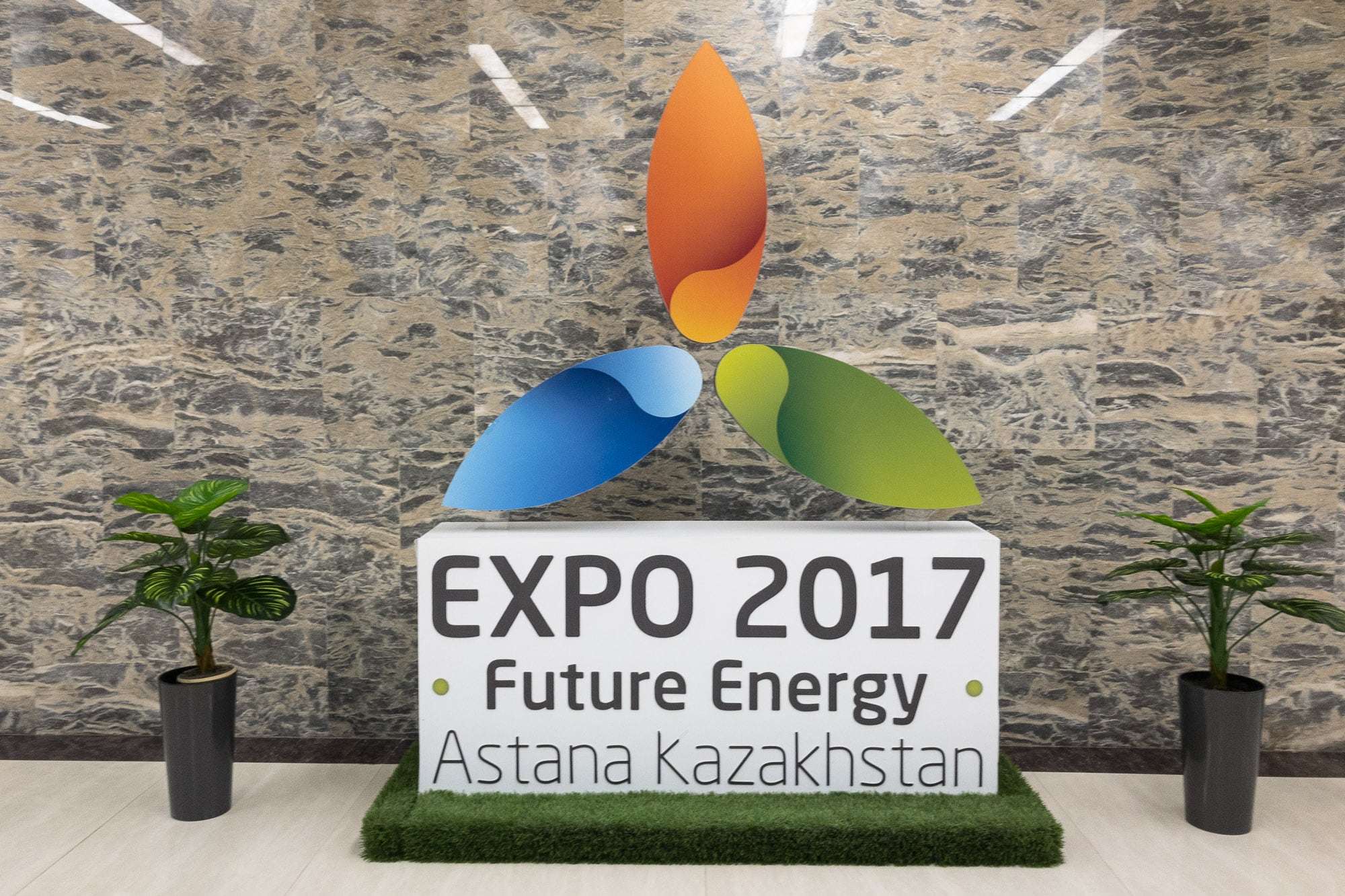 After all, this was what I had been brought here for: 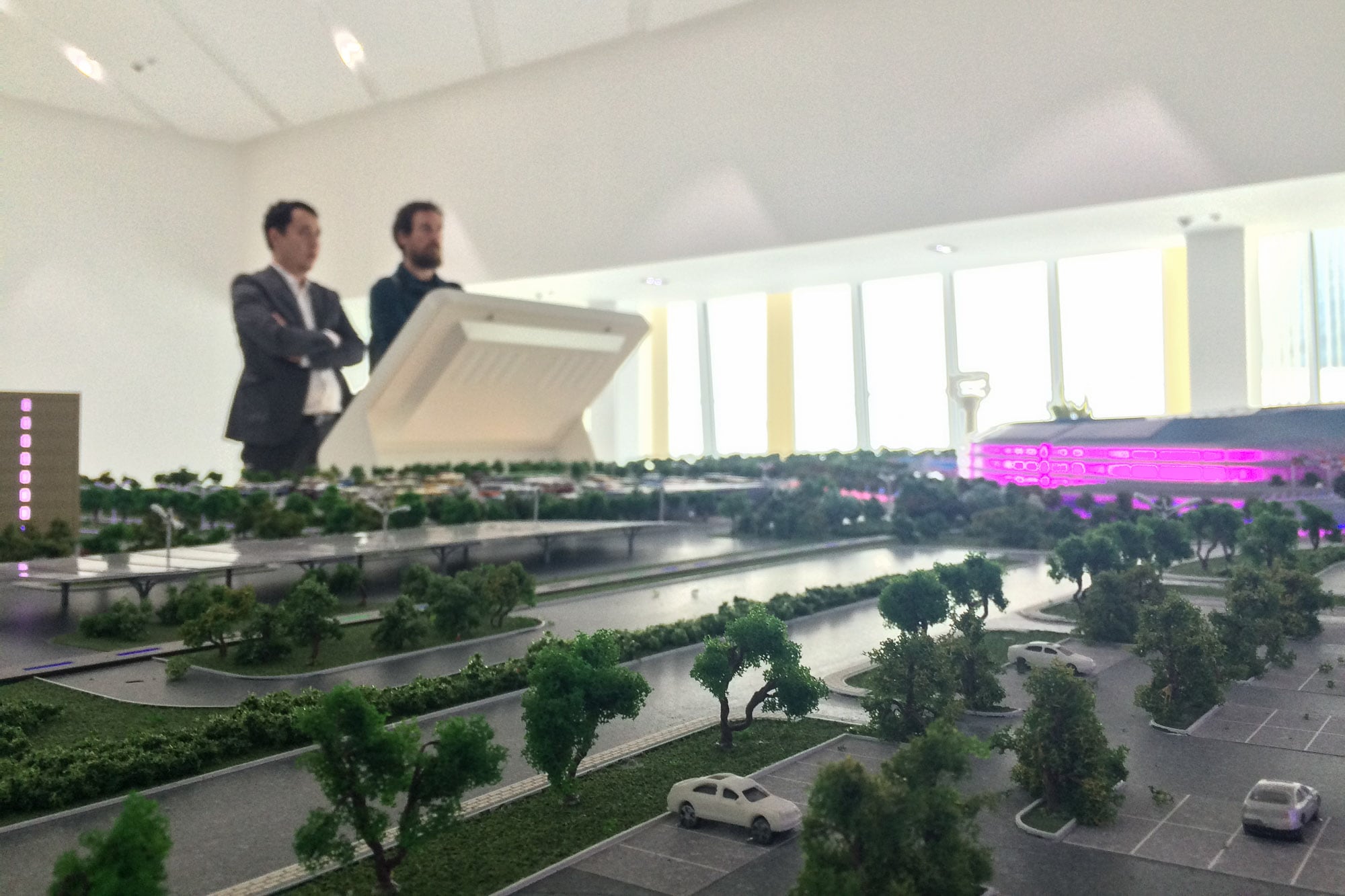 So I looked at a scale model of the World Exposition and listened to this gentleman explaining how it was all going to go down: 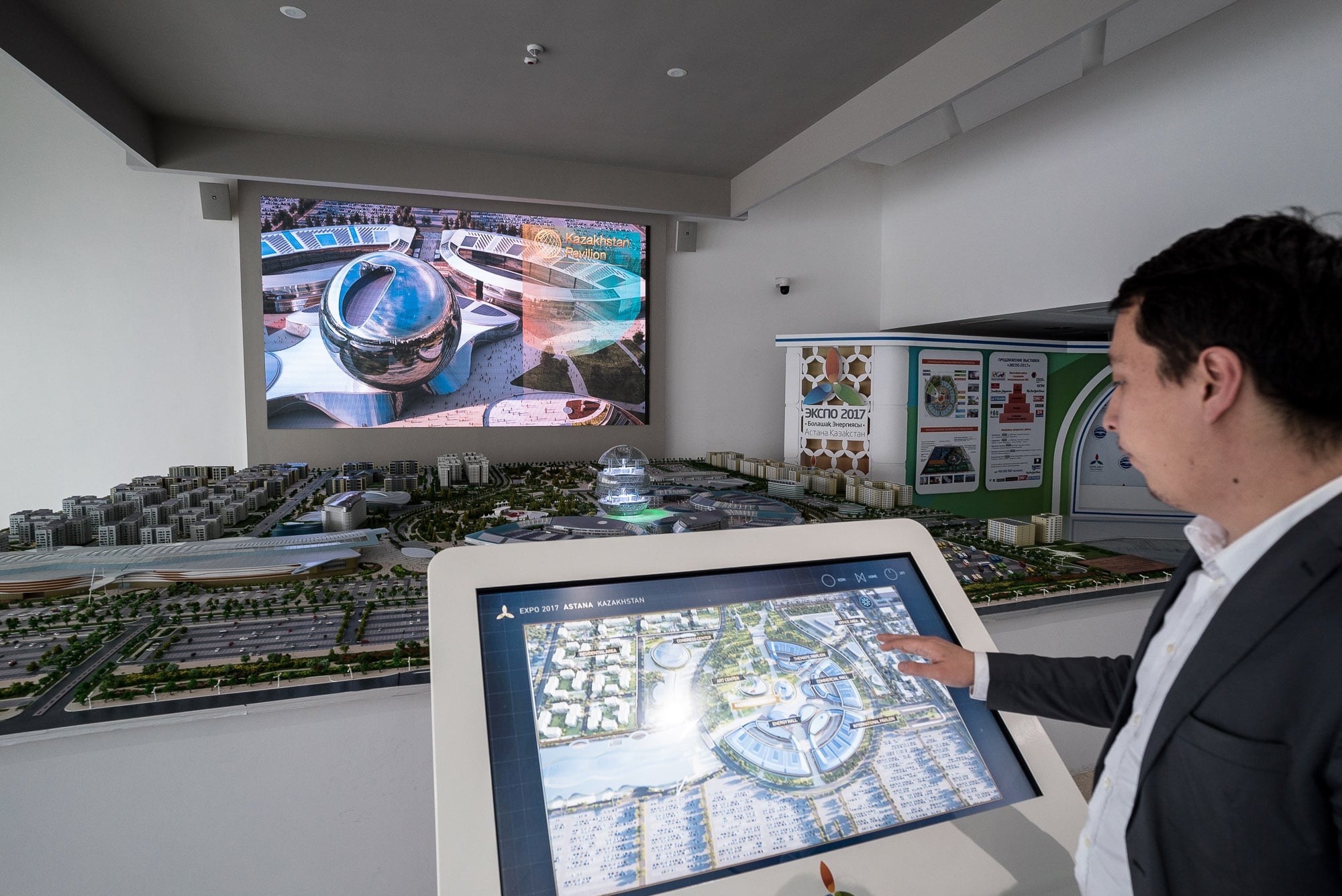 The whole thing was apparently centered around a fairly large ball-like structure.

The gentleman pointed to a pair of binoculars, and there it was: 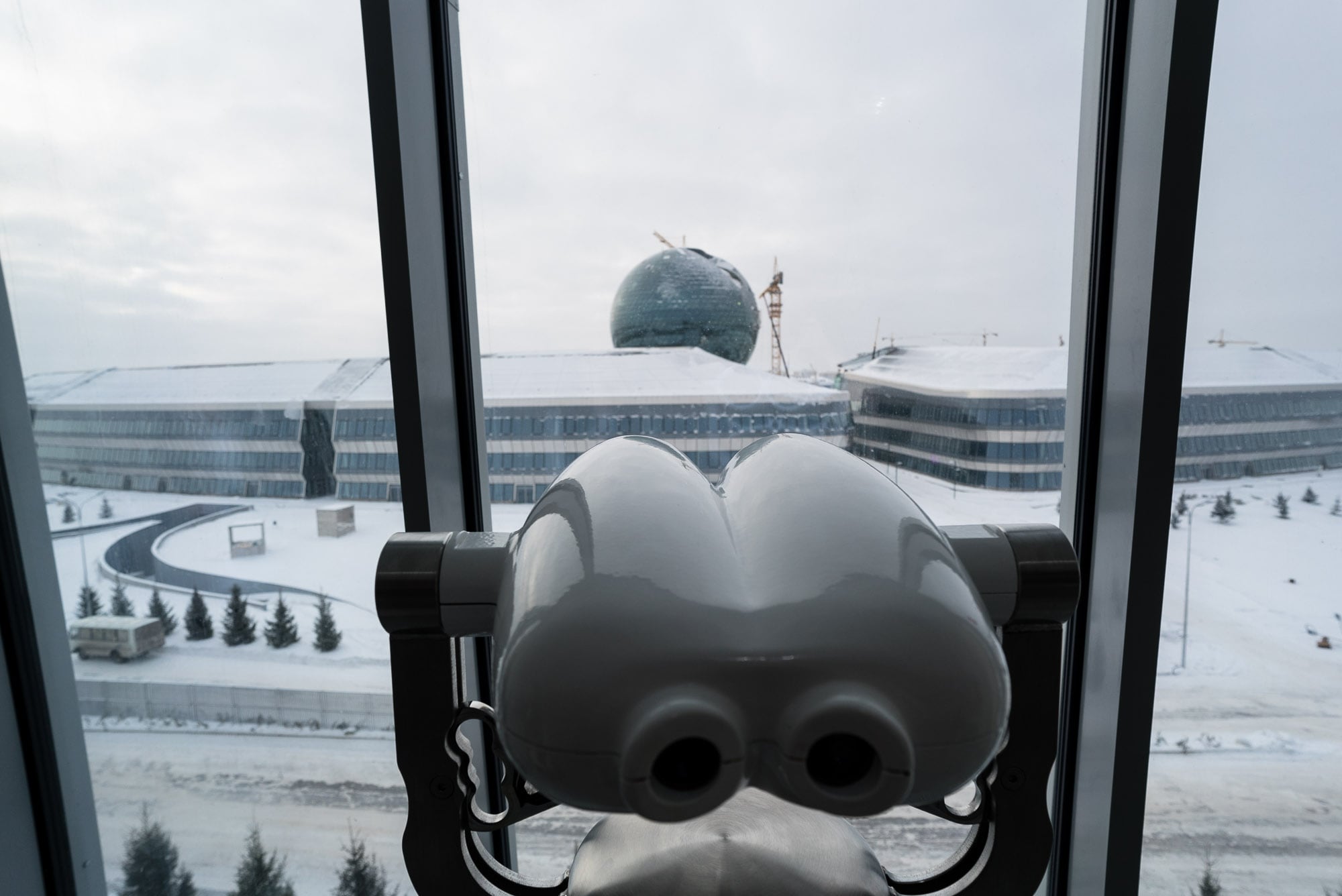 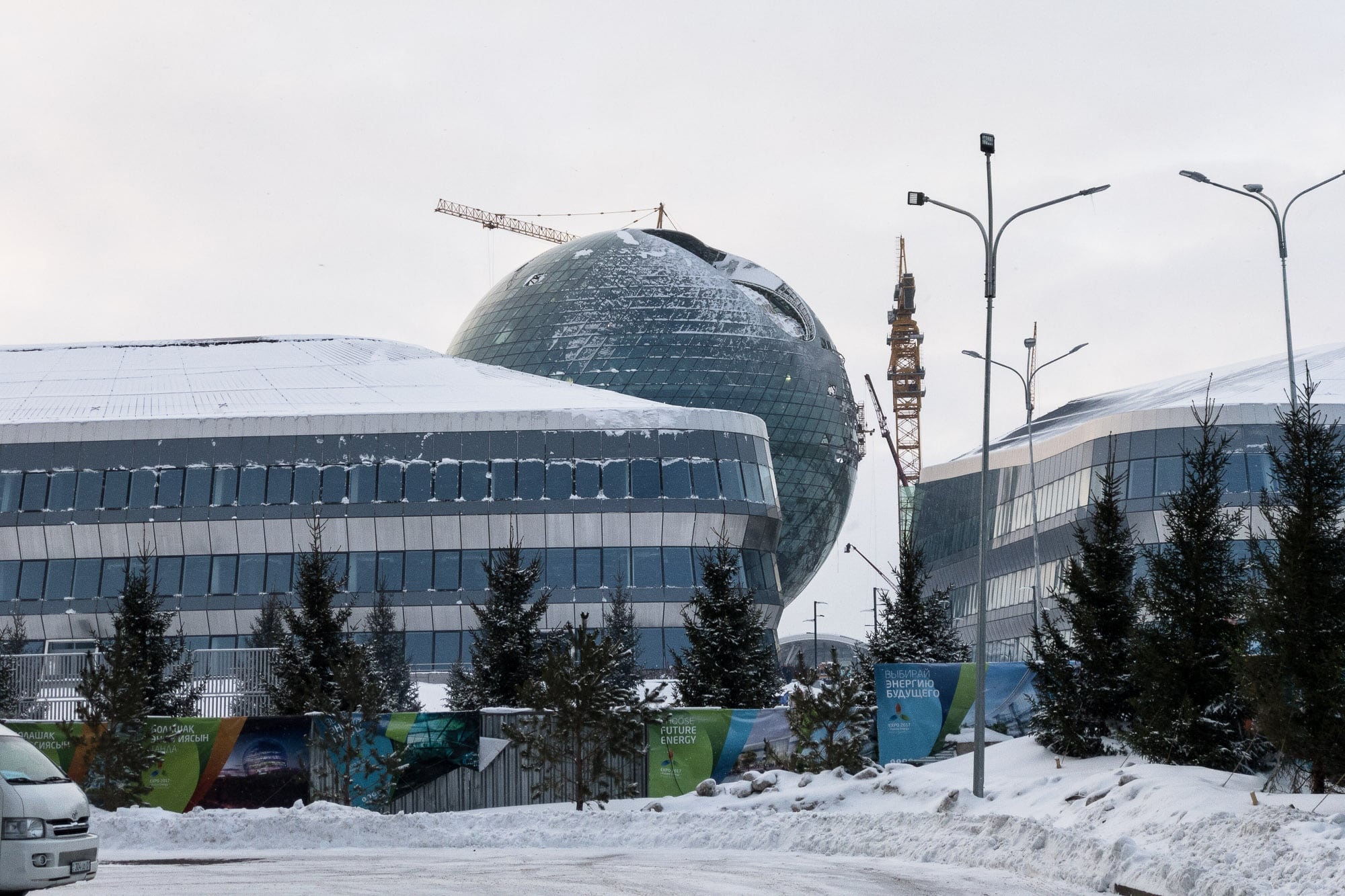 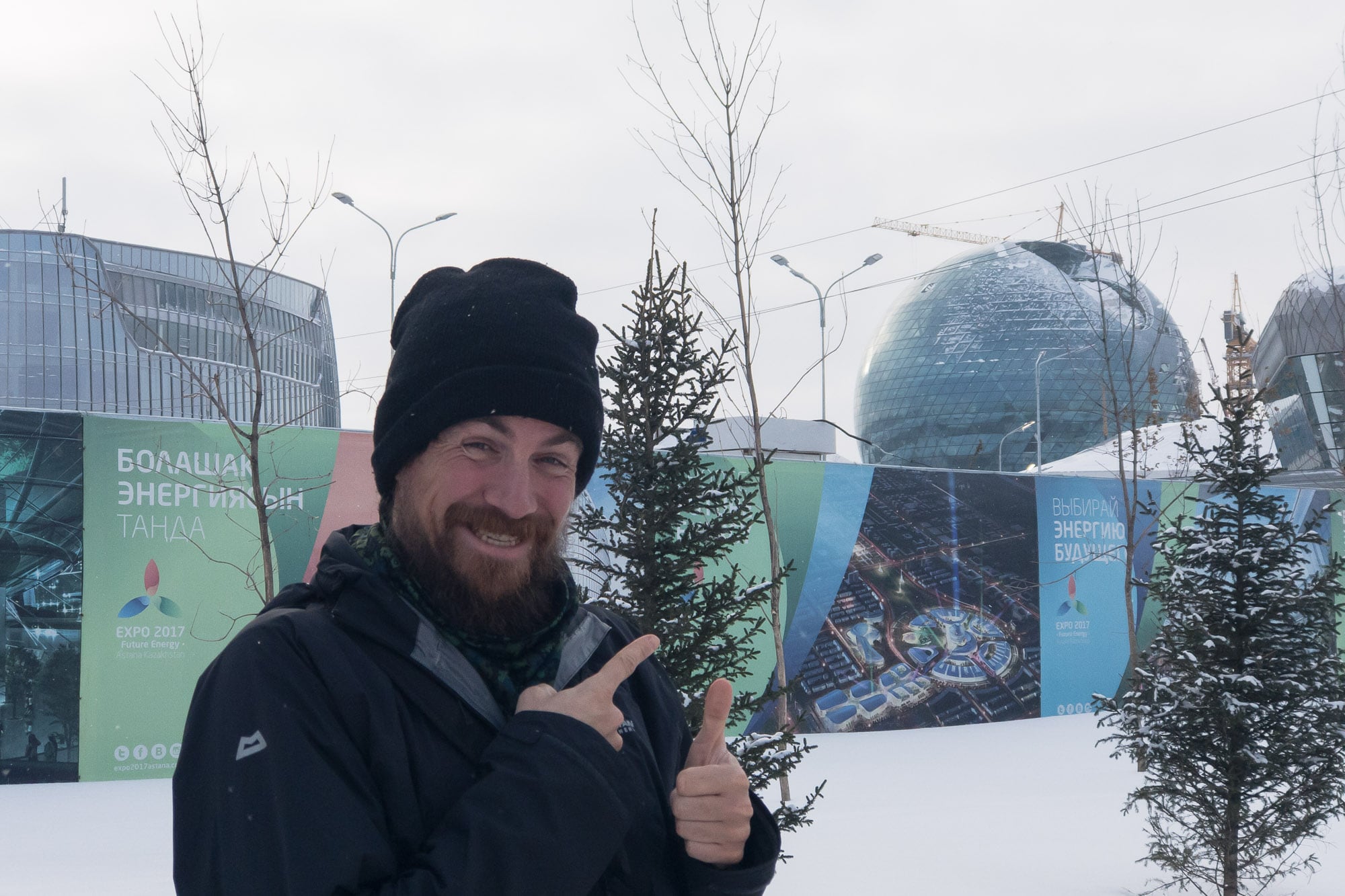 I was in love.

Faded the sight of beauty from my eyes!

I was brought to a tower called Bayterek after that: 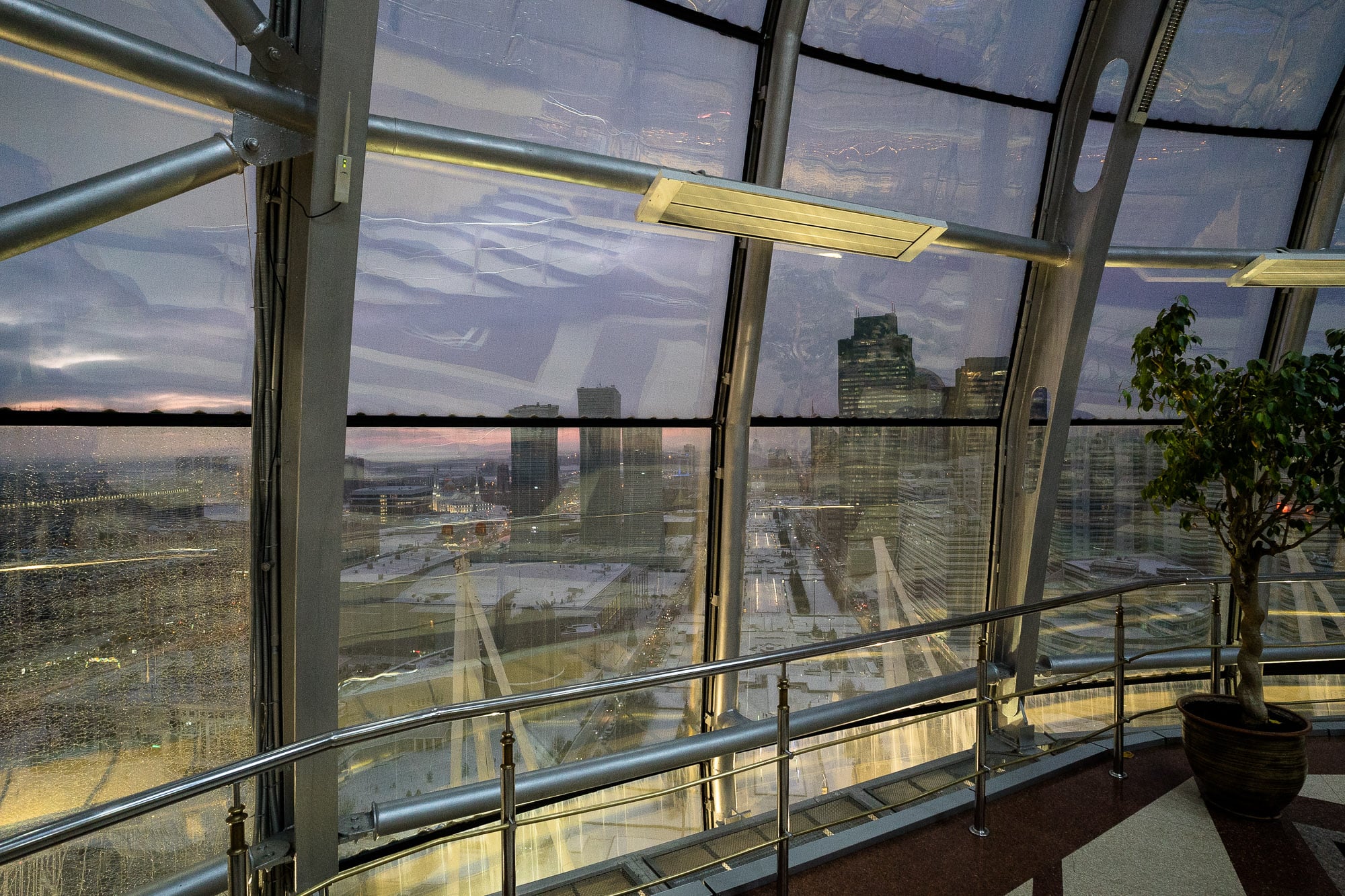 Didn’t like it, though. I mean, I understand that Astana can get very cold during winter, but still I don’t appreciate “viewing platforms” with windows all around. If I want to look at a scenery I want to do it without having to peek through a layer of glass. Otherwise if feels just like seeing it on a screen. There are too many places that don’t seem to get this. I hate all of them.

I was happy when we went to Khan Shatyr, a giant tent-shaped structure that was basically made of plastic and steel: 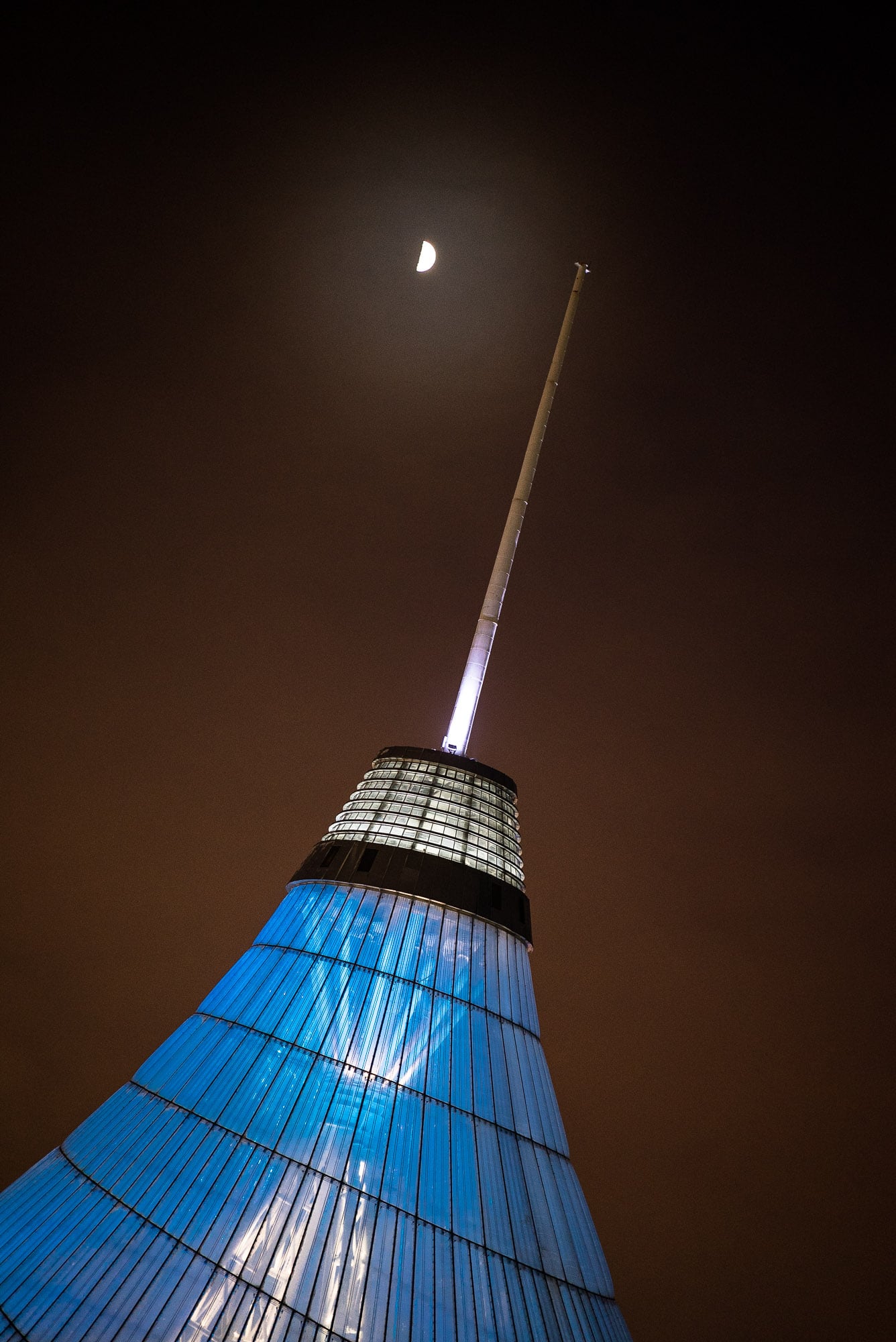 It was big and it was fun, and there was all kinds of entertainment going on inside: 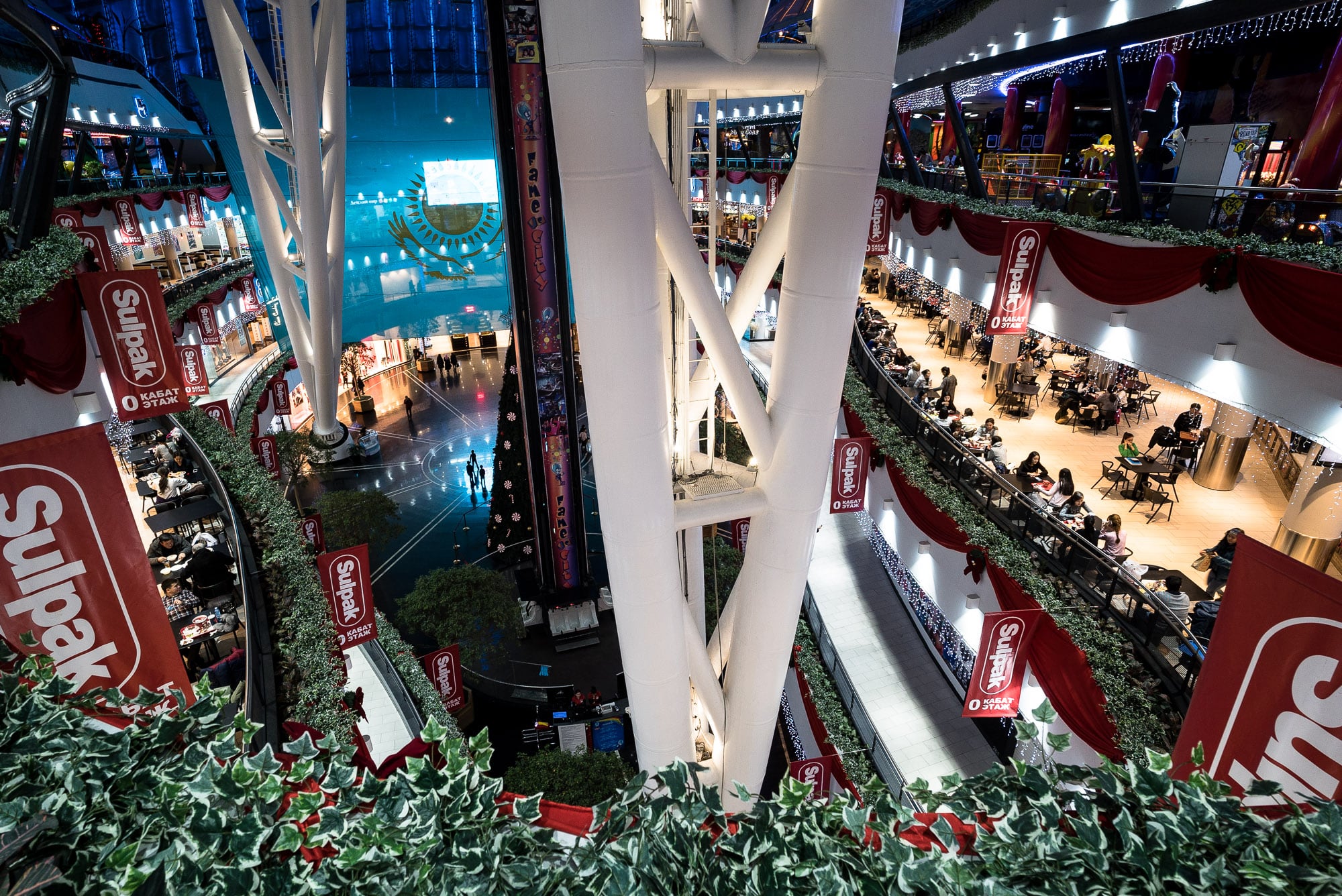 Not to mention a huge Kazakh flag in the center: 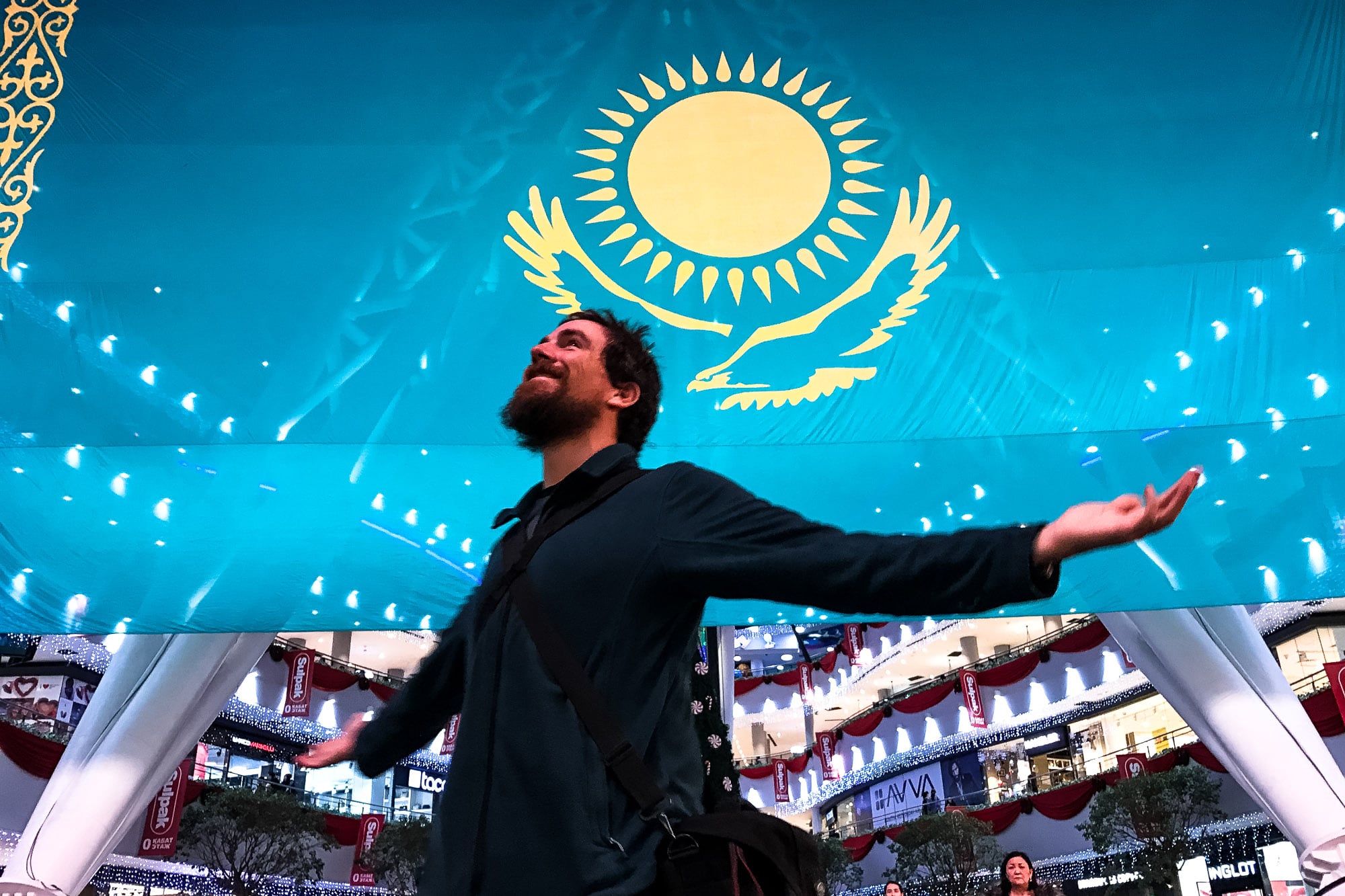 But for me, the best part of it was outside: 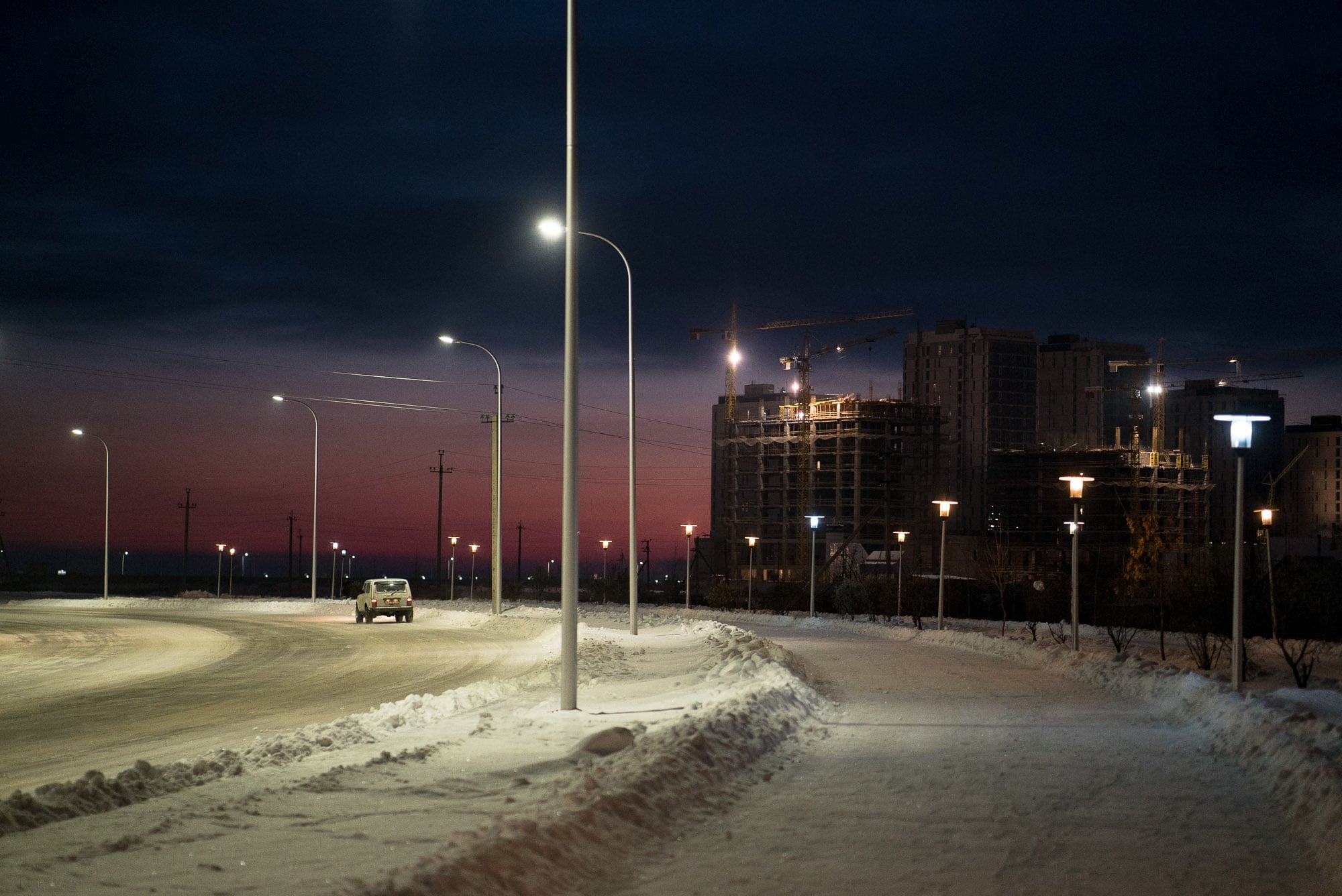 I am not exactly sure why I liked it so much out there. Maybe it was the crackling cold and the quietness of it all. I noticed some old houses right next to the tent: 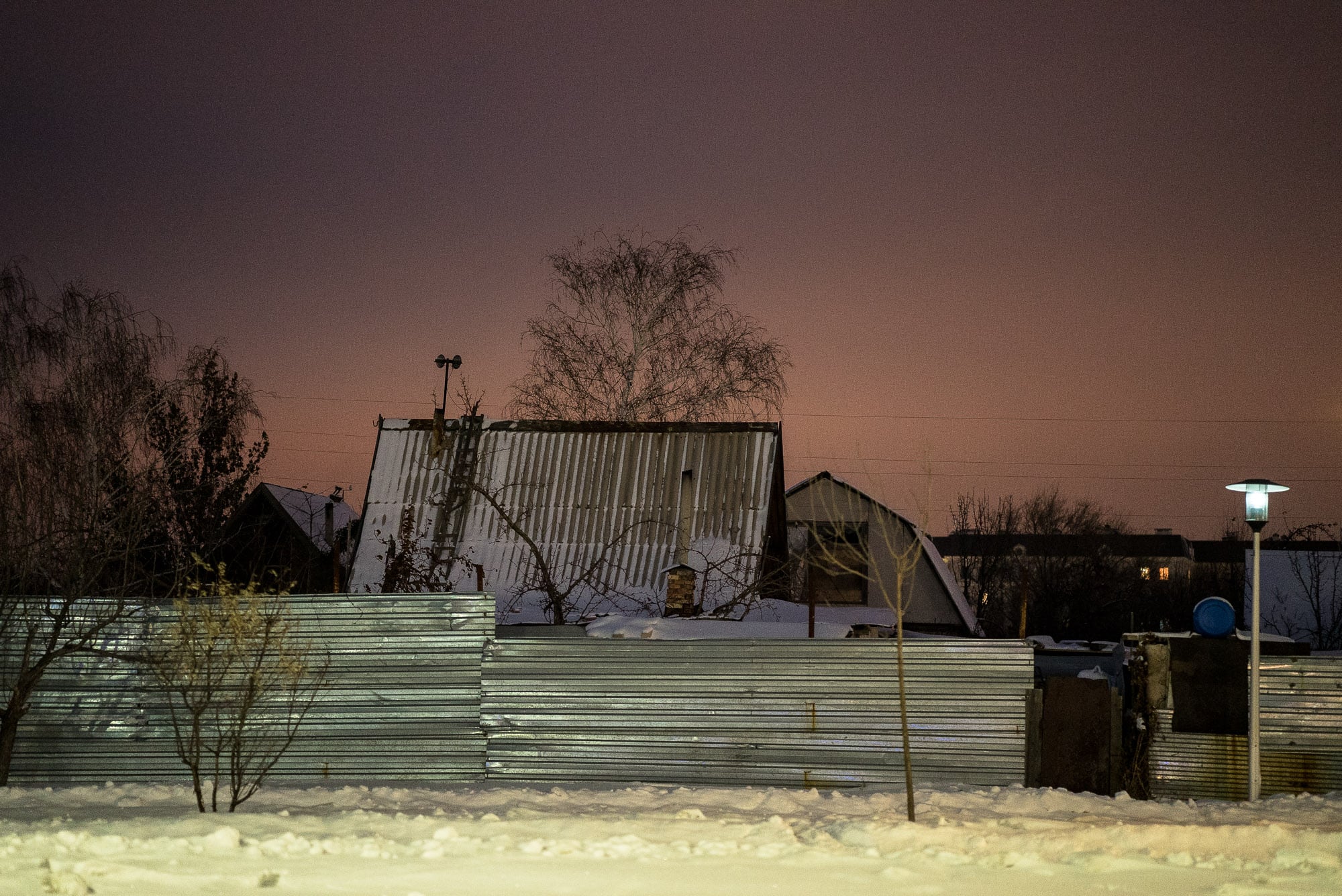 Astana seemed to be extending its arms into the suburbs, which had formerly been just plain countryside: 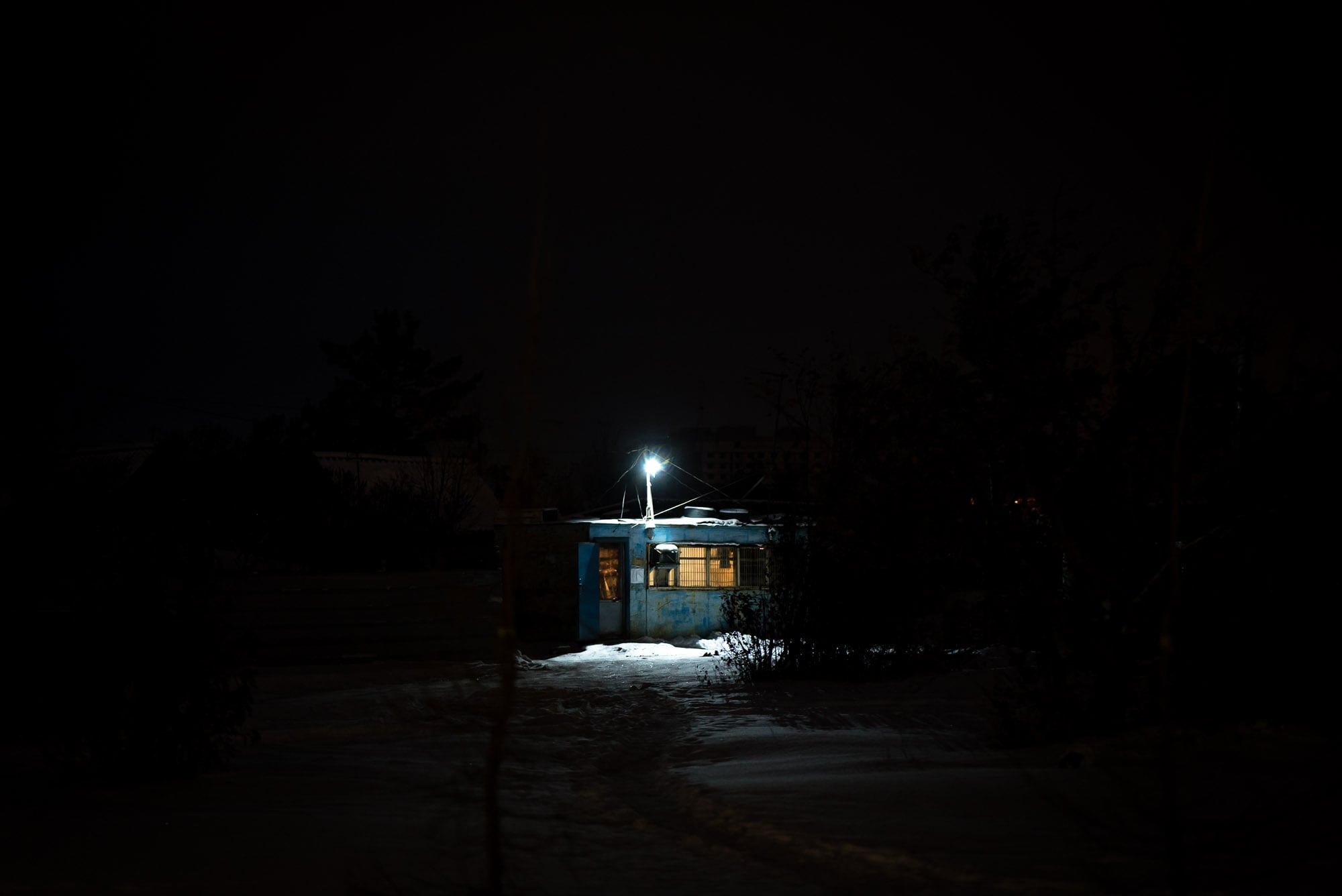 And I felt reminded of the many little villages that I had walked through on this leg of my trip.