I got up early in the morning because I wanted to capture the sunrise near the mausoleum: 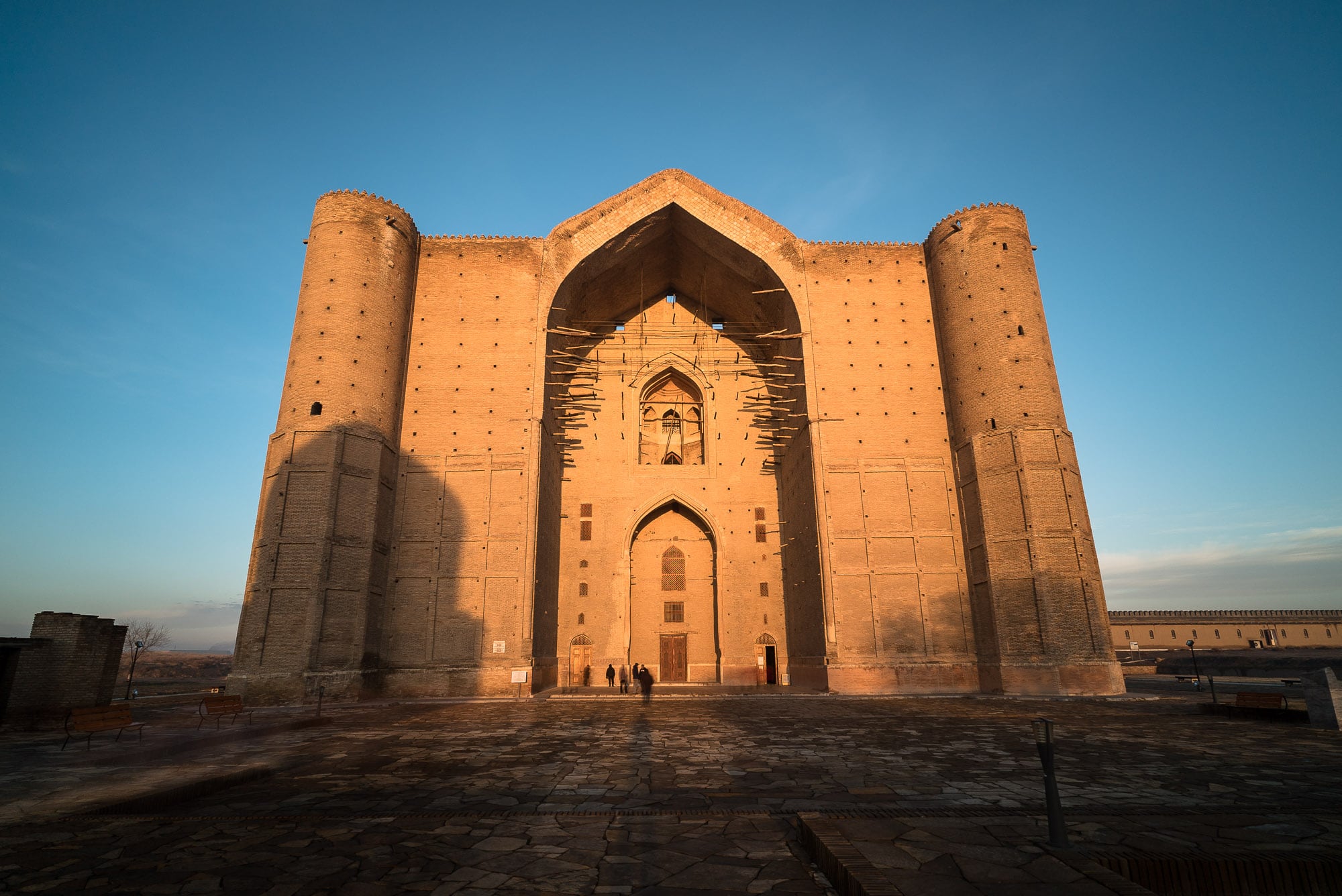 But alas! I failed.

What I did manage to capture was the pollution though: 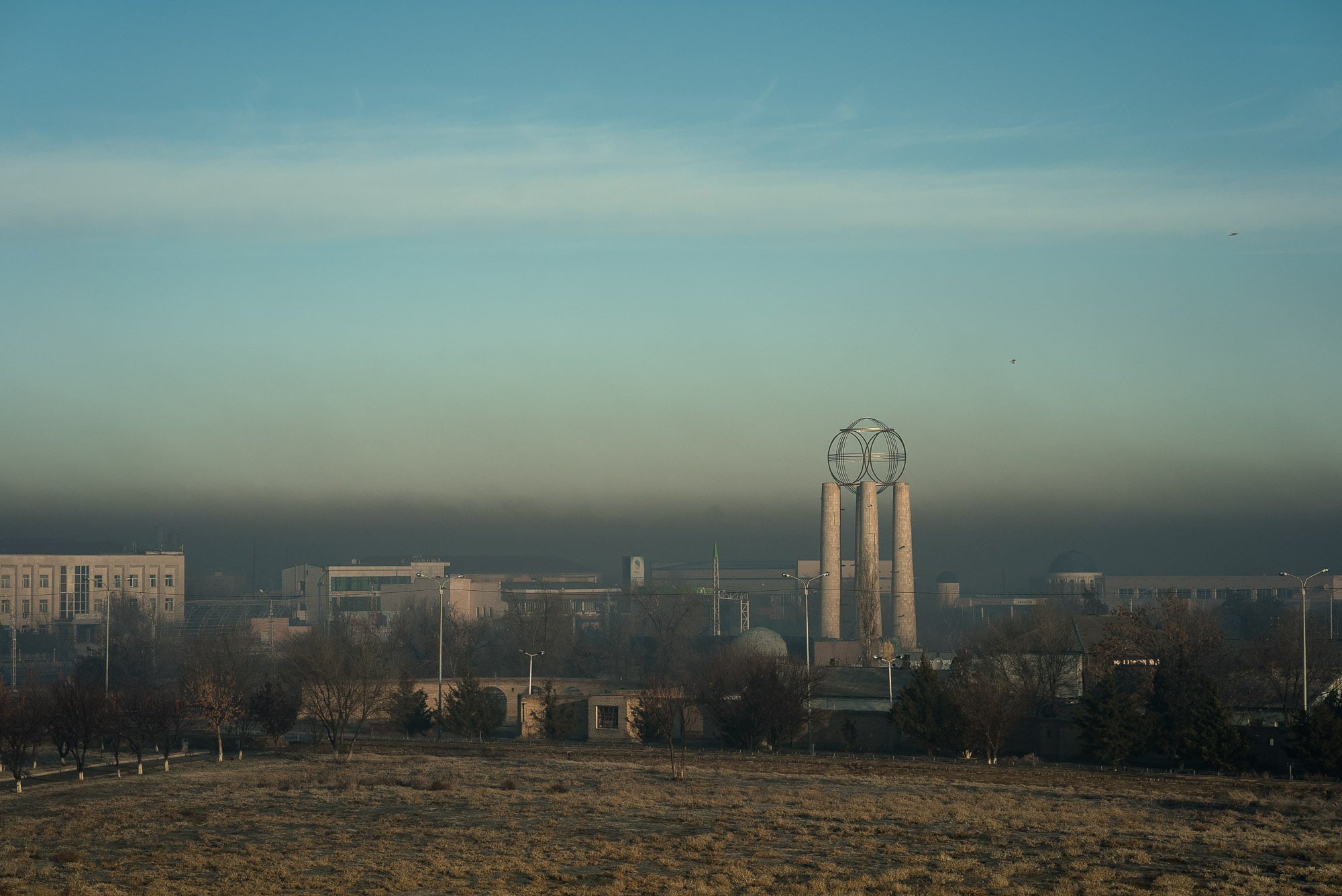 See the layer of smog in this picture? I was told that it came from a local heating plant. That’s why it was usually worst in the early morning.

Anyway, I stuck around for a while, watching people circle around the mausoleum in prayer: 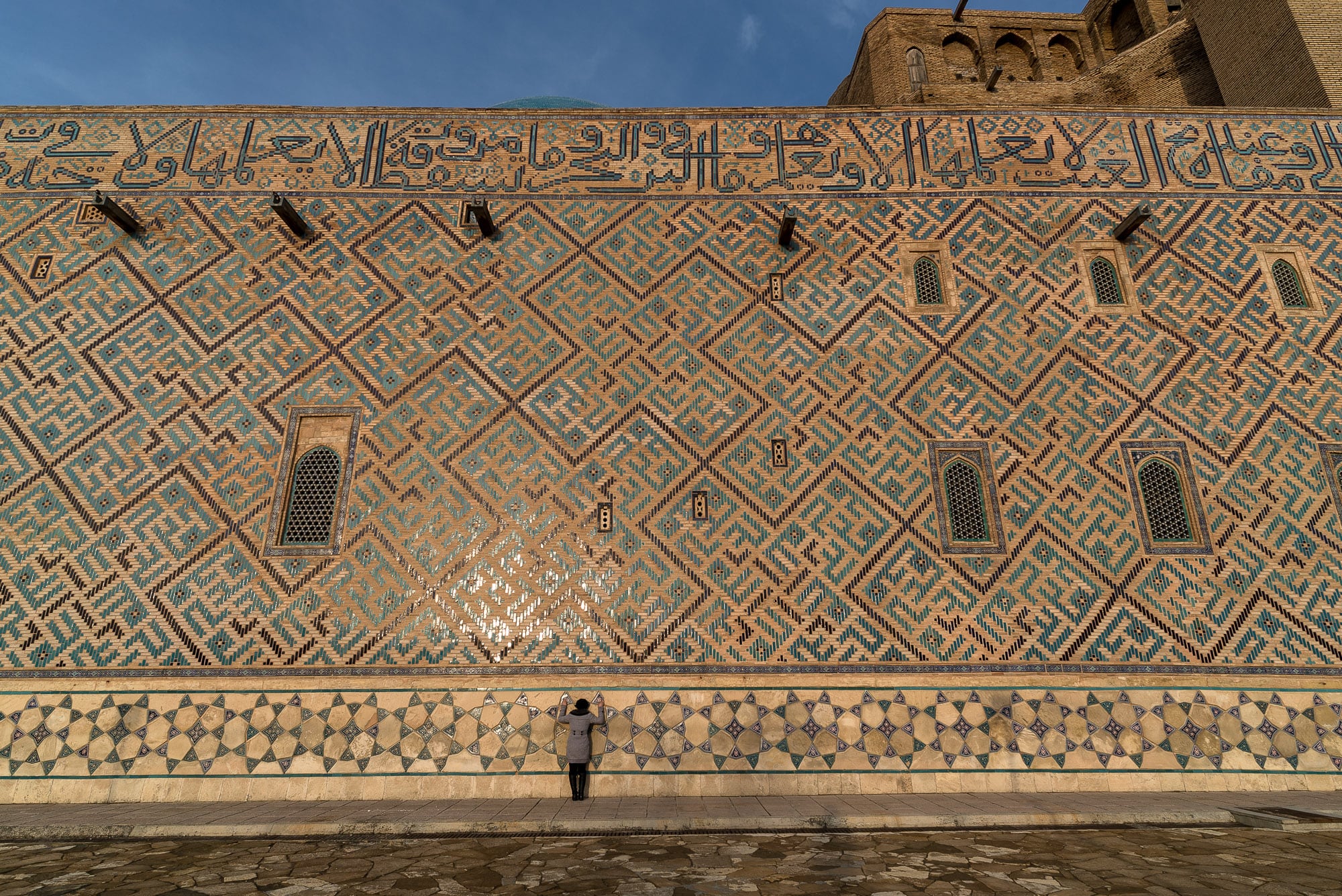 And then I walked over to a big fat mosque I had been noticing in the distance: 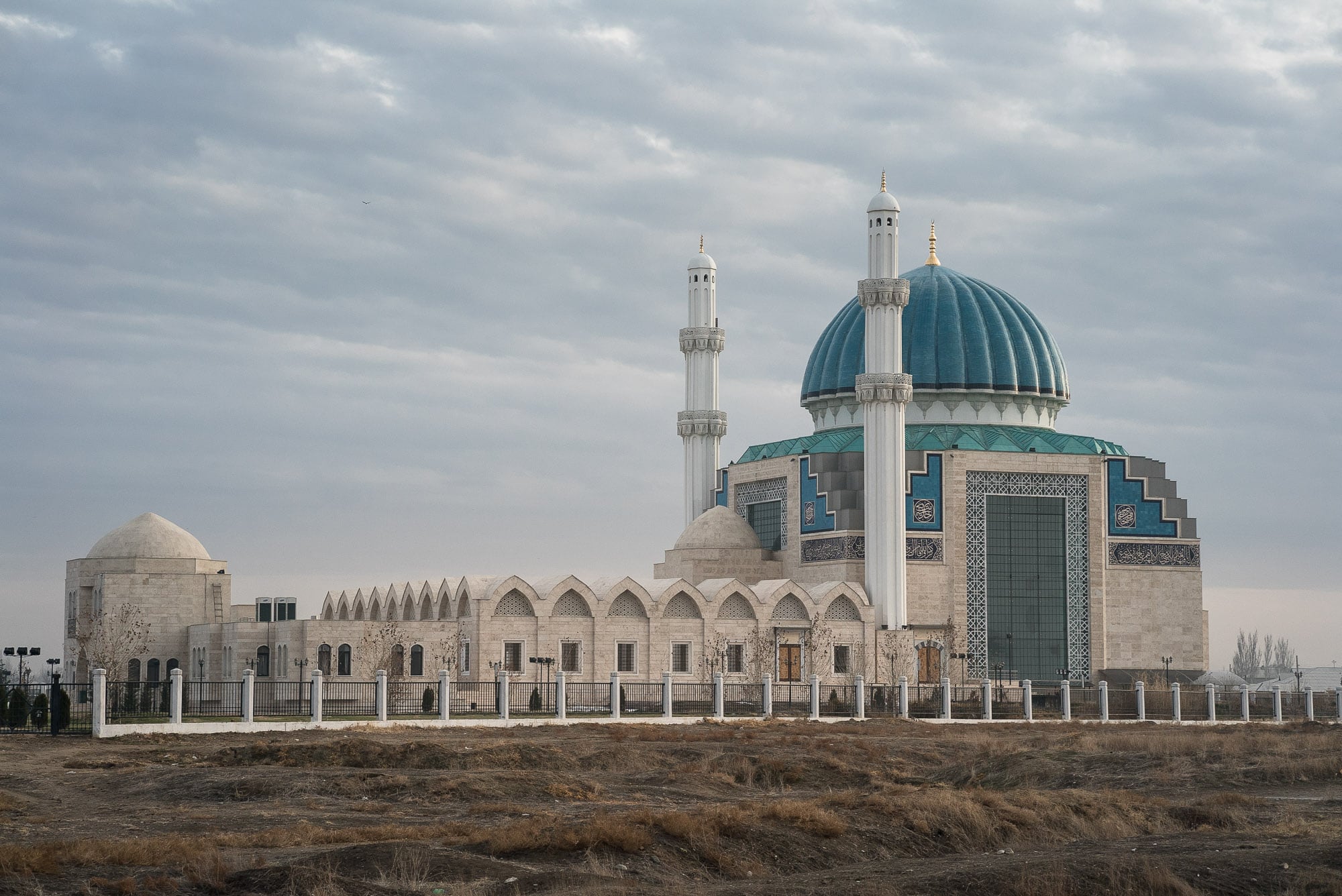 I had only been standing around in the yard for a few minutes when someone saw me and told me to come in: 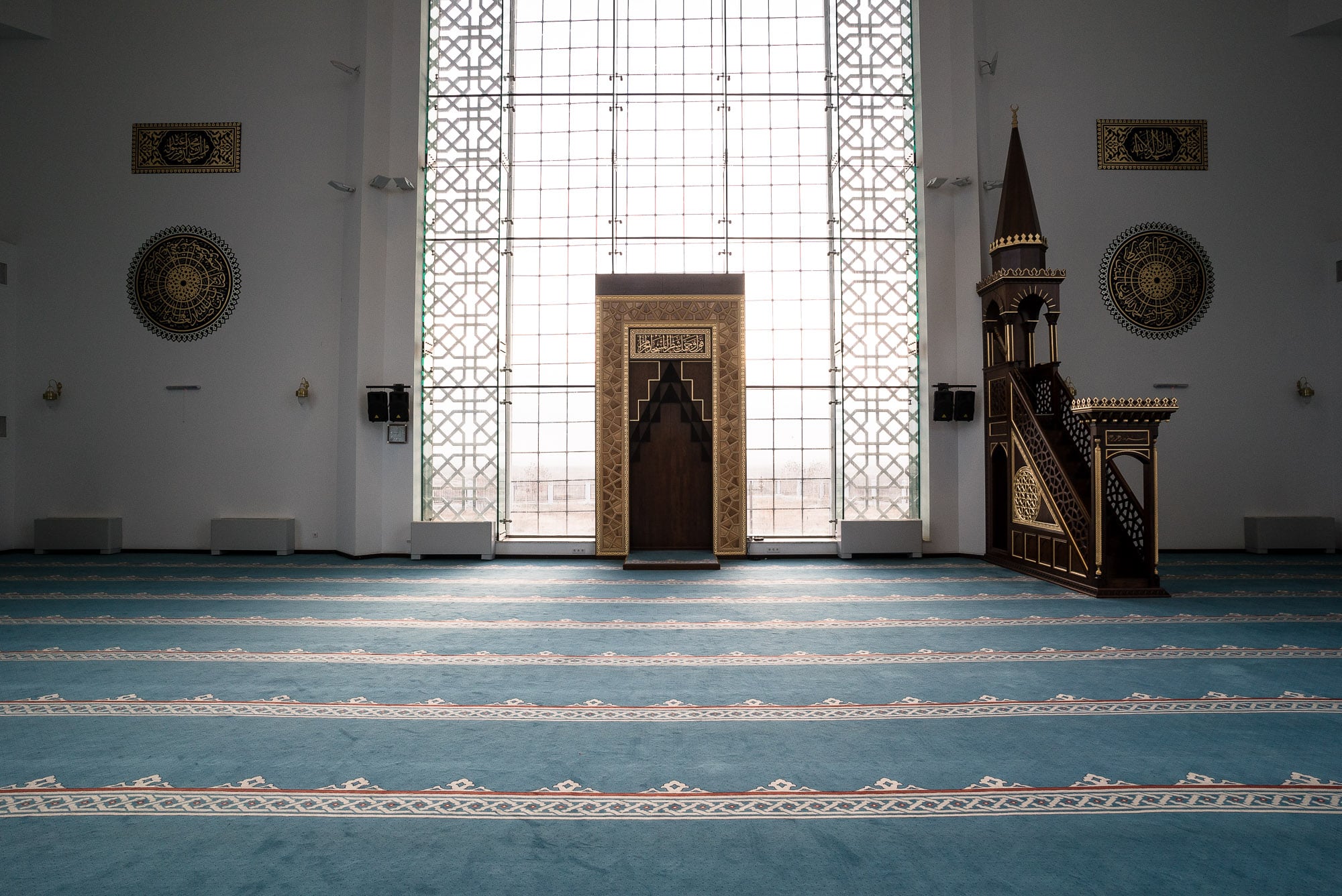 The guy’s name was Nemat, and he was working in the mosque: 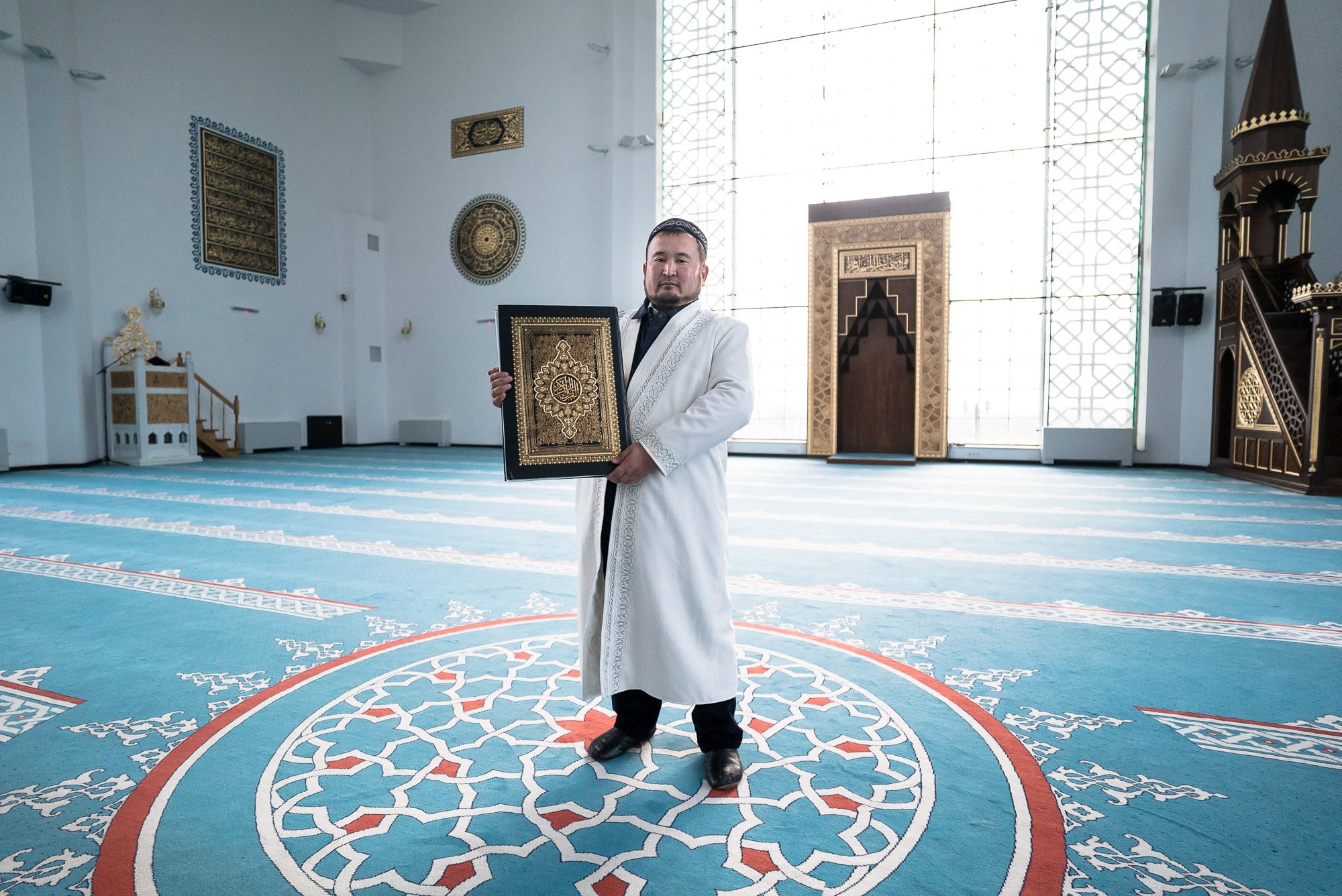 We took a few pictures while he was telling me about the history of the mosque: 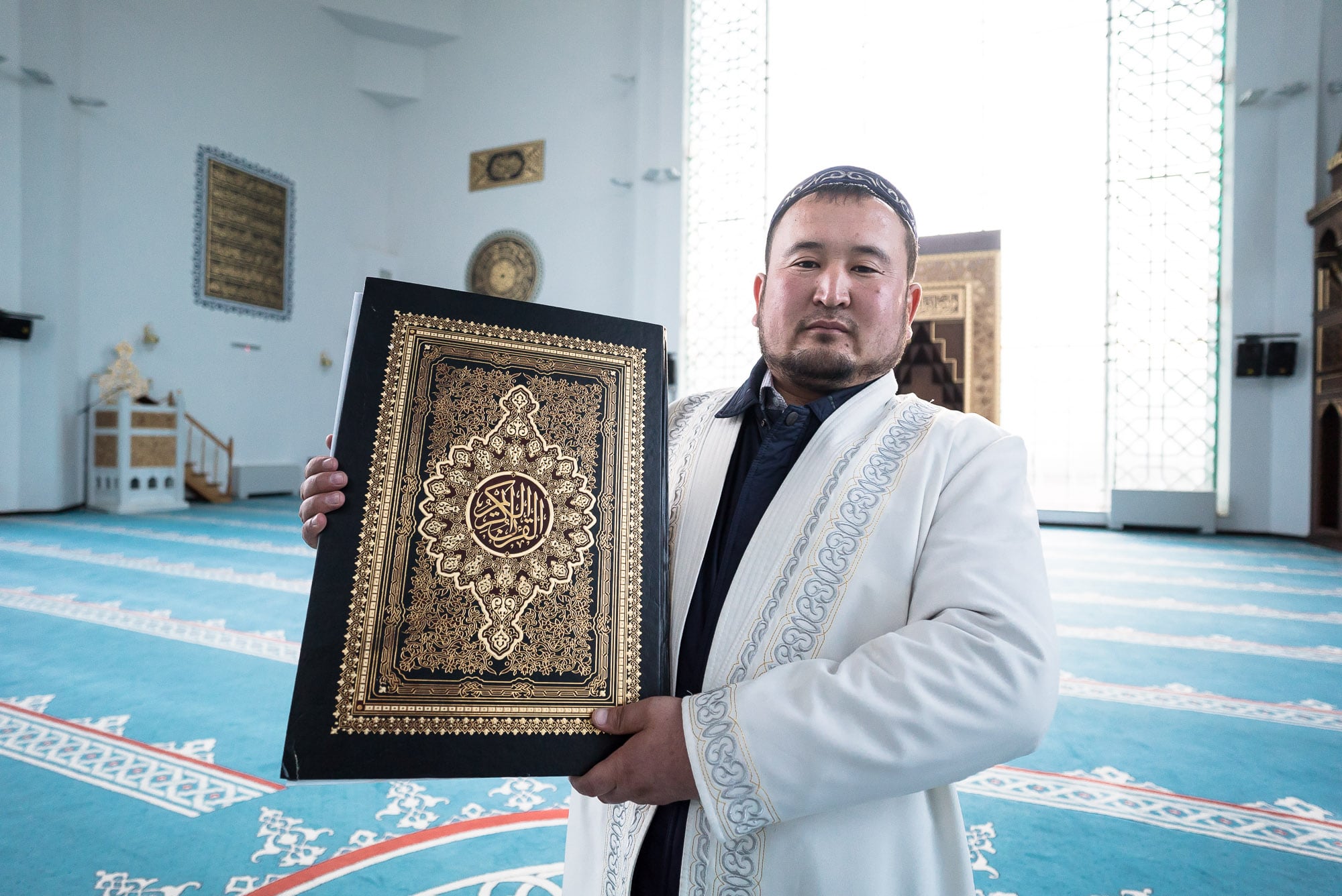 It turned out that it had almost no history. President Erdogan of Turkey had visited Turkestan a few years ago. Shortly after that, construction of the mosque had started, with the money coming from Turkey.

I was invited to stay for prayer, during which I sat on a balcony which was usually reserved for women (there weren’t any today): 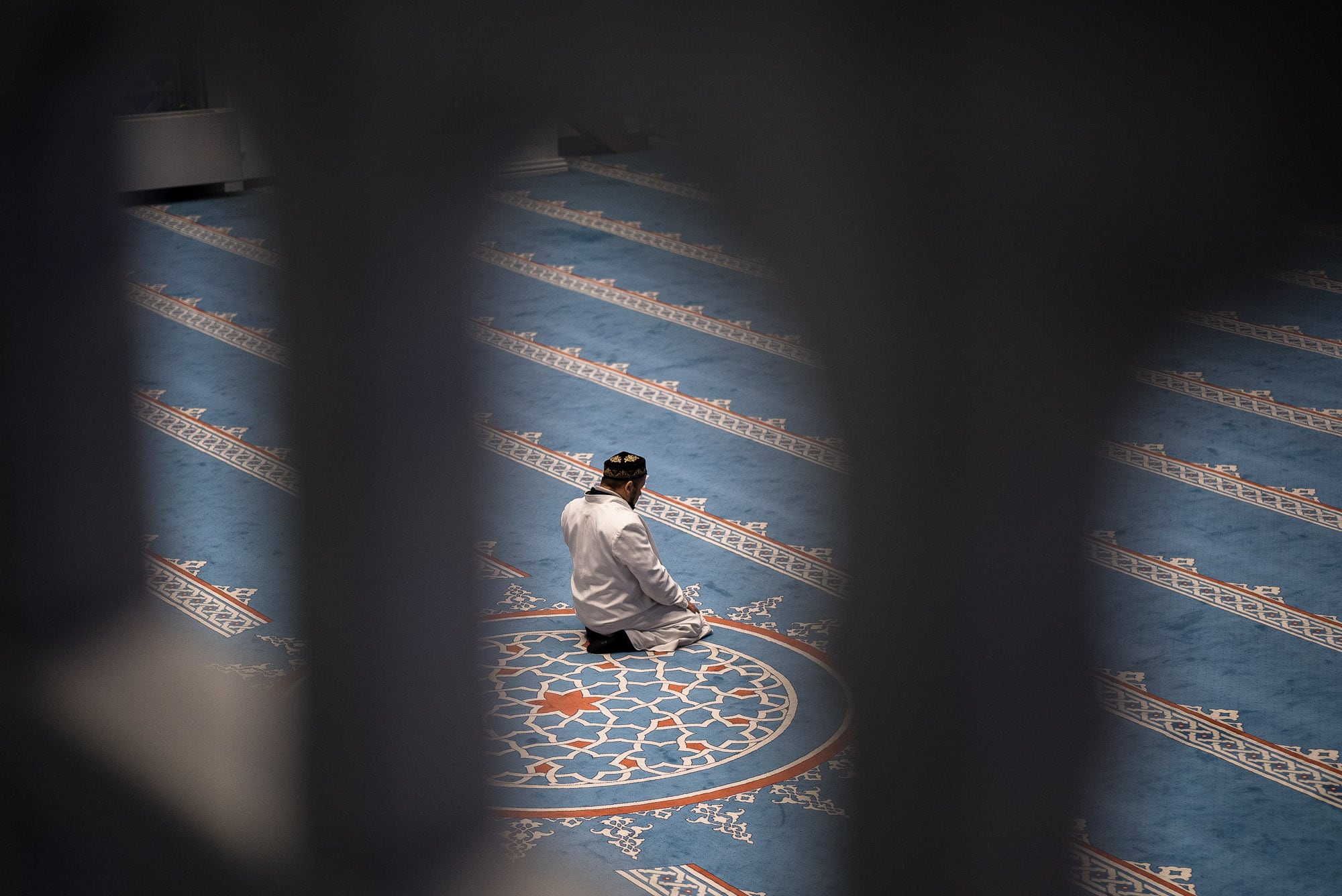 And it turned out I really liked the atmosphere in that mosque. Mostly because of the carpet, I think. It just seems very soft and cozy, especially if you compare it to Catholic churches with all their stone and their marble: 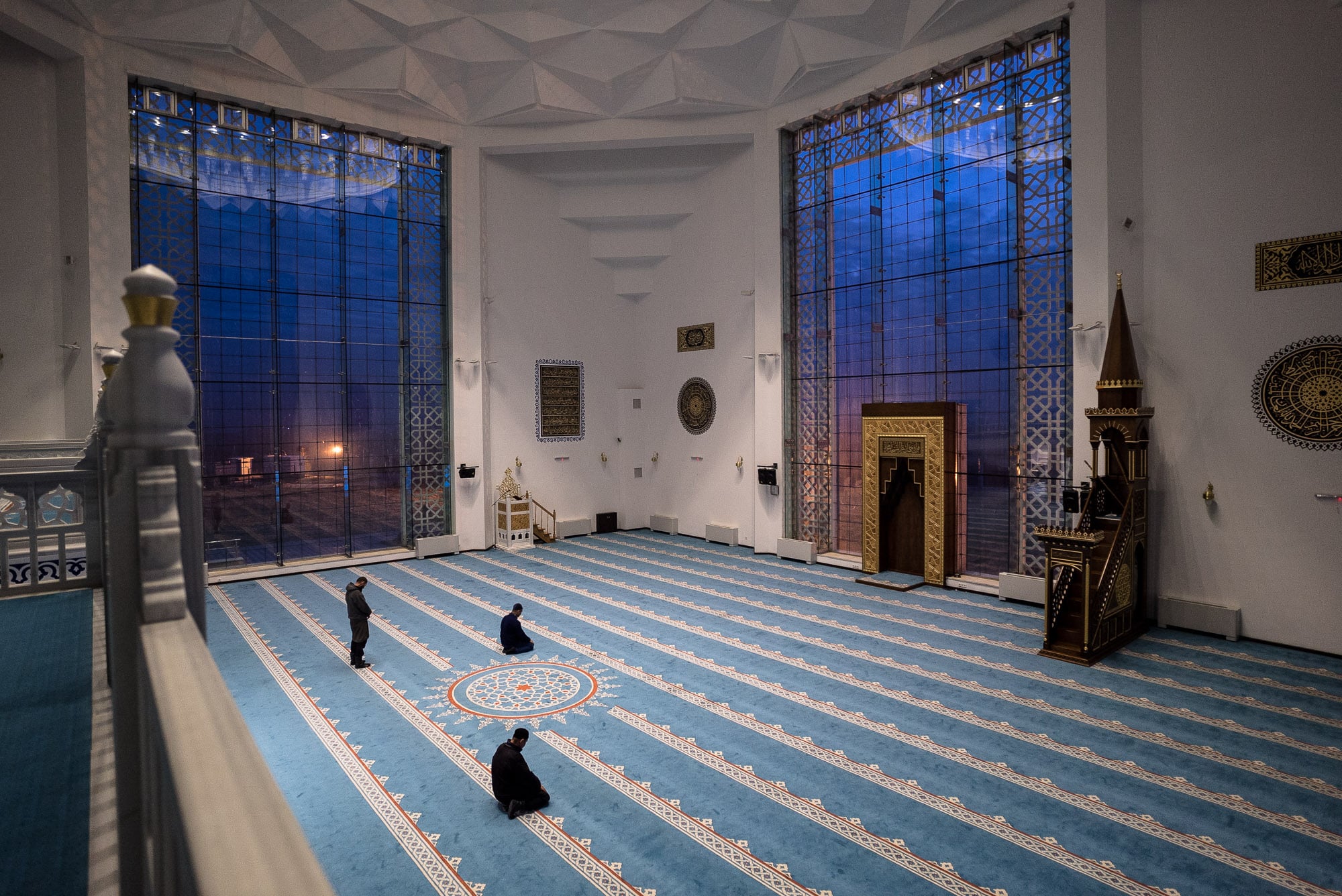 At this point my friend Zhanabay showed up. “Do you want to see the old mosque?” he asked me.

So we went to the old mosque: 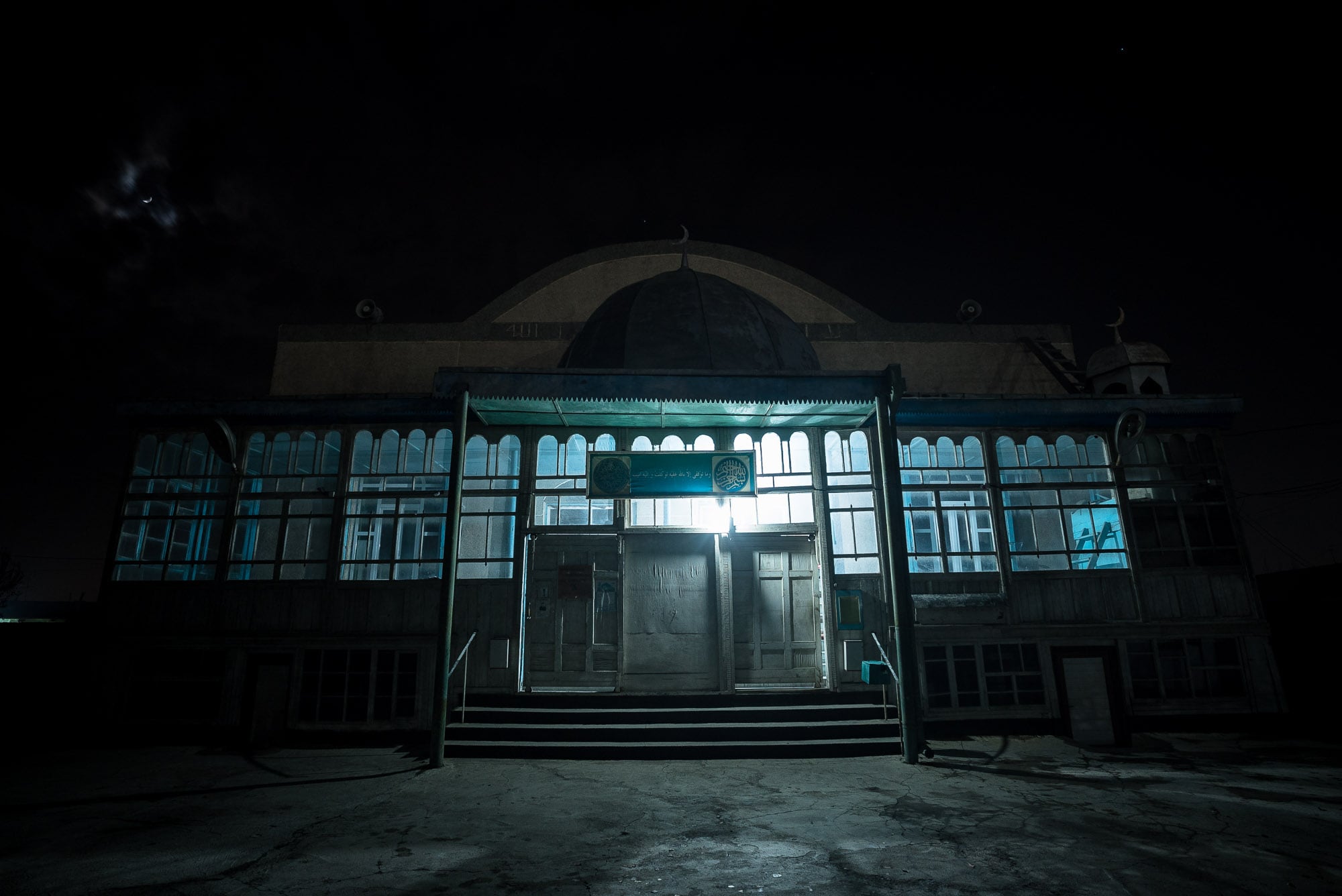 It was a dark, flat building from Soviet times that reminded me of a gym, especially on the inside: 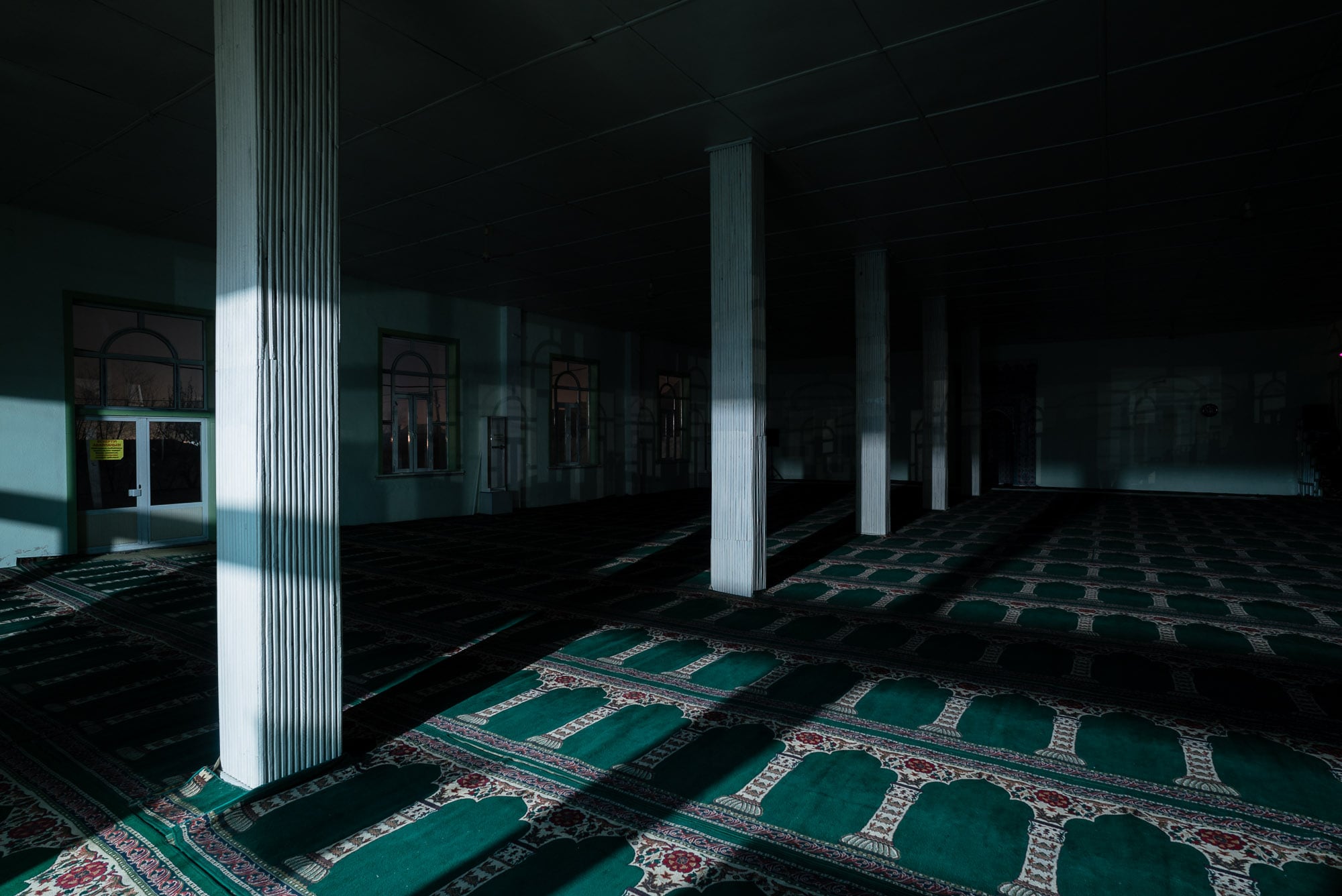 It was very quiet: 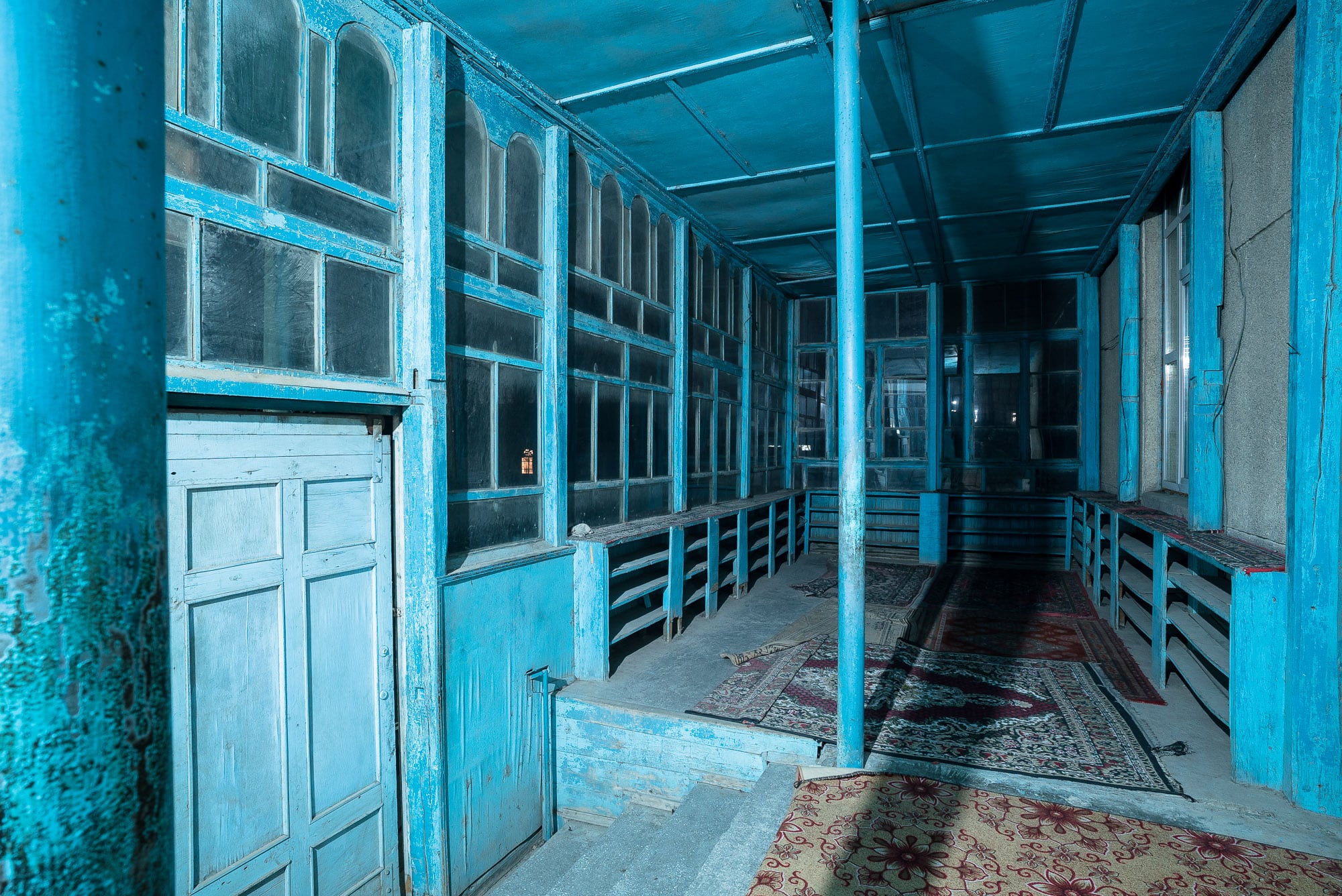 Then this gentleman showed up and started to lead prayer for half a dozen people: 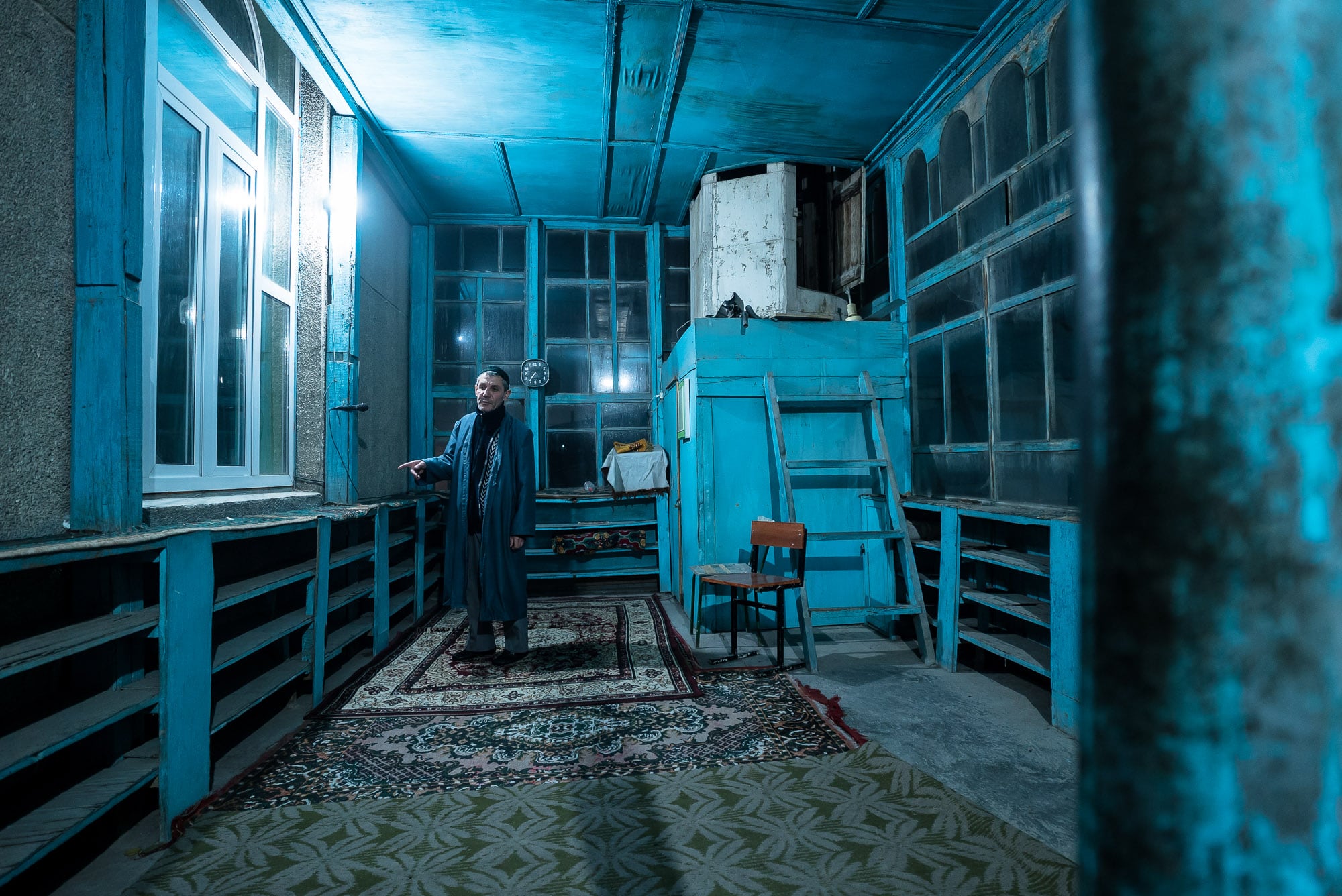 They didn’t go into the main hall for their prayer.

The main hall was too cold.