With my new Uzbek visa in hand, I went to the bus station: 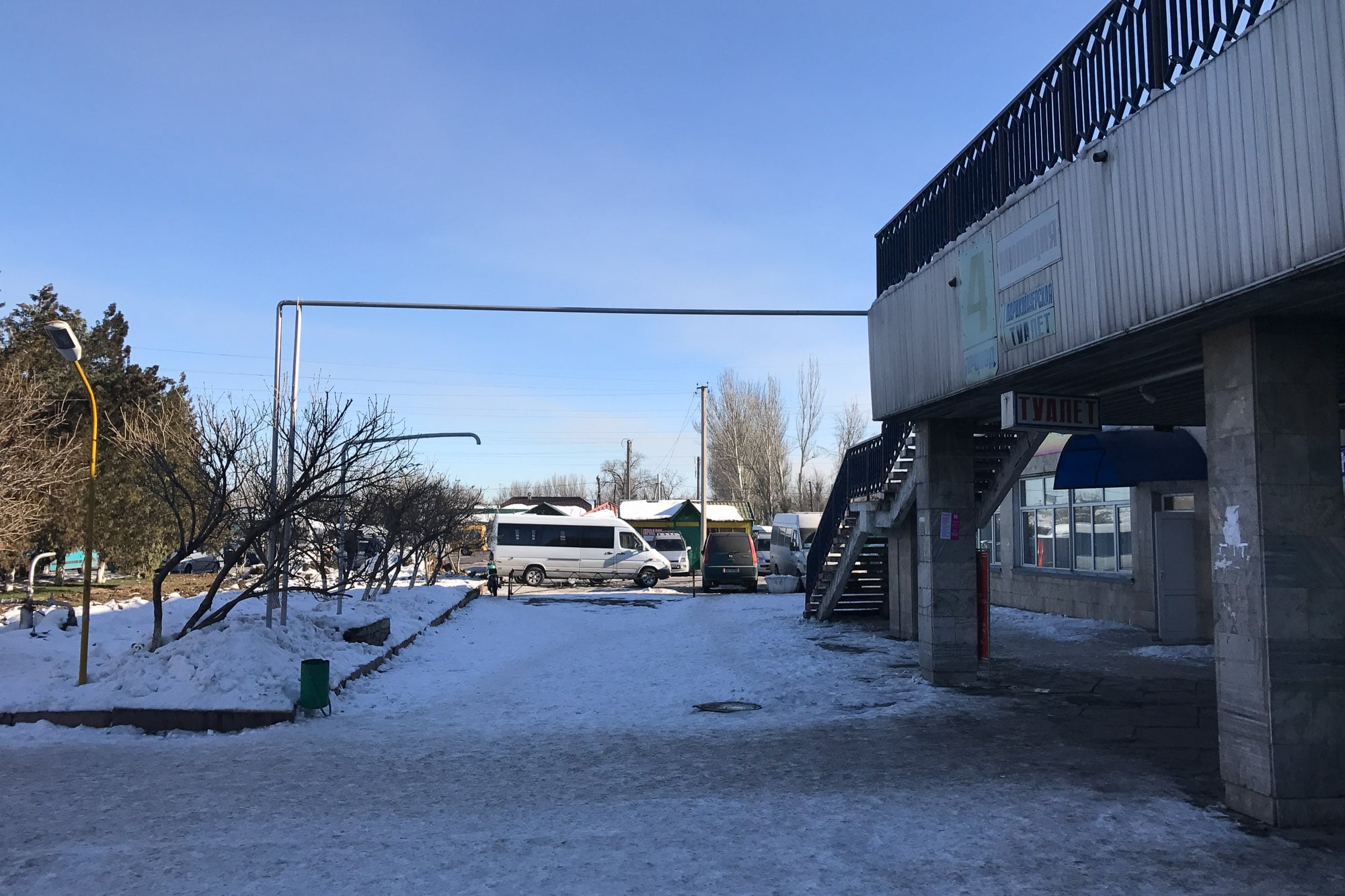 I was going to go back to Shymkent, the place where the Caboose was waiting for me: 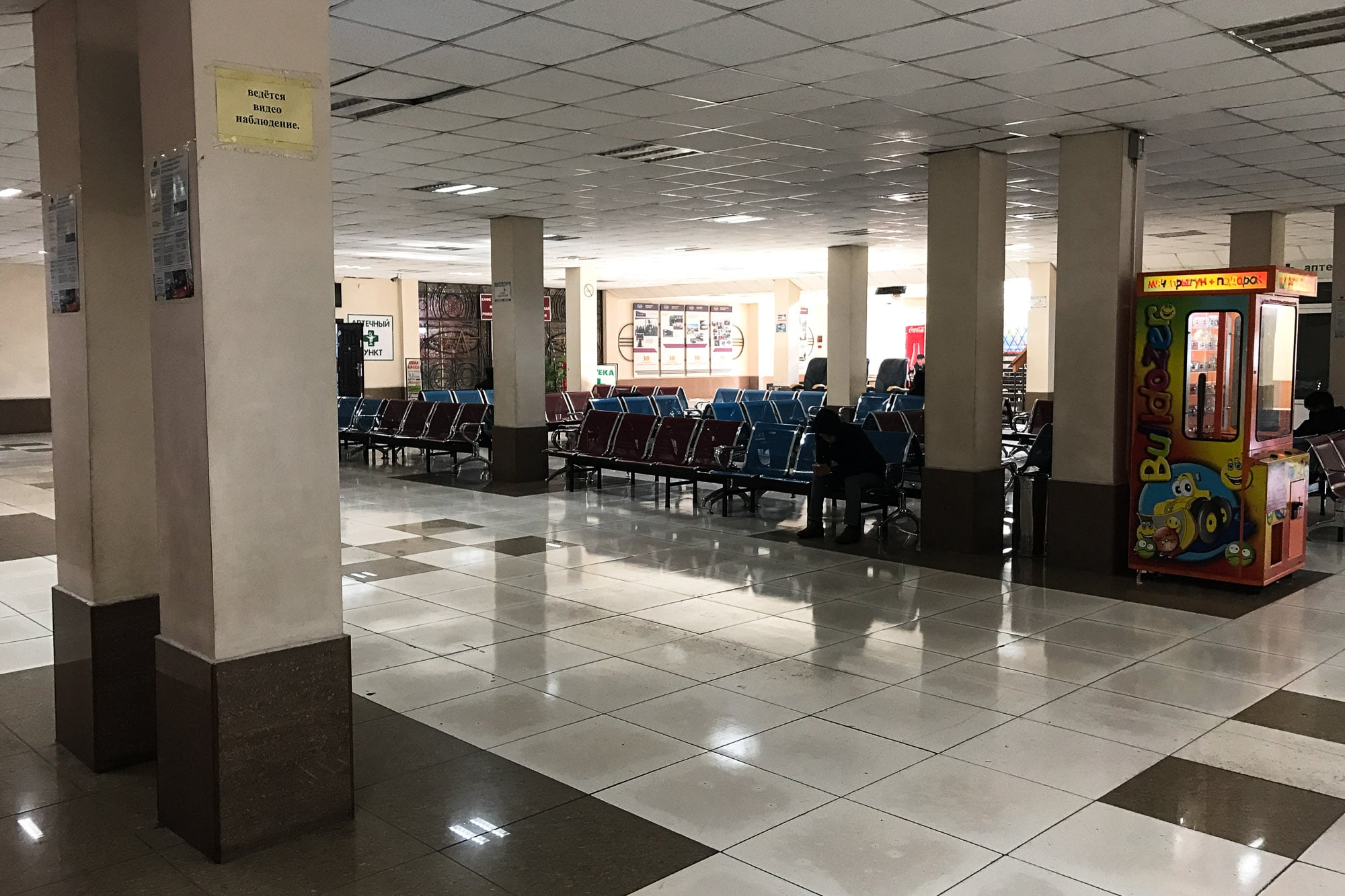 But first I had to wait.

So I found a café and did some work: 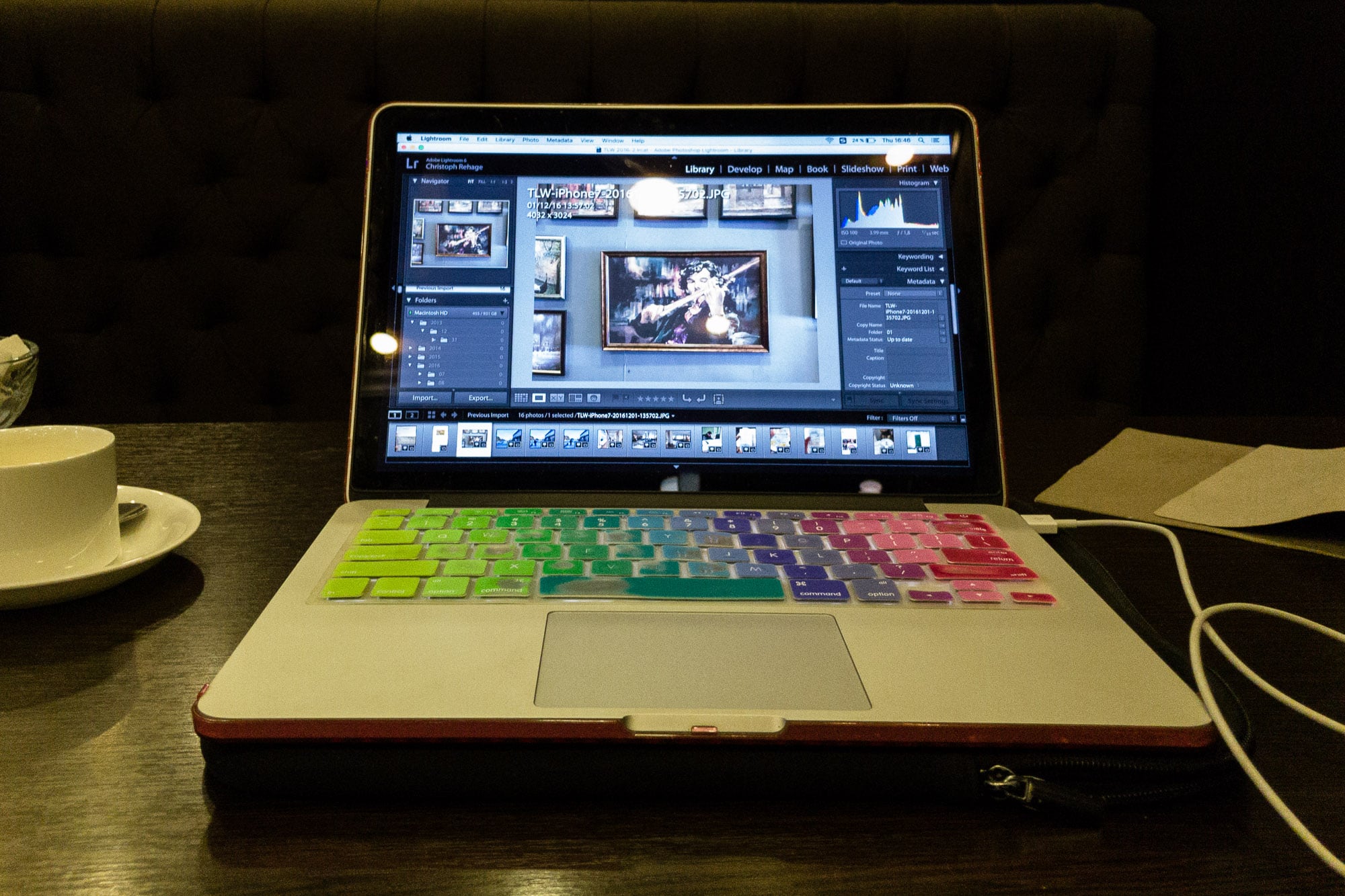 Mostly that meant just replying to tons of emails. I don’t like emails. The only thing I like less than emails are phone calls.

The bus was scheduled to leave after dark.

When I got back to the bus station, there was a dude who wanted to fight me for some obscure reason. I think it all started with me taking a selfie, but up until now I still don’t know why that upset him so much. At some point I just sat down on the bus and the whole thing ended.

The ride to Shymkent was long and boring: 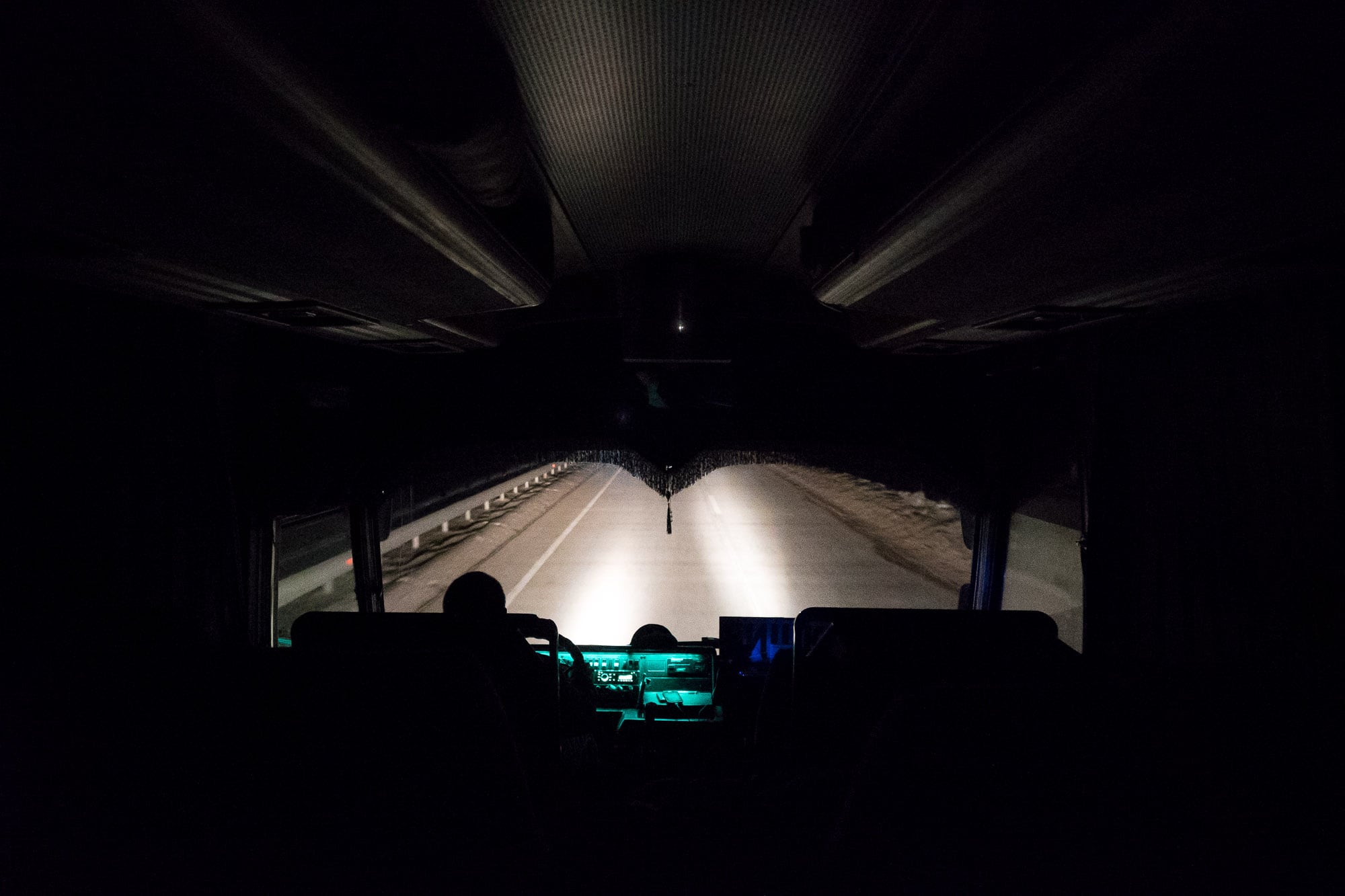 I got off the bus only once when we got to the border I had crossed on foot nearly two months ago: 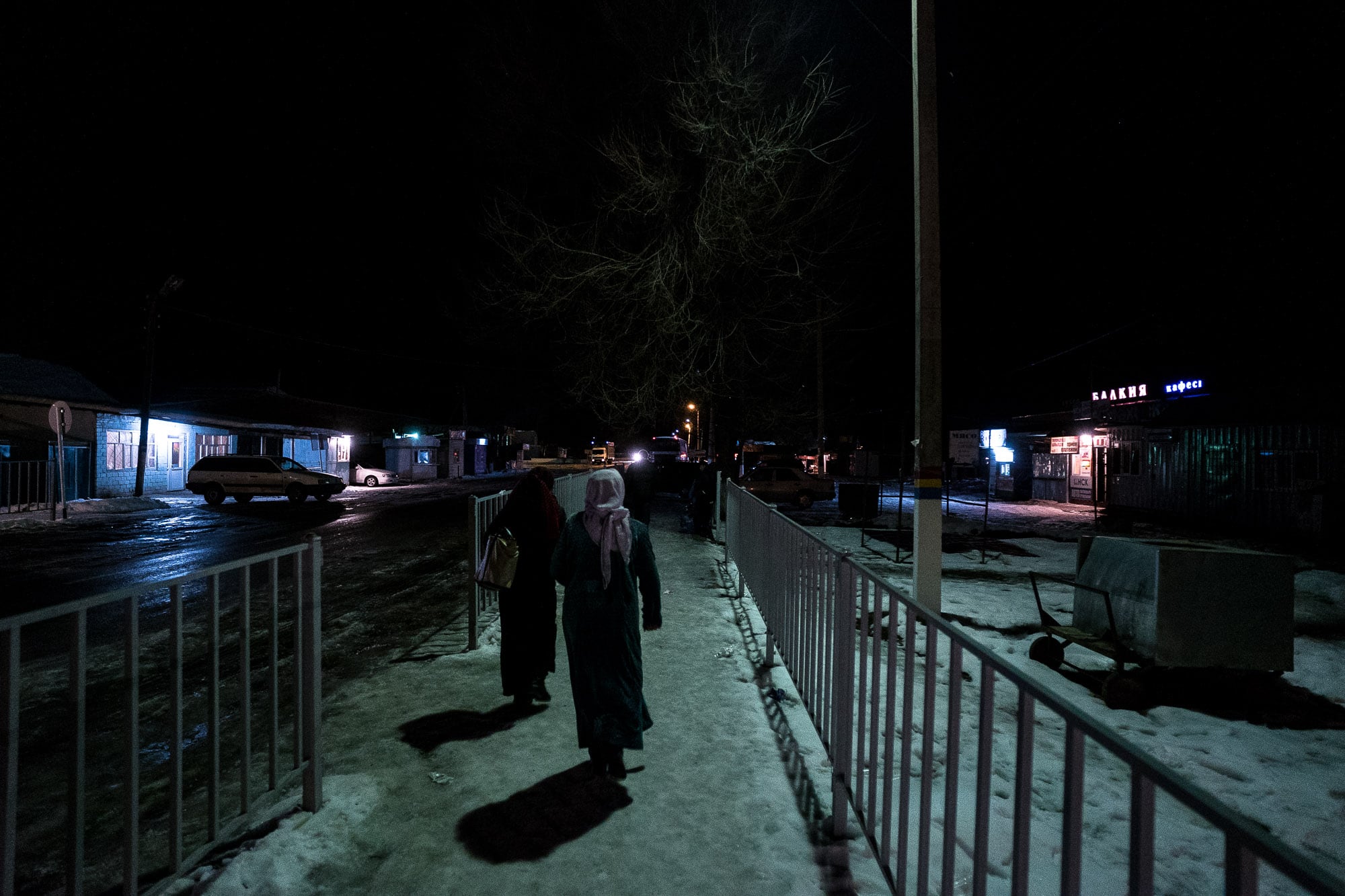 It was cold, and everyone seemed really tired.