I was terrified when my grandma called and said she had notified all of her friends of this live TV show that I was supposed to appear on later that day. 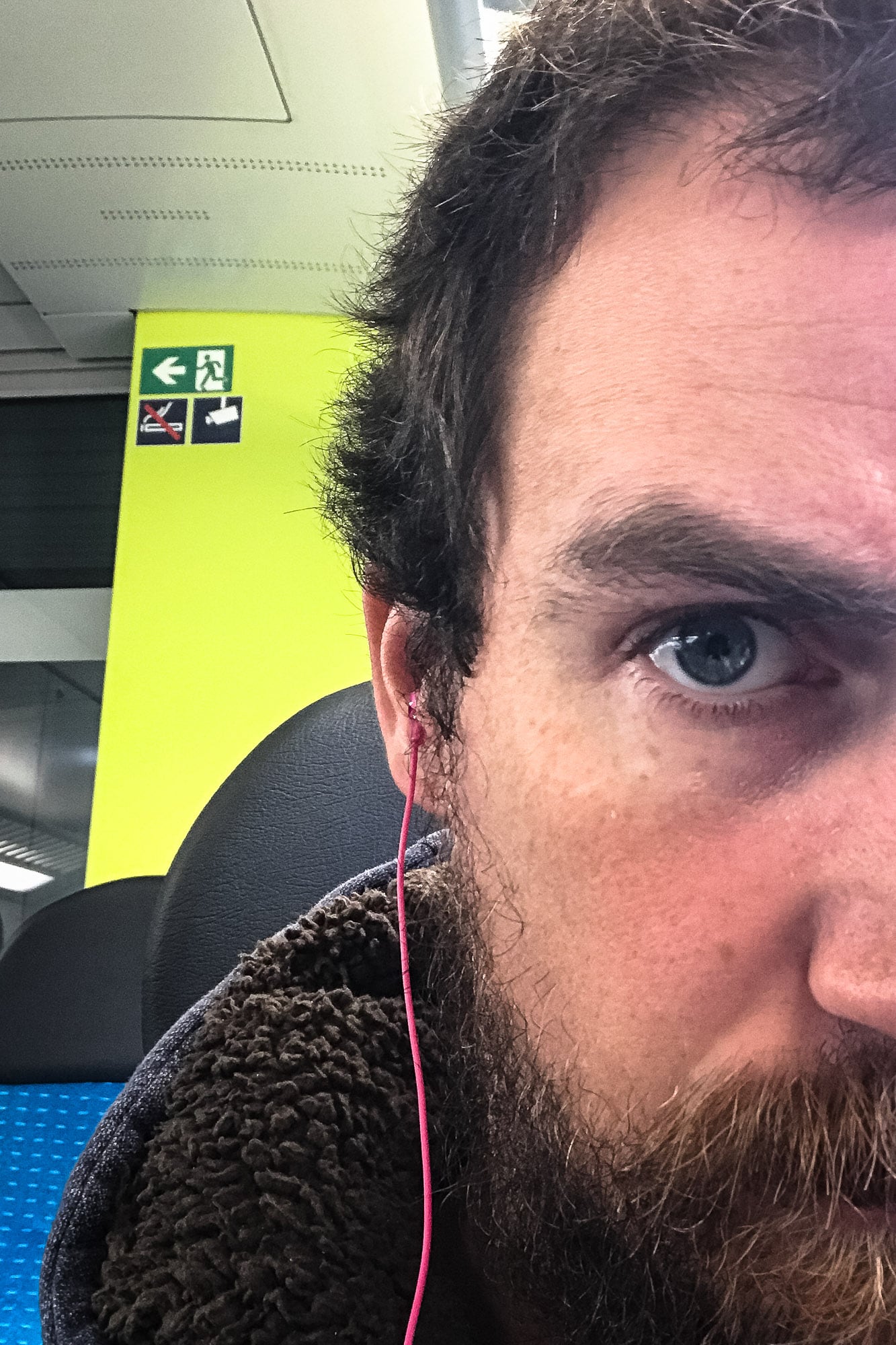 Oh please, no! I thought.

“How nice!” I told my grandma.

Then my other grandma called to tell me the exact same thing: she had also notified all of her friends.

“How nice!” I told my other grandma.

Then I went to Hamburg, found the TV studio and sat around backstage of the show: 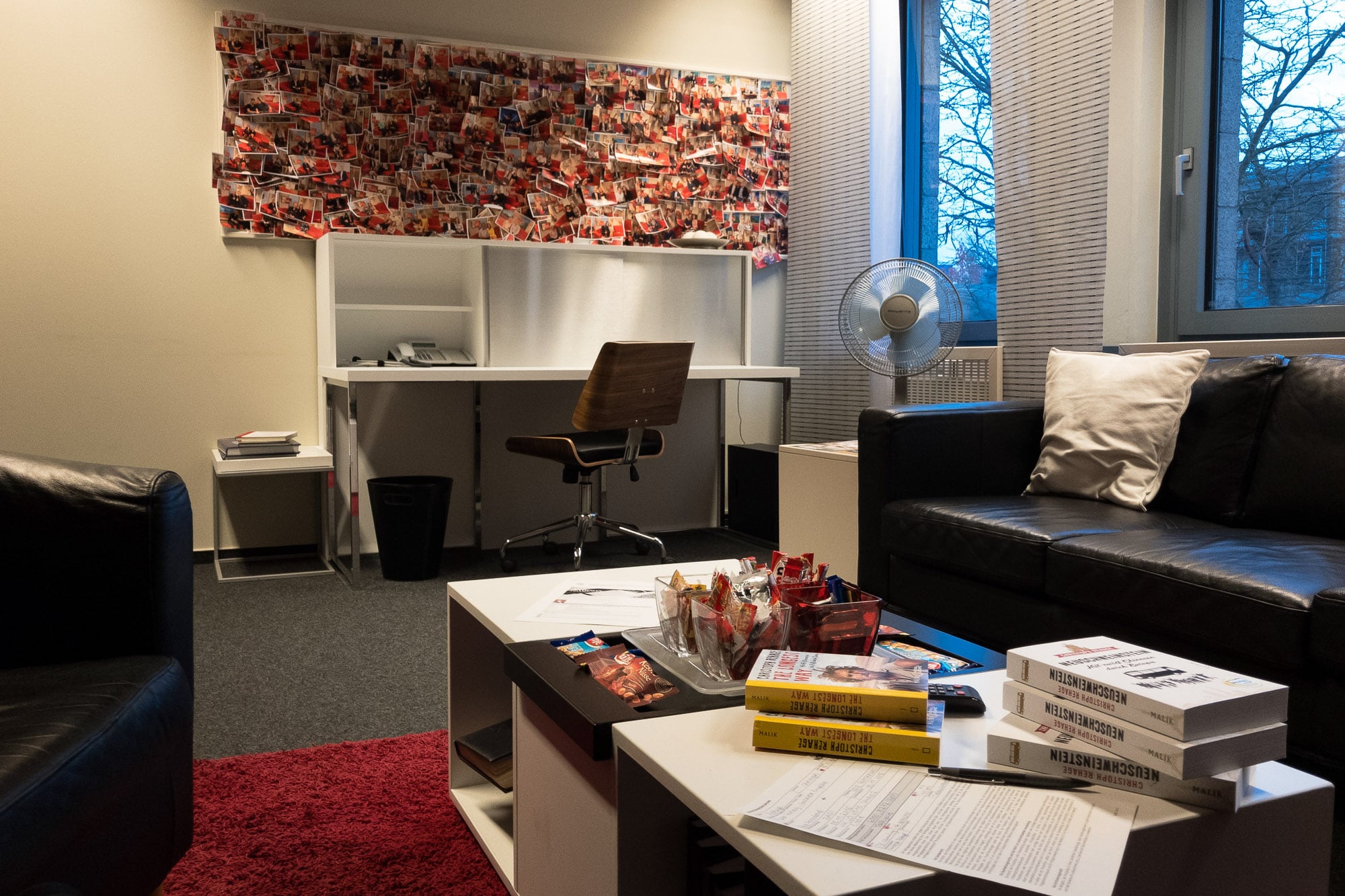 They had all kinds of drinks and snacks there. There was a whole bunch of chocolate just ready for the taking. But I was unable to eat anything except for a banana and an apple. I was too nervous.

Then they called me into the studio and we took a picture right before we recorded the show: 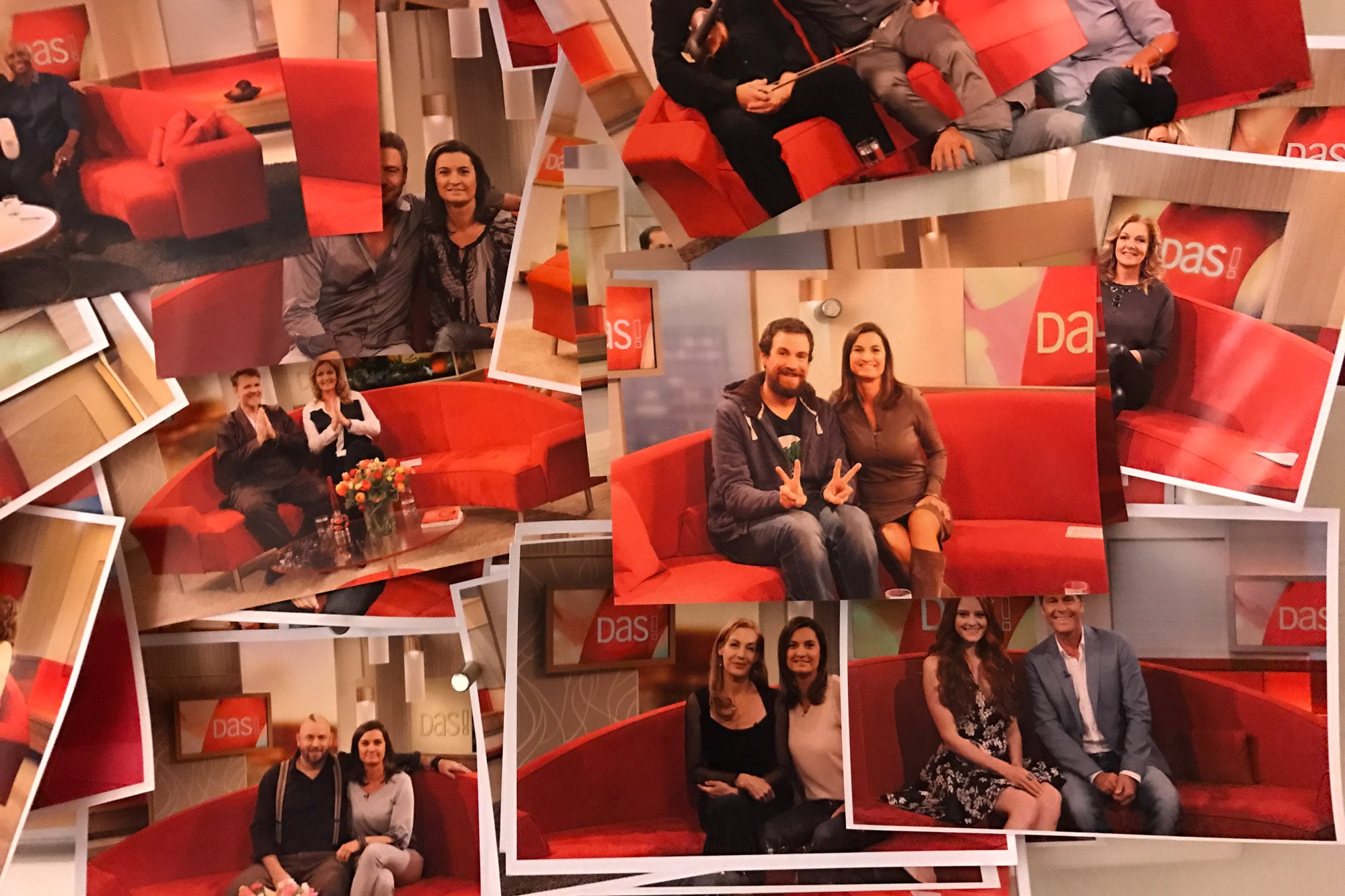 The show was called “DAS!” and it was basically just an interview on a big red couch. Here’s a link (in German): DAS! mit Christoph Rehage

I haven’t watched it yet, but people tell me that they think it went alright.

After the show I was asked to write something into their guest book: 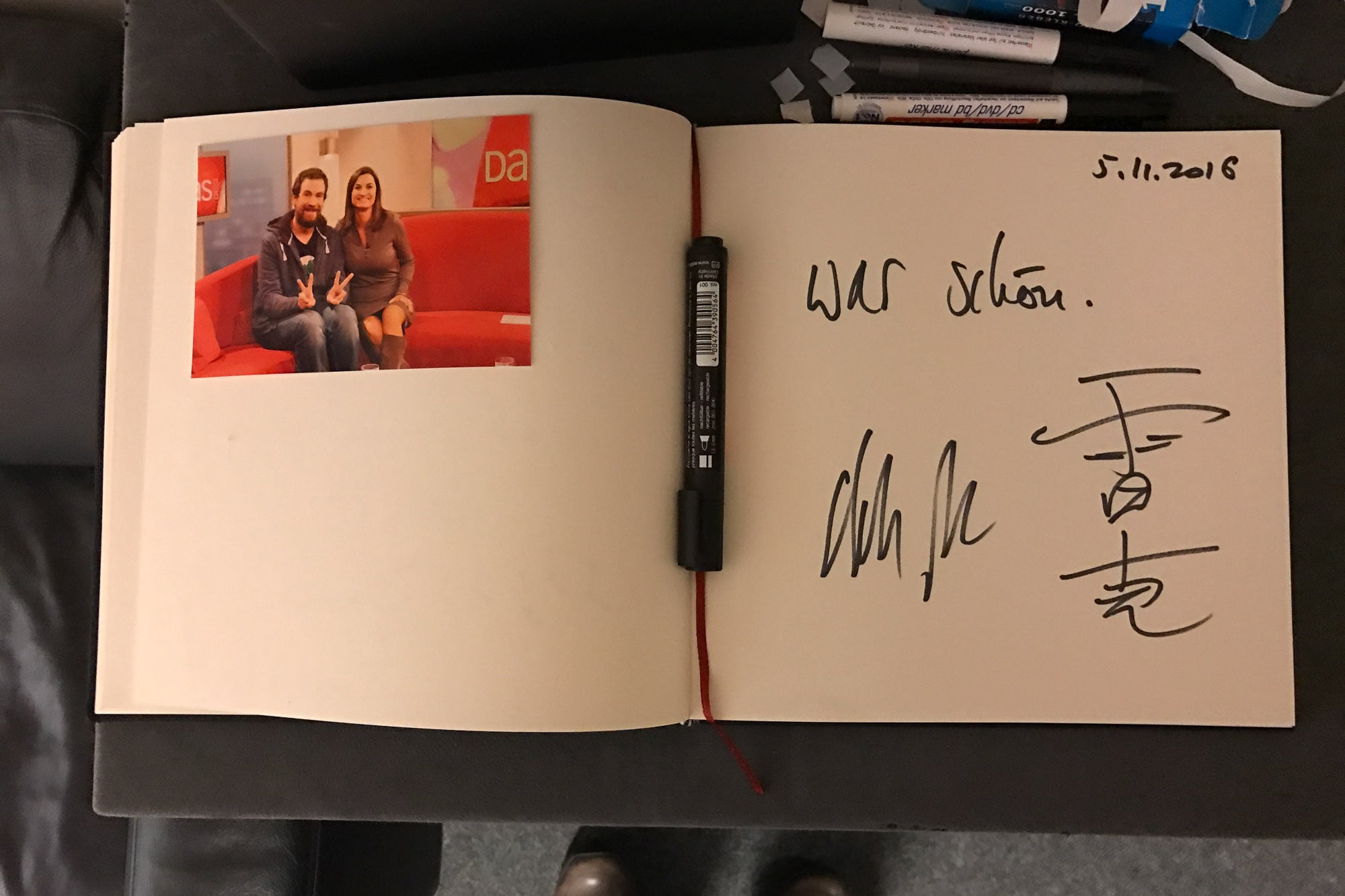 I told myself to come up with something unique and awesome like “I just sat where DJ Bobo had sat before”, but then I just wrote: “it was nice”.

Later that night I went to a birthday bash.

There was food and drink, and the girls were pretty. I felt good.

Then I walked around Hamburg: 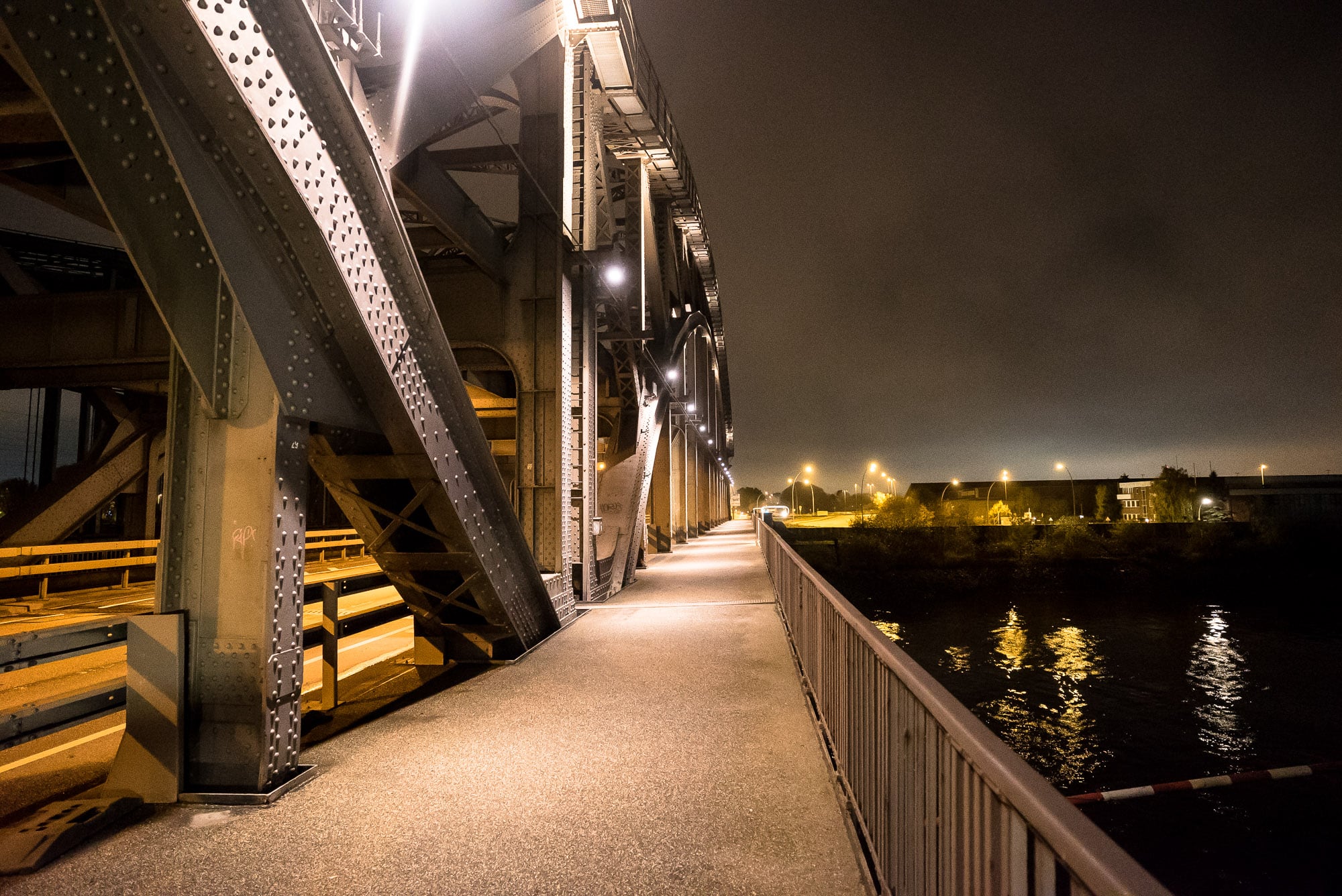 It was very late: 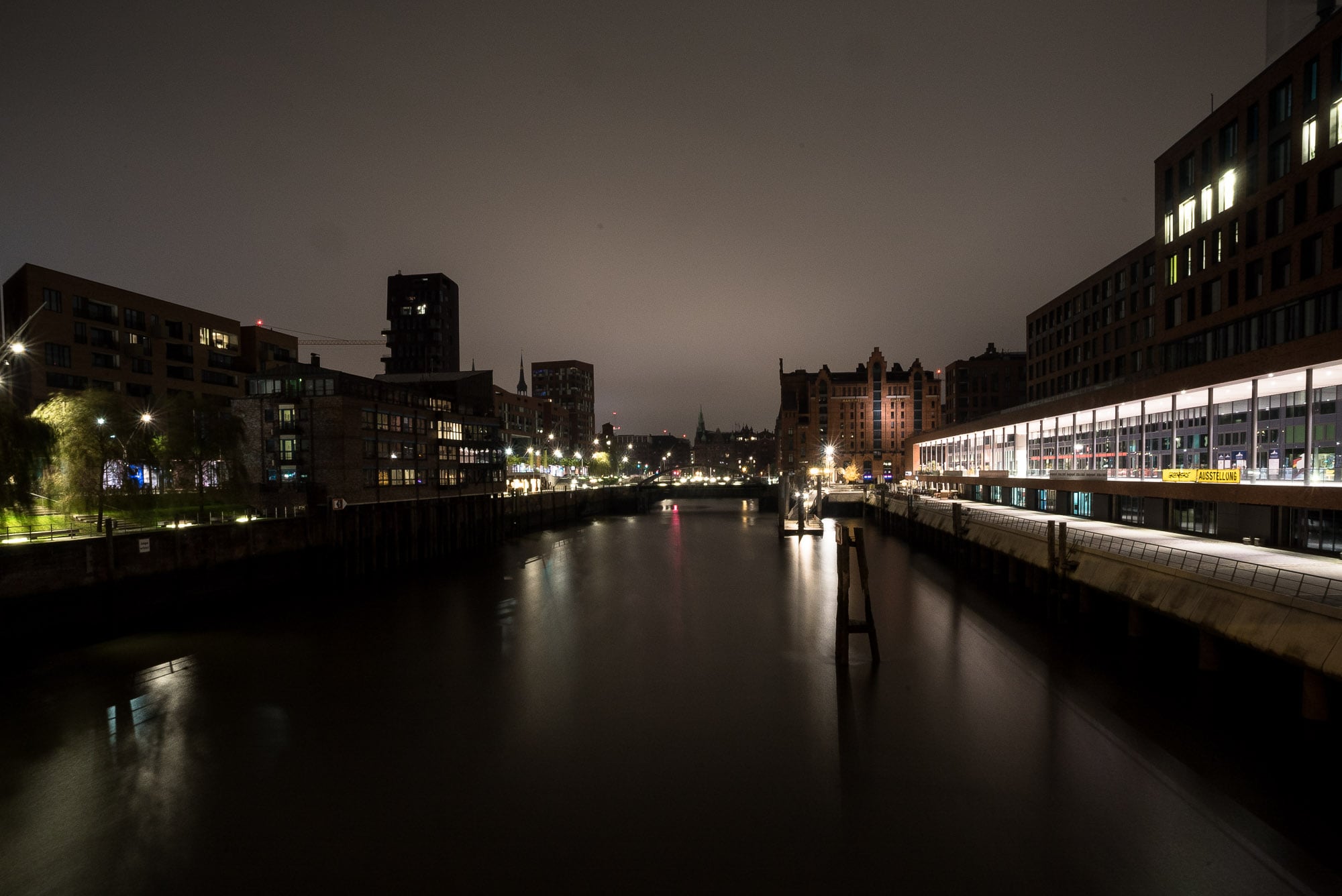 And I walked around for a long time: 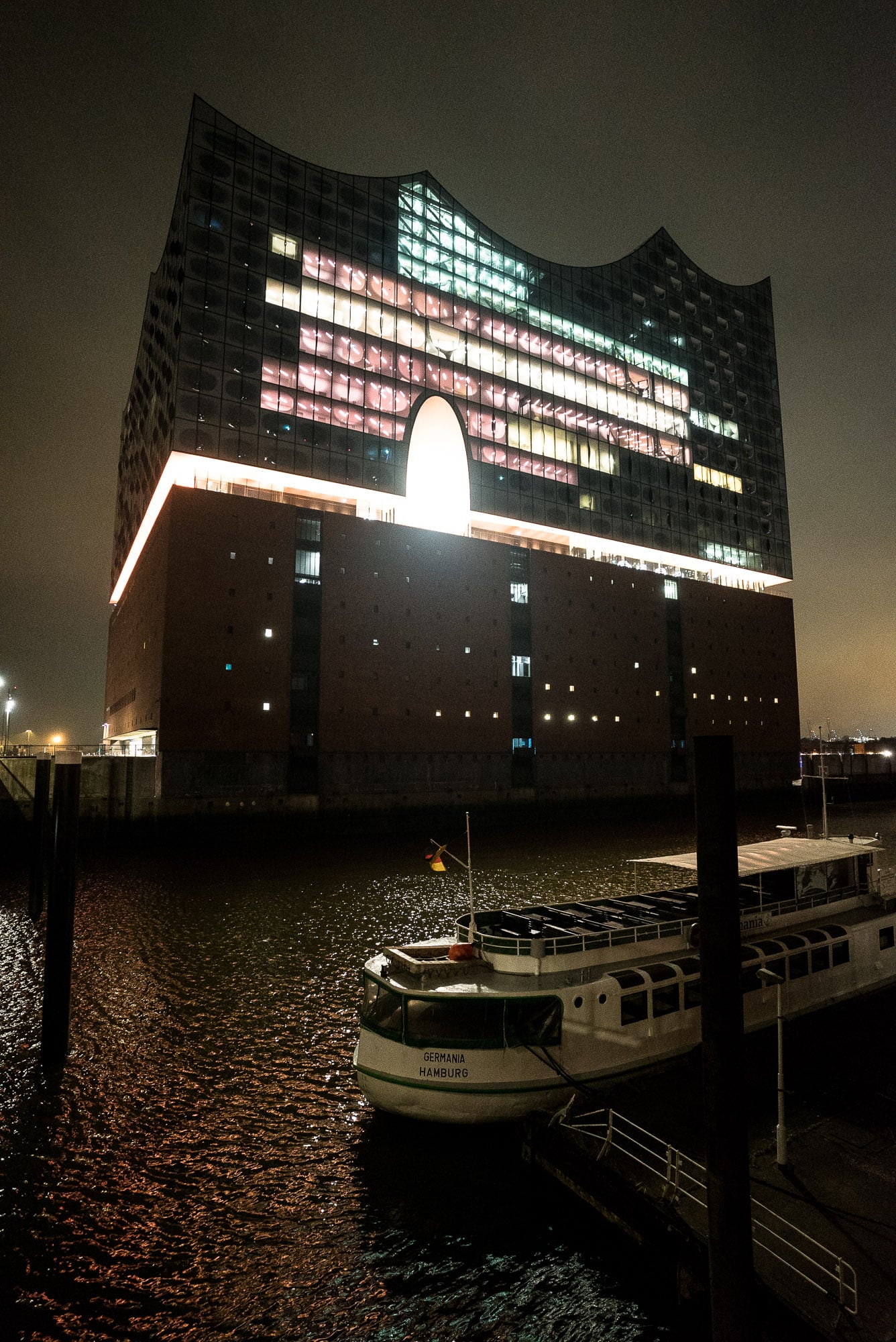 Hamburg was a good place.

The night was beautiful.

And life was good.