This post is about a 27km walk from Qixian to Pingyao. I rest between some graves, then some biker dudes insist on giving me a ride.

There are several songs advising people to “get on the good foot”. It doesn’t always work out, though. Today was another day I started on the bad foot.

It started when I stepped out of the door and saw this: Mark Rowswell aka Dashan 大山 was China’s favorite foreigner. He spoke Chinese flawlessly, and he seemed to have the right kind of attitude. His ads for electronic pocket dictionaries were everywhere, with him in his traditional Chinese outfit smiling at everyone. It always seemed to me as though Chinese people enjoyed looking at foreigners who were a bit on the whacky side. Why though?

Whatever. Qixian had an old town district, but I found it only mildly attractive: Maybe I shouldn’t have gone on a Sunday. Too many people. Too much noise.

I quickly made my way out of there.

Something is odd – I don’t specifically look for it, but I see a lot of things pointing towards death lately: This is money issued by the “Paradise Bank”. People burn it at funerals to ensure that the deceased has sufficient funds in the afterlife.

Taking this impression a few miles down the road I stumbled across a little makeshift graveyard: This guy has lived “a life for the revolution, loyal to the Party.”

I didn’t have a clue why this one was wrapped in red: Maybe he or she wasn’t so loyal after all? Or maybe they were extra loyal?

Whatever the case, I found this place perfect for a rest: 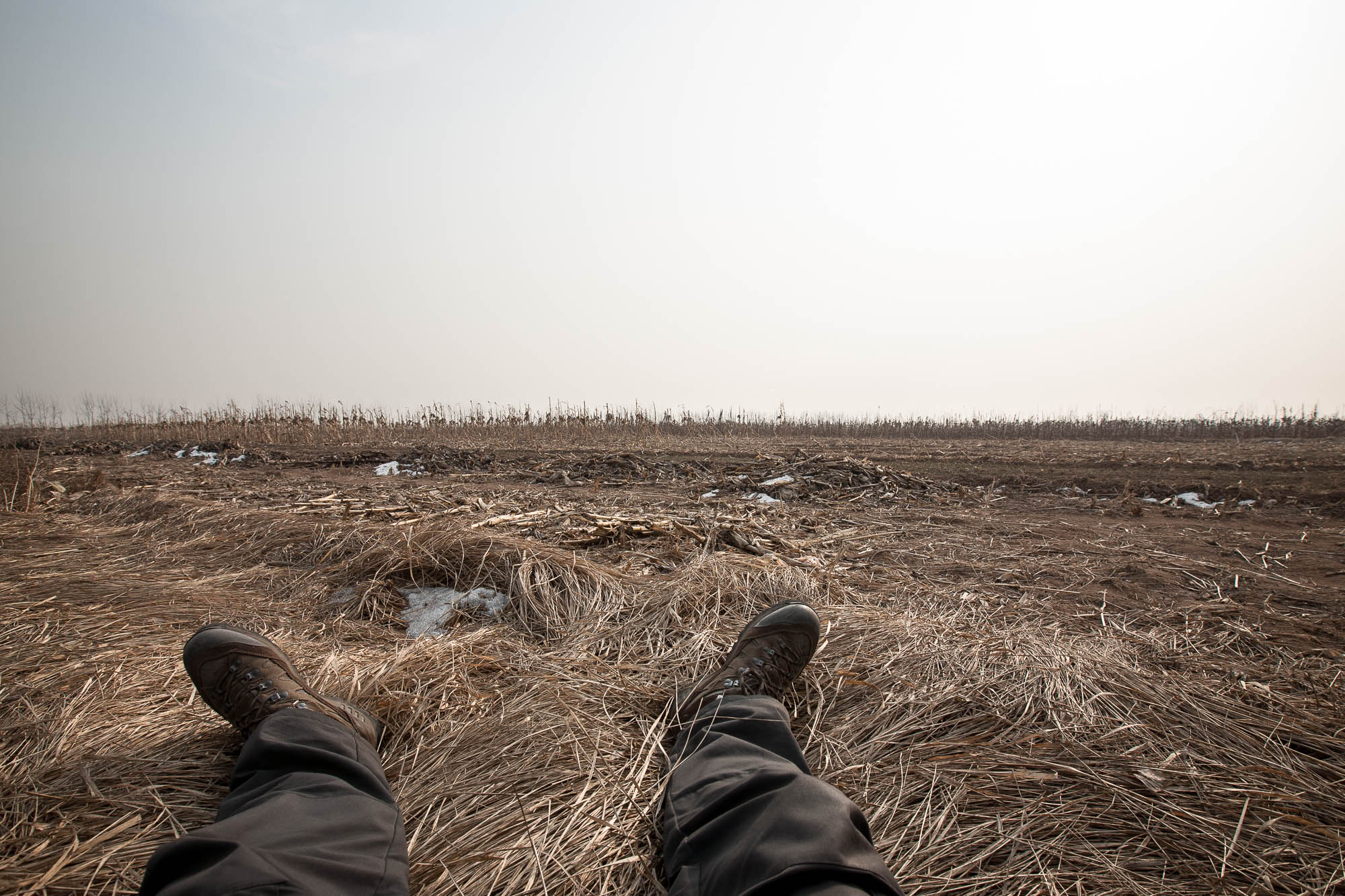 I had a pack of chocolate chip cookies and a bottle of grape lemonade. There was some straw to sit on and a few birds to listen to.

And so I sat there, a drifter, a vagabond, a vagrant, a floater.

Then i was back on the road. I had to make it to Pingyao by nightfall: 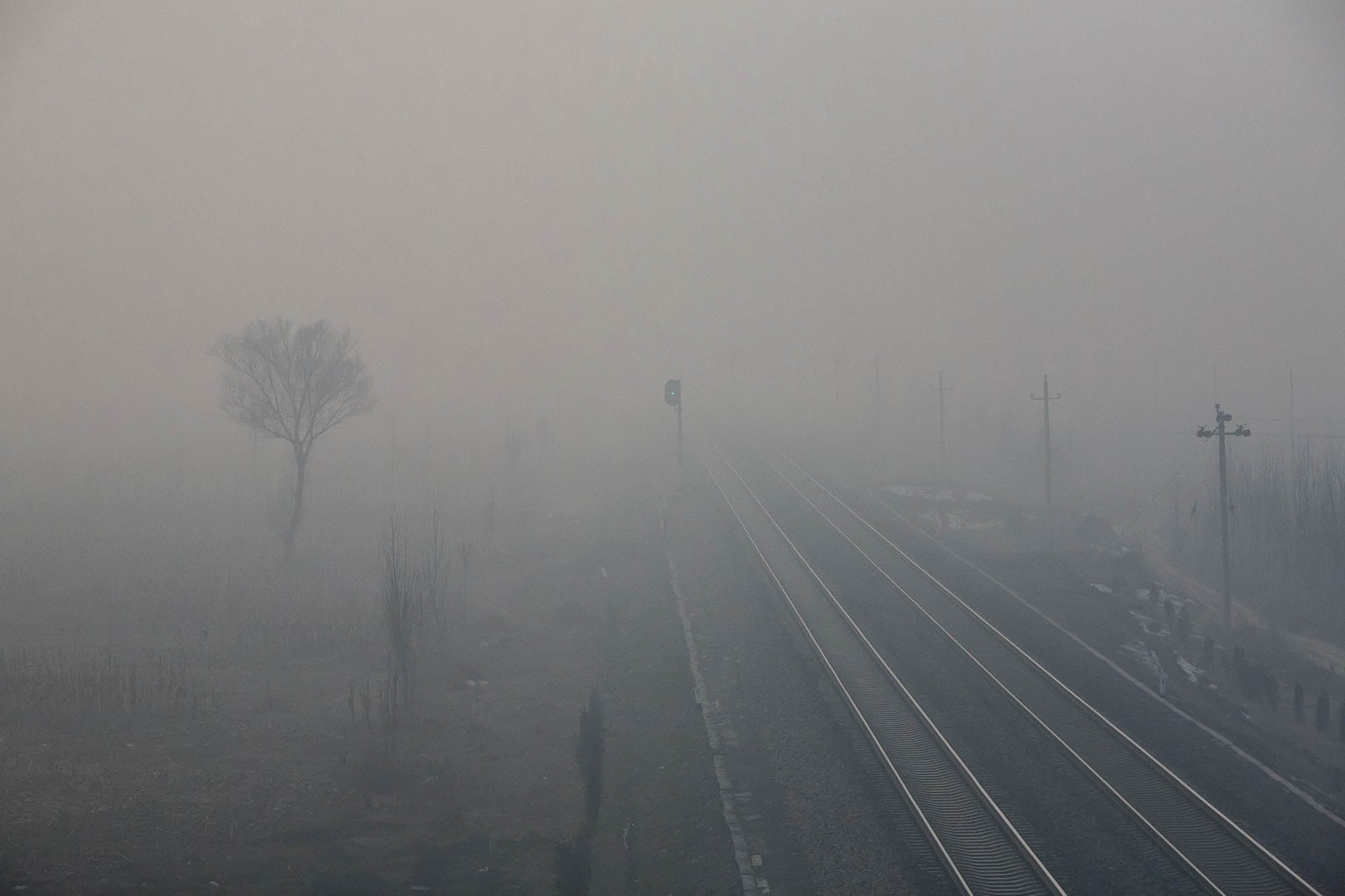 I had grown pretty tired both physically and mentally by now. Christmas was at hand and I really didn’t feel like walking anymore. Much rather would I have hung out in a room full of candles and friendly faces and ginger bread cookies.

But I was going to rest in Pingyao.

These guys offered me a ride: 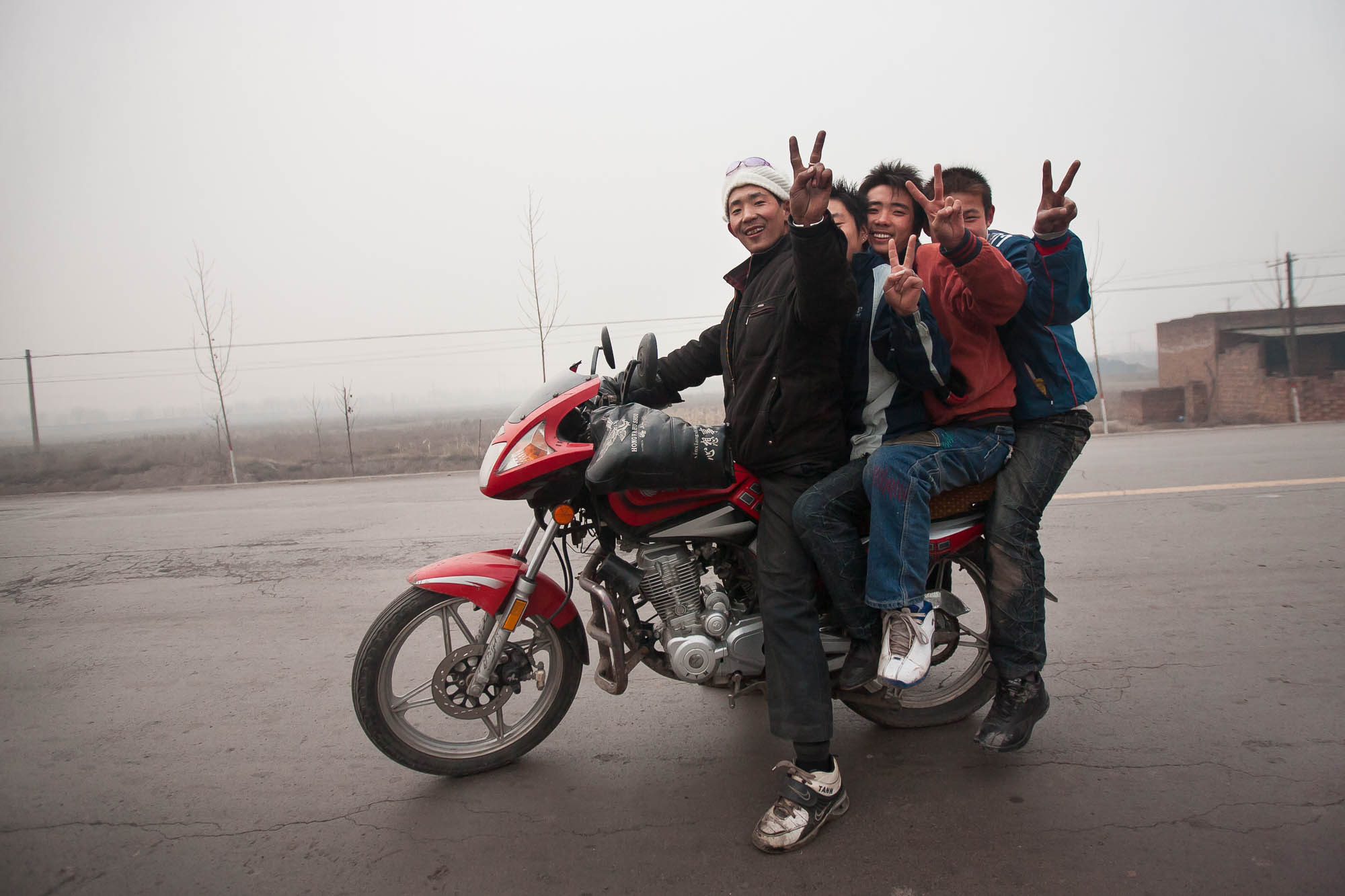 I am not kidding, and neither were they.

Li Shuangyang 李双阳, Song Kang 宋康, Wang Junjie 王俊杰 and Fu Liwei 付丽伟 were insisting that I should take a seat on their motorbike so they could give me a lift to wherever I was going. They seemed to think I really needed that lift.

In the end we all agreed that I would be able to pull off the last 6km by myself.

It just didn’t seem that much anymore after I had told them that I wasn’t just going to walk from Qixian to Pingyao. I had come all the way from Beijing.